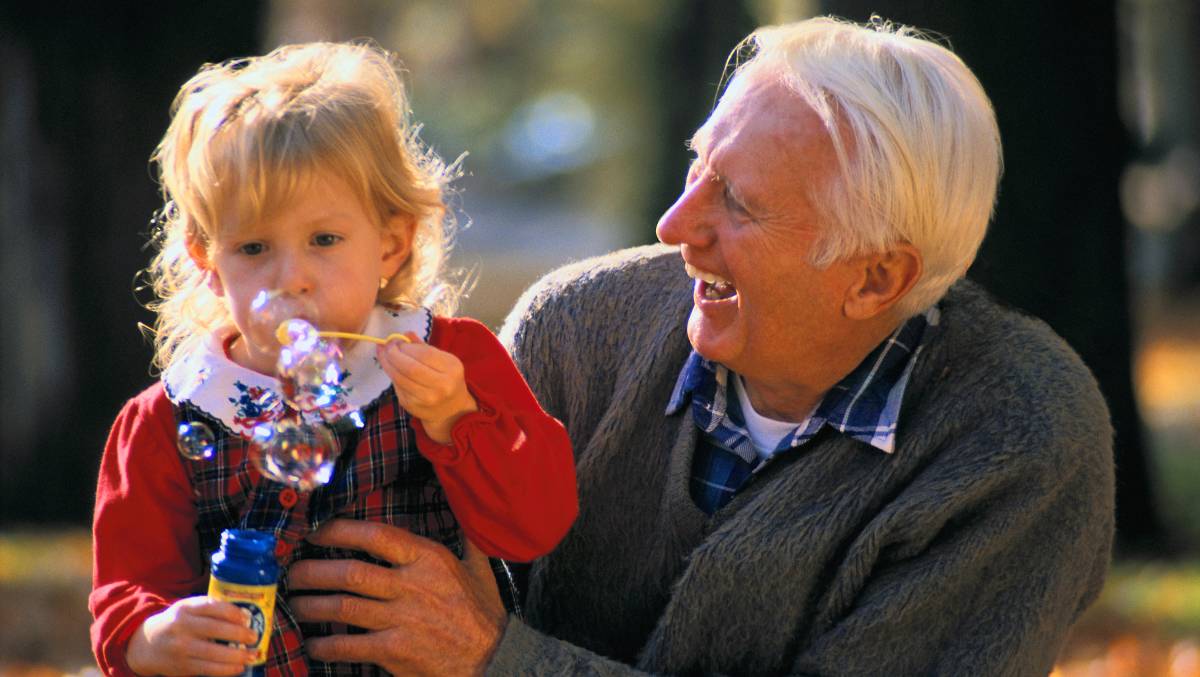 Caring for grandchildren can be a positive experience say researchers.

Caring for a grandchild may be linked to a lower risk of loneliness with active grandparents having larger social networks.

GRANDPARENTS are increasingly being called on to help out with their grandchildren, but this can be a good thing according to researchers.

Caring for a grandchild may be linked to a lower risk of loneliness with active grandparents having larger social networks, which include people who are important to them, than those who don't have this role.

Providing supplementary grandchild care may also boost grandparents' self-esteem, and may facilitate ongoing positive relationships with their children and grandchildren, say the researchers.

Previously published research suggests that social networks may be a key factor in health and wellbeing, particularly at older ages.

Researchers from the Hamburg-Eppendorf University Hospital in Germany drew on information collected in wave 5 of the DEAS survey which has been surveying a nationally representative sample of older German adults (40-85) every three years since 1996.

Wave 5 (2014) was the first time that respondents were asked questions designed to assess their feelings of loneliness and social isolation, using validated scales.

Among the 3849 grandparents included in this wave of the survey, 1125 said they actively cared for a grandchild. Just over half of them were women and most were married and living with their spouse (80 per cent).

Among the active grandparents, whose average age was 66, the average loneliness score was 1.7, and the average social isolation score was 1.6, while the average number of people with whom they were in regular contact was 6.

Grandparents who didn't have an active caring role had higher average loneliness scores (1.8) and were in regular contact with fewer people important to them (4-5, on average).

This is an observational study, and as such, can't establish cause. And it may be that grandparents who felt less lonely and isolated to start with might have been more likely to actively care for a grandchild, note the researchers.

What's more, the study didn't collect information on how near to their grandchildren grandparents lived, how often they provided care, or its quality, all of which might have influenced the findings.

But the researchers suggest: "Assisting their families to balance work and family by providing supplementary grandchild care may boost grandparents' self-esteem, and may also facilitate ongoing positive relationships with their children and grandchildren.

"Moreover, caring for grandchildren may also expand the social circle of grandparents and allow for further opportunities to establish relationships with other parents or grandparents."

But they also suggest that the positive impact might wear off if grandparents are called on too often to step in and care for a grandchild, especially if this interferes with other aspects of their lives.

The study was published in BMJ Open.