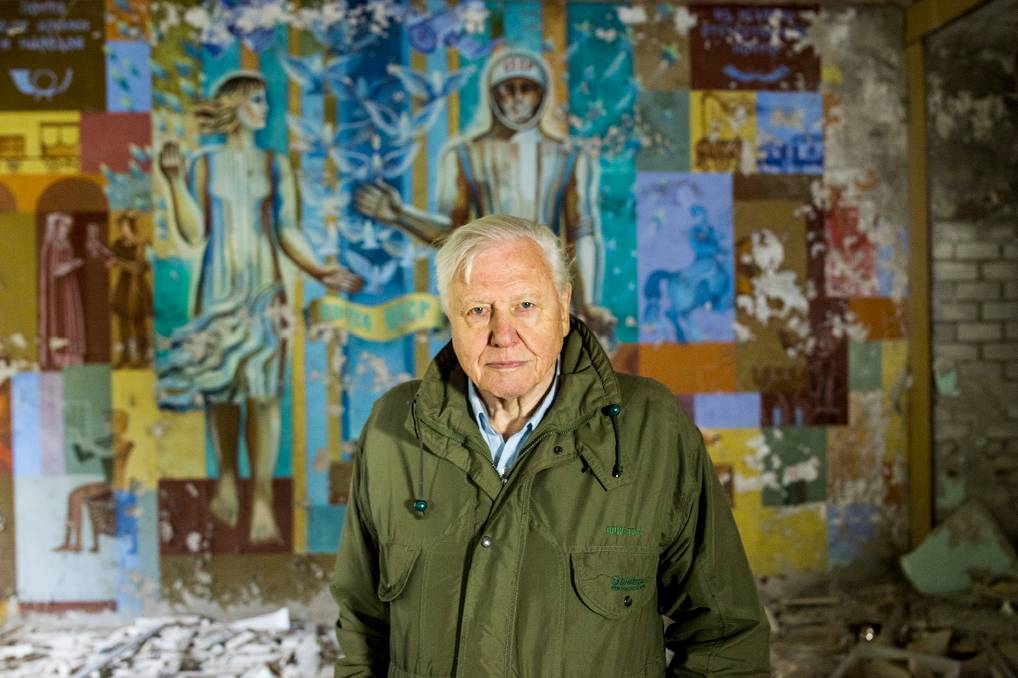 Legendary broadcaster reveals his vision for the future in his feature documentary A Life on Our Planet, to be screened at Australian cinemas on April 17.

IT promises to be Sir David Attenborough's greatest story yet.

And now Australian fans of the celebrated British naturalist and broadcaster can catch his new film - A Life on Our Planet - for one night only when it is screen in cinemas in April.

Described as "one of his most personal projects to date" the feature-length documentary, the film addresses what 93-year-old Attenborough sees as some of the biggest challenges facing our planet.

"Our planet is heading for disaster," Attenborough says in the film. "This film is my witness statement and my vision for the future."

Coming to Australian cinemas for one night only on April 17, following the world premiere at London's Albert Hall the day before, the film also reflects upon both the defining moments of his lifetime and the devastating changes he has seen.

"The living world is a unique and spectacular marvel. The way that humans live on the earth is sending it into decline. Human beings have overun the world."

The film also comes with a powerful message of hope for future generations as Attenborough reveals the solutions he says will help save our planet from disaster.

"We need to learn how to work with nature, rather than against it. And I'm going to tell you how," he says.

The launch of the official trailer for the film was launched this week, a day after Attenborough told the BBC the "moment of crisis" has come in the fight against climate change, warning that governments' targets for decades in the future are not enough to save the planet.

Noting the destruction being caused by Australia's wave of bushfires, Attenborough criticised Canberra's approach to climate change, saying the government's support for coal mines showed the world it did not care about the environment.

The British naturalist also called on China in particular to reduce its carbon emissions, saying he thought other countries would follow if China set a lead.

"The moment of crisis has come - we can no longer prevaricate," said the 93-year-old, who raised public awareness around the world of the danger of plastic pollution in oceans with his television series Blue Planet II.

"We have been putting things off year after year, raising targets and saying 'Oh well if we do it within the next 20 years...'," he told the BBC in an interview.

"This is an urgent problem that has to be solved. And what is more is that we know how to do it - that's the paradoxical thing - that we are refusing to take steps that we know have to be taken."

The film has been produced by award-winning wildlife filmmakers Silverback Films and global environmental organisation WWF.

"Right now, Australia is in the midst of its worst drought and fire season on record. The fires have tragically taken lives and have been devastating for Australia's wildlife and wild places, as massive areas of native bushland, forests and parks have been scorched. It is a window into the climate emergency that has shocked the whole world," he said.

"It is more important than ever that people understand the challenges humans and the planet face. By truly understanding why nature matters, and how we can save it, then we can create a future where people and nature can thrive together."

Cinema audiences will also get to enjoy some exclusive content. Attenborough will be joined live on stage at the Albert Hall by special guests to talk about issues raised in the film.

Tickets are now on sale in cinemas in Australia. For a list of participating cinemas click HERE

The film will be released globally on Netflix later this year.