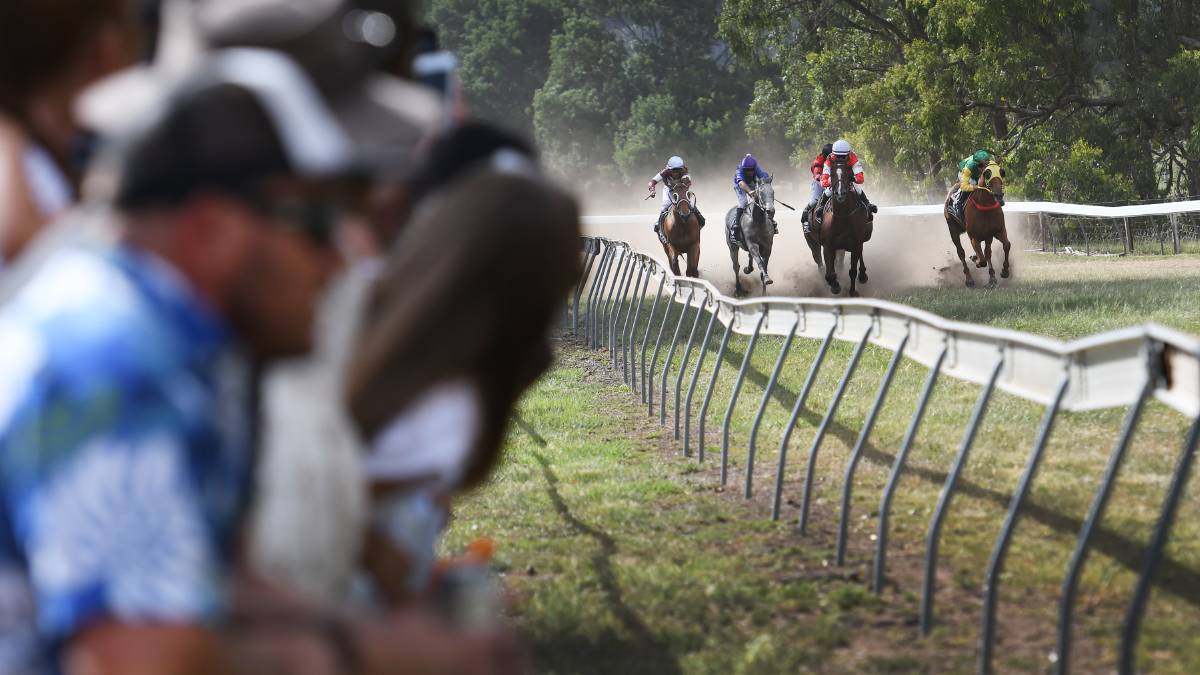 CALLED OFF: The Wallabadah Cup meeting has been called off for only the second time in 167 years. Photo: Gareth Gardner 010119GGD01

"This is the first time in our 167-year history, that we have had to cancel due to it being simply too dry."

FOR the first time in 167 years, the Wallabadah Cup meeting has been called off due to ongoing drought conditions.

A staple on the region's racing calendar, the New Year's Day event is the Wallabadah Jockey Club's only meeting for the year.

It is also one of the most anticipated events for spectators, who flock to the venue from across the region.

The decision to cancel the annual showcase comes after several other tracks, such as Armidale and Tamworth, have had to cancel or relocate race meetings for the same reason.

The club took to social media to announce the decision to racing fans.

"As some of you may have heard along the grapevine, we regret to inform you all that due to the drought conditions our 2020 Wallabadah Cup race day has been cancelled," the post read.

Support the local news that keeps you informed - subscribe today.

Club president Tim Mackie said went the decision "had not come lightly" and was a true reflection of the challenges of the conditions in the region.

"We consulted with Country Racing NSW, who were very supportive, and we it was decided the best course of action for the safety of the jockeys and the horses was to cancel this year's meeting," Mackie told the Leader.

"A lot of factors went into the decision, and while it is disappointing, there are far worse things happening around the region at the moment, such as bushfires.

"The meeting does hold a unique place in everyone's hearts and no one is as disappointed than our club, as we are completely a volunteered-based club but we will move on.

Tamworth trainer Sue Grills described the cancellation as "a real shame" and suggested relocating the meeting to Quirindi.

"This is a horrendous drought and I think all of the local jockey clubs are doing the best they can given the circumstances," Grills told the Leader.

"I was really surprised the meeting wasn't shifted over to Quirindi.

"It's close by, the track is in pretty good condition given the current conditions and I think it would have made for a pretty nice day."

The story Wallabadah Cup's 167-year run comes to an end, thanks to drought first appeared on The Northern Daily Leader.