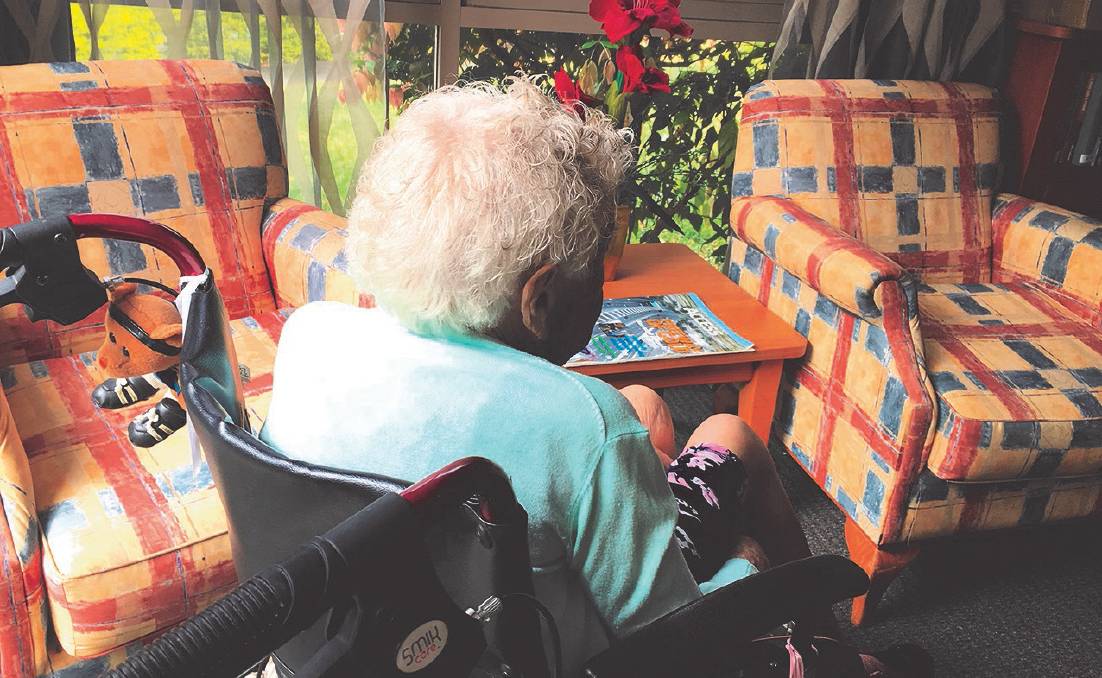 The aged care royal commission wants fundamental reform and a redesign of a failing system.

AUSTRALIANS "deserve much better than rotting in an aged care bed with maggots".

National Seniors chief advocate Ian Henschke's comments largely reflect the attitude of the public, stunned by revelations of poor care coming out of the Royal Commission into Aged Care Quality and Safety.

The commission's interim report, aptly titled Neglect, has described the aged care system as a shocking tale of neglect that needs a complete overhaul, and not mere patching up.

The scathing report by commissioners Richard Tracey (who died before the report was delivered) and Lynelle Briggs pulled no punches.

"The neglect that we have found in this royal commission to date is far from the best that can be done," they wrote. "Rather, it is a sad and shocking system that diminishes Australia as a nation."

The commission wants immediate action to cut home care waiting lists, stop the over-use of drugs to sedate residents and end "a national embarrassment" by stopping the flow of younger people with disabilities into aged care.

"When you have more people waiting for home care than actually receiving it, you know you have a broken system," Mr Henschke said.

"There are about 99,000 older Australians receiving home care right now and 120,000 on the waiting list - and that's just an abject failure by the government."

Council on the Ageing Australia chief executive Ian Yates said the "unescapable" message was that hundreds of millions of dollars are needed towards home care packages "now, this year, not in 2020".

"COTA has repeatedly advocated that older Australians must not wait longer than three months for care and the Department of Health told the royal commission this would cost between $2-$2.5 billion per annum to achieve," he said.

Federal Aged Care Minister Richard Colbeck said the government was putting a lot more home care packages into the system, but said the way they were delivered into the market needed reform.

"I think given that there's about $600 million of funds that are tied up with packages that's not actually being utilised to provide care, there's also some reform of the system that's required and we'll start looking at that now," he told reporters.

The commission said it was clear the additional packages would not satisfy the current and growing demand for home care, given the extent of the pre-existing waiting list.

It also said there was no reason to delay action on chemical restraints and younger people being stuck in aged care.

In a statement, Senator Colbeck and Health Minister Greg Hunt said the problems raised in the interim report "have challenged governments, industry and the community over many decades and require a co-ordinated response from all involved".

Shadow aged care spokesperson Julie Collins it was "shameful" that in a wealthy country like Australia older people could not get the care they need.

A broken system that must be reformed is how Anglicare Australia acting executive director Roland Manderson described aged care.

"It's fitting that the commissioners have called their report Neglect," he said. "It describes a system which can't assure us that people will be well cared for, valued or respected.

"Worst of all, the problems it faces have been known for years.

"The commission has shown how many factors come together under this broken system - overworked staff, distressed families, a broken funding model, and older people who should be at the centre of aged care and are instead ignored."

"It is unacceptable that the system does not deliver uniformly safe and quality care," he said. "The commissioners are right to say that this shocking tale of neglect diminishes Australia as a nation and it is time for a reality check.

Mr Rooney said getting the workforce right was fundamental to getting care right.

"Our dedicated aged care workers have reported ... high levels of job satisfaction but high levels of stress, feeling overworked and over-scrutinised, as well as underpaid and undervalued," he said.

"Our sector must regain the trust of Australian community by working together to solve the problems because how we care for our elders speaks to who we are as a nation."

"Absolutely critical will be new funding solutions and large-scale community education about ageing and aged care," she said.

Submissions will be accepted until close of business on December 6.