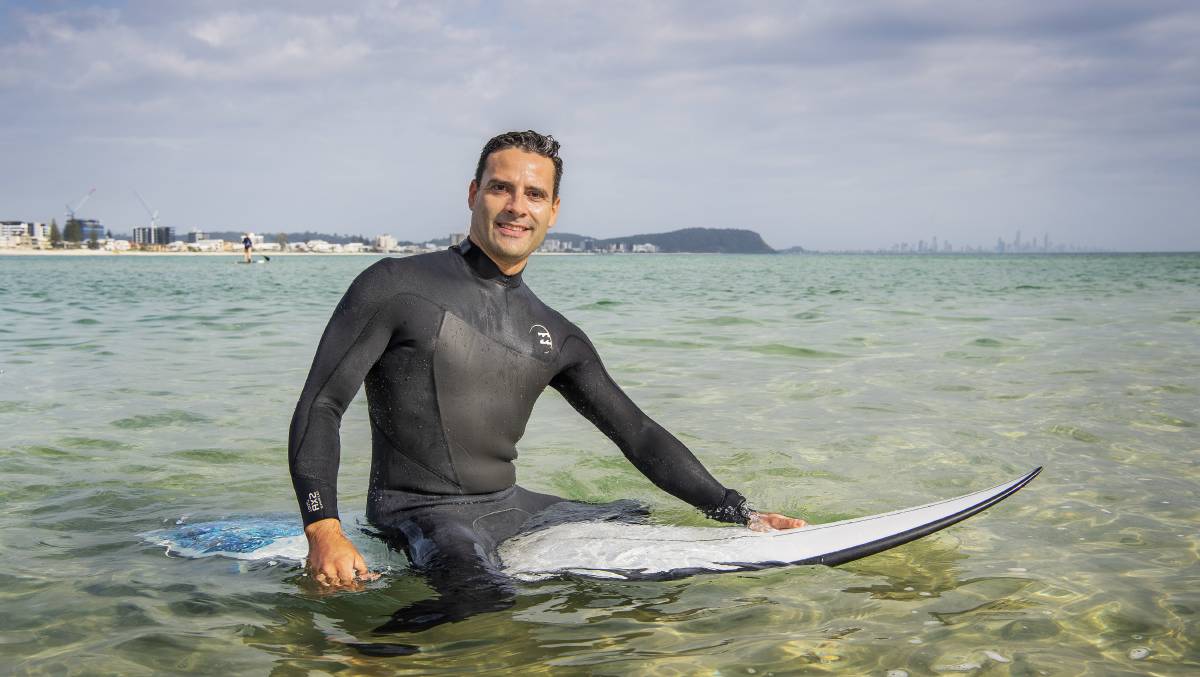 HEAD OF THE BOARD: Bond University's Vini Simas says surfing may be the secret to better bone health in middle-aged and older men.

How hitting the waves could help improve bone density and strength for men aged 50 to 75.

HEY GUYS, want better bones? Then grab a surf board and head to the beach.

New research suggests the secret to better bone health for men over 50 could be as simple as getting out in the waves for a morning surf.

Bond University PhD graduate and teaching fellow Vini Simas' study reveals the pressures placed on the body through surfing have the potential to improve bone density and strength for men aged between 50 and 75.

"We already know that surfing has a broad range of physiological, cardiovascular and muscle health benefits, as well as improving co-ordination and balance, and now we have evidence suggesting it is potentially good for bones as well," Simas said.

The sports physician, who has surfed since the age of seven, said he was not surprised at his findings.

Simas' study involved 104 participants - all men aged between 50 and 75 years. Of those, 45 were placed in a control group and the other 59 were men who had surfed for the past 15 years, hitting the waves at least twice a week.

Participants were excluded if they were involved in extensive resistance exercise, weight training or high impact activities, or were currently or previously employed in manual work that would benefit bone health.

All participants underwent a scan at Bond University's Water Based Research Unit, measuring their body composition - lean mass, fat mass, and bones. Simas then compared the results to reach his conclusions.

While another much smaller study had previously tried to examine the efficacy of surfing in preventing bone degeneration, Simas' study is the first to assess specific at-risk areas of the body such as the lumbar spine and the femoral neck of the femur.

he said further studies would be needed to gain a greater understanding of the physical demands surfers were exposed to, and to look at how much surfing was needed to improve bone health, including how many times a week people should surf, and for how long each session.

While he was unaware of the benefits to bone health, Sims said surfing had been great for his fitness.

"Now that I am in my mid-fifties, I see it (fitness) as a valuable by-product of an incredibly enjoyable leisure activity," he said.

"I've never had to force myself into a regular exercise regime in order to maintain a certain weight or level of fitness. I just surf regularly, because I love it, and according to my doctor my fitness levels are well above average."

Sims said while it was very unusual to see surfers over the age of 30 when he was growing up, the age bracket had since crept upwards and it was now common to see 50-year-olds, both men and women, out on the waves.