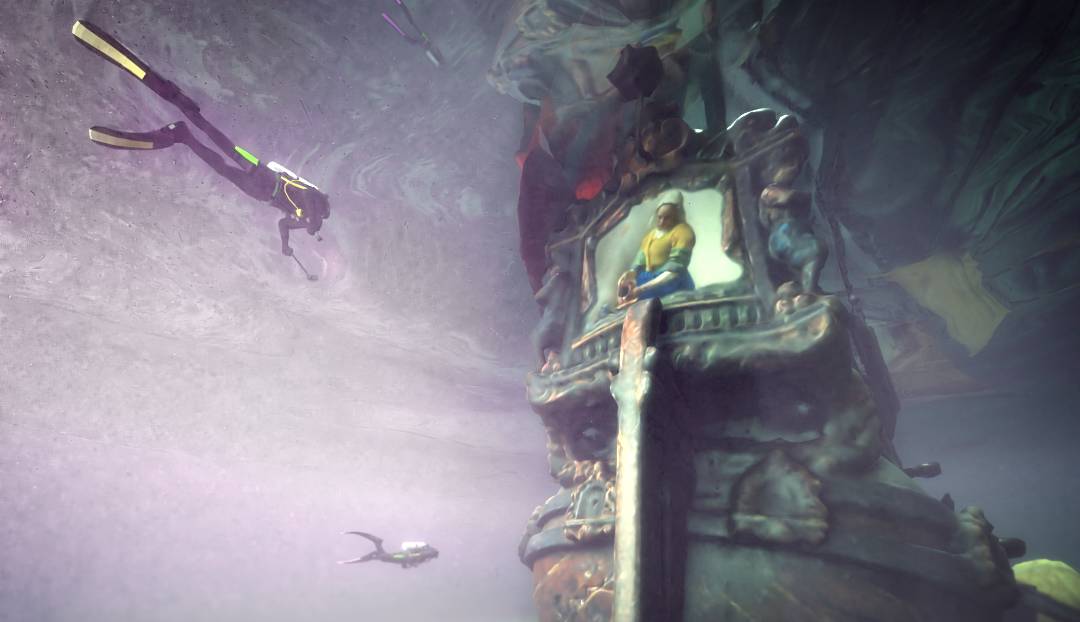 VIRTUAL DIVE: 'Swim' over a digital reconstruction of the wreck of the Melckmeyt as it might have appeared shortly after sinking.

A raging storm, a shipwreck and marooned smugglers: discover the truth behind Iceland's oldest shipwreck

THE mysterious underwater world of Iceland's oldest shipwreck can now be brought to life in your lounge room - thanks to digital archeology experts in South Australia.

This week marks 360 years since the Dutch merchant ship Melckmeyt (Milkmaid) was wrecked off a remote Icelandic island during a clandestine trading mission on October 16, 1659.

Since its discovery in 1992 it has remained the oldest identified shipwreck in Iceland, and its lower hull has remained unusually well-preserved in Iceland's icy waters.

To mark this anniversary, digital archaeology specialists at Flinders University have teamed up with maritime archaeologists at the University of Iceland to create a 360-degree virtual dive on the wreck.

The three minute virtual dive was created for an exhibition at the Reykjavik Maritime Museum, but is now available through YouTube and to anyone with a VR headset.

The highly-realistic virtual experience of the wreck includes a digital reconstruction of how the ship might have appeared on the seabed moments after it sank.

PHD candidate in maritime archaeology at Flinders University, John McCarthy created the virtual dive after travelling to the Netherlands to make a 3D scan of a rare ship model from the 17th century in a bid to make an authentic reconstruction of the vessel.

"We have even based the stern painting on a real contemporary Dutch painting, Vermeer's' famous 'Milkmaid', painted just one year before the ship was wrecked," he said.

"The significance of this wreck is enormous for Iceland," said Mr Martin.

"As it is one of the oldest known historic wrecks in this part of the world, it shines a light on a fascinating period of Icelandic history, when Denmark ruled the island and had a monopoly over trade here for a period of 200 years. John McCarthy demonstrating the virtual dive to Femke Withag, of the Embassy of the Kingdom of the Netherlands (Canberra).

"We have also been able to directly embed a 3D survey of the seabed with full photographic texture. In theory, a member of the public viewing this might even spot something on the wreck that we have missed during our dives on it!"

A raging storm, a ship wrecked and marooned smugglers

The wreck at the centre of the experience is a merchant ship around 33 metres long named Melckmeyt (Milkmaid), thought to be a type of Dutch ship known as a flute.

Flutes were one of the most widely used ship types in the 17th century, a period when the Dutch ruled the seas and piracy and sea battles were a frequent occurrence. 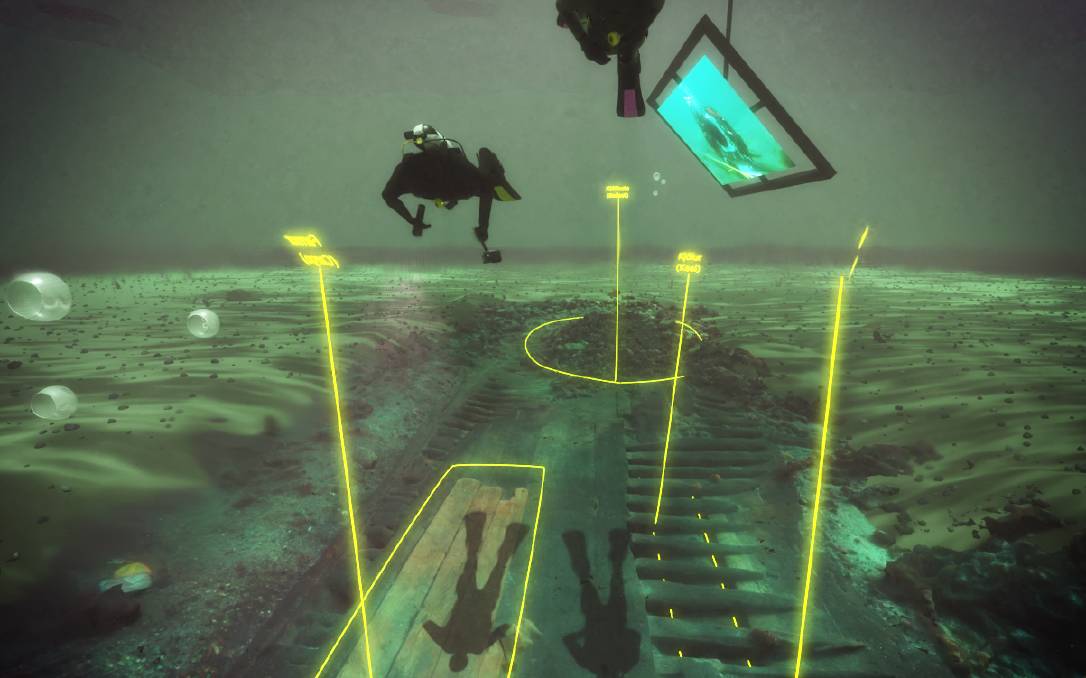 The kingdom of Denmark ruled Iceland and forbade other European nations from trading with the island. However, in 1659 a surprise attack by the Swedish king on the Danish capital prevented any Danish supply ships from travelling to Iceland.

Sensing an opportunity, enterprising merchants in the Netherlands sent a small fleet of unlicenced ships flying under a false Danish flag to trade illegally with the Icelandic population for fish and other goods. If discovered their ships were at risk of confiscation or attack by Danish authorities.

This fleet was welcomed by locals and proved a success, trading grain, timber and ceramics from mainland Europe for locally caught and dried fish, woollen goods, sheepskins and whale oil.

But one crew tarried too long. On 16 October 1659, the ship Melckmeyt paid the ultimate price, wrecking in a remote harbour during a sudden storm, with the death of one crew member. A digital reconstruction of the flute ship Melckmeyt. Archaeologists used Vermeers famous painting of The Milkmaid, painted just a year before the ship was lost, for the stern design. Photo: John McCarthy

The survivors took shelter above water in the highest point of wreck for the next two days. Although recorded in the Icelandic annals, this event was largely forgotten until its rediscovery in 1992 by local divers Erlendur Gumundsson and Svar rnason.

The 360-degress virtual dive can be experienced online HERE

READ MORE: The ex-HMAS Tobruk has a new life as a dive site