Take a sneak peek around The Senior's gardening writer Maureen Lucas' own backyard at this one-off event. 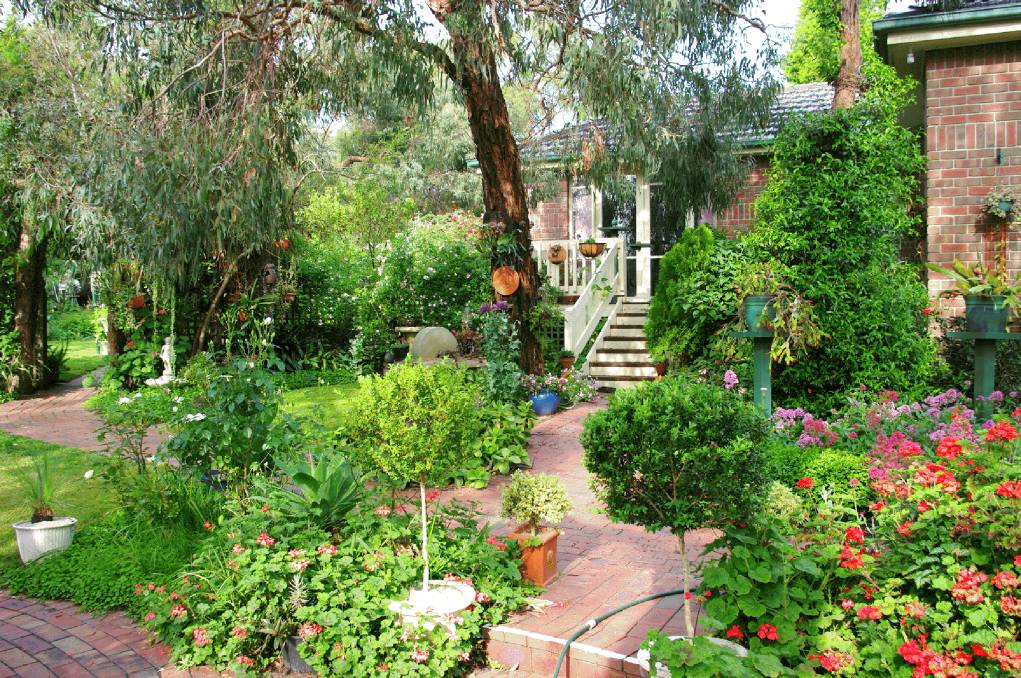 +4
Take a look around Maureen and Paul Lucas' eclectic garden at the open day.

EVER wanted a sneak peek in a gardening writer's backyard or wondered what a horticultural judge's rose garden looks like? Well now you can.

The Senior's gardening columnist Maureen Lucas and her husband, photographer Paul Lucas, are opening up their award-winning newly-renovated garden Rosemont in the south east Melbourne suburb of Rowville for one weekend only, November 16-17.

Modestly described by Maureen - also a nationally qualified horticultural judge - as a "romantic garden with thousands of plants and lots of recycled stuff", Rosemont was established in 1995 when the couple built their house.

"The vacant block was covered in prickly wattle, blackberry and ivy as well as the indigenous plants still existing," said Maureen.

After removing the environmental weeds, the couple started a no-dig garden and after 18 months the serious work of planting began and it has been continually evolving over the years.

"Our eclectic garden is designed to be seen in all seasons and is the result of us visiting many gardens throughout the world and gleaning ideas from them," she said.

"The plants have been chosen with easy care and water saving principles in mind. There are no poisonous sprays used, so wildlife is happy here. We put up with the damage they do because of the enjoyment they give.

"There are a number of resident possums, approximately 30 species of birds, some native bees, lizards and native frogs that make their homes here."

Maureen said while on first look the garden may appear to be high maintenance, the choice of plants and their position mean it is relatively easy to look after.

"There is only a small amount of lawn, some of it natural indigenous grass. To a certain extent the garden is designed to look after itself with minimum input," she said.

So what else will you see around the garden? There are hundreds of different bulbous plants; about 100 roses; collections of cacti and succulents; iris; pelargoniums; salvias; plectranthus; clivias as well as carnivorous and native plants.

Also keep an eye our for some veggies, herbs and countless other shrubs, perennials as well as some annuals.

"They all live happily together and often in surprising combinations," said Maureen.

But don't expect a weed-free garden, she warns.

"Yes, we do have weeds as well and these are removed as, and when, we have the time. Personally I feel a garden is a bit creepy if it doesn't have any!"

Other highlights include a 'secret' garden, a rose garden and the Spanish courtyard - inspired by a tour the couple took to Spain some years ago. Also keep an eye out for the rare climbing plant the pereskia cactus and the clematis montana creeper ("amazing when it is in flower").

"And when you've reached the end of your tour go back the way you came. When you go in reverse it is almost a different garden and you will see things that you missed the first time around," advises Maureen.

Money raised at the November garden opening will go to the Rose Society of Victoria for the World Rose Convention which is being held in Adelaide in 2021.