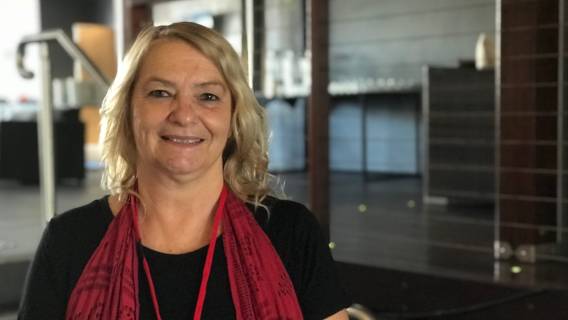 The medal is awarded to an individual who has made an outstanding contribution to the development and improvement of the Australian healthcare system in the field of health services policy, organisation, delivery and research.

Vicki, a Noongar woman from a family of healers in rural south-western Perth, said nursing was in her blood.

"I have always felt a cultural obligation to continue the healing path of strong Noongar women," Vicki said. "I always say my Nan Lily was a paediatrician, gynaecologist and obstetrician, all without any formal education."

Vicki's mum Joan was one of the first Aboriginal women in the area to become an enrolled nurse.

Vicki herself began training to be a registered nurse in 1976, before becoming a specialist cardiac nurse.

She became an advocate for improving Aboriginal health, having witnessed Aboriginal women "dying far too young from heart disease".

Vicki said winning the award was a shock.

"It is great to get the recognition. I only wish Mum was here to see it, she would have been so proud.

"I remember when I became a nurse educator and was moved into an office, Mum rang everyone up and told them, 'Vicki's got an office'."

Vicki is senior cultural advisor with Rheumatic Heart Disease Australia, which is based at Darwin's Menzies School of Health Research.

For many years she was leader of the National Aboriginal Health Unit at the National Heart Foundation and played a key role in the Lighthouse Hospital Project.

"Having worked in mainstream medicine has helped me advocate for Aboriginal people," Vicki said.

"There is still a long way to go to improve health outcomes of Aboriginal people.

"There is hope that will change by involving Aboriginal people in decisions around their health and in them being respected as equal partners at the table."