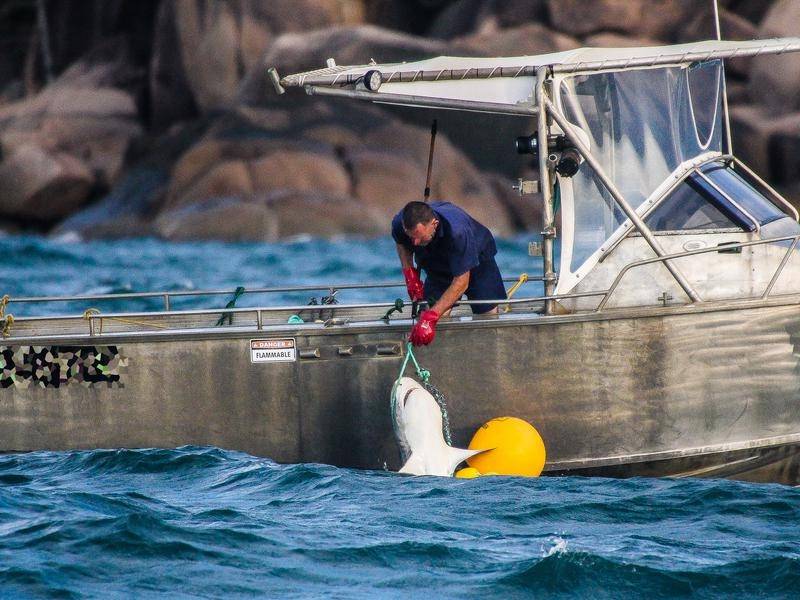 The Queensland government is battling to maintain its controversial shark culling program.

Queensland's battle for the right to cull sharks on the Great Barrier Reef rests in the hands of three Federal Court judges. The state government is fighting...

Queensland's battle for the right to cull sharks on the Great Barrier Reef rests in the hands of three Federal Court judges.

The state government is fighting in the court to maintain its controversial management program, which uses nets and drum lines to catch and kill in a bid to protect swimmers.

The appeal on Thursday follows an Administrative Appeals Tribunal decision in early April, which upheld a challenge to the program in the Great Barrier Reef Marine Park by the Humane Society.

That meant the Great Barrier Reef Marine Park Authority was required carry out the program in a way that avoids killing sharks to the "greatest extent possible".

The tribunal also ordered that potentially dangerous white, bull and tiger sharks caught on drum lines could no longer be routinely euthanised and should instead be tagged and released.

However the shark control program in north Queensland was restarted in mid April, pending the appeal by the state government.

There have been no changes to the shark control program in other Queensland locations, including the Sunshine Coast and Gold Coast.

At the appeal hearing in Brisbane on Thursday, barrister for the state, Jonathan Horton QC, said some evidence heard at the Administrative Appeals Tribunal was based on scientific uncertainty.

He also argued the tribunal had misunderstood findings.

Humane Society barrister Edward Musten SC told the court the plan had not even been supported by a scientist the state government had called to give evidence at the first hearing.

The court has reserved its decision to a date to be set.