'They were in my bank account, with numbers flashing up like lightning.' Last year, frauders used phone scams to take more than $21.4m from senior Australians.

IMAGINE you're sitting at home having dinner when the phone rings.

You answer and the person on the line says they're from Medicare. They know your name and address, and they tell you you're owed a Medicare refund.

All you need to do is make a small initial payment to cover administration fees, and they'll deposit the rebate into your bank account. What would you do?

"Hang up the phone," said Emma Cuthbert, from the Department of Human Services.

"This is a scam. We'd never ask you to pay us money to issue you with a rebate. If you hand over your money you'll be left out of pocket.

"If scammers get your credit card or banking details, they can drain your accounts or rack up thousands of dollars in charges."

Last year, scammers used tactics like this to take more than $21.4 million dollars from Australians aged over 65.

Telephone scams can seem very convincing, especially when the scammer knows details about you. They might claim to be from well-known organisations, and try to get you to act quickly, or give them your personal information.

Westpac customer John (not his real name) had just moved into a new home in Rosewood, Queensland, and was having issues getting connected to the internet.

One day he got a call from someone claiming to be from NBN.

"They told me there was a problem and that they would transfer me to Telstra," said John.

The caller told John there was a problem with his software and that they needed to do an update, and charged him $3.50.

"They then wanted me to help them catch possible scammers and wanted to transfer money to my account," said John. It was then that alarm bells rang.

Concerned about how forceful the callers were becoming, John asked them to hold the line while he called his local Westpac branch.

"While I was on the phone I noticed the scammers had accessed the camera on my computer; watching and listening to everything I was doing.

By this point, the bank put a block on the internet accound and put John onto its internet fraud team.

"They logged into my account and watched as all the transactions were taking place. As fast as the scammers were taking money from my account Westpac Fraud were reversing it. Fortunately, it was all recovered."

But that hasn't been the end for John.

"Since this attack I have been contacted by phone at least twice a week by the same type of call. My advice is if you have not already instigated business with someone, just hang up. No company is going to ring you just out of the blue."

What to look out for

Although text messages and emails are common ways for scammers to contact people, Delia Rickard, Deputy Chair at the Australian Competition and Consumer Commission (ACCC) said older Australians are still most commonly scammed over the phone.

"It's easy to get access to landline numbers, and older people are more likely to have a landline and be home to answer the phone," Delia said.

Department of Human Services' Ms Cuthbert added a lot of people call the department's helpdesk after noticing suspicious activity in their online accounts, or after responding to a scam.

"One of the most common scams older Australians call about is the promise of an increase in their pension.

"Scammers promise back payment of their pension, but only after they pay a small application fee using gift cards. People may also be told the application fee will be refunded later.

"All this combined means these scams are more likely to be successful. 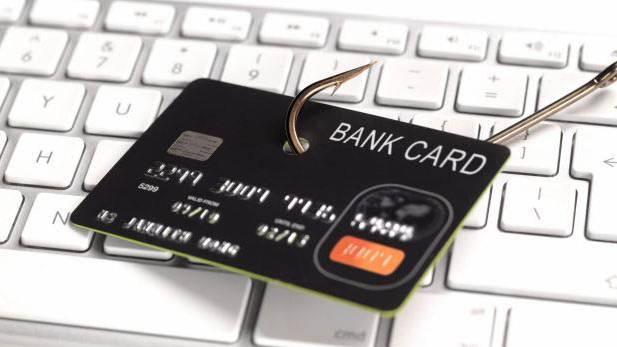 "Other signs it could be a scam are when the caller tells you a debt needs to paid immediately over the phone and threatens you with legal action or fines if you don't comply."

"It's so important to keep your personal information secure, and not to freely share it without verifying who's asking for it and why they need it."

As well as costing Australians money, scams are taking their toll on people's time, emotions and relationships.

The State of Scams report by Westpac has found two-thirds of Australians are worried about being scammed while almost one-in-10 have been impacted by a scam in the last 12 months.

Those who were scammed lost an average of $12,000. For Australians impacted by a scam, it took an average of one month to recover the funds.

Westpac advises to use caution when receiving a call from someone claiming to be from a reputable organisation and stop to consider what they are asking for.

"Never give them remote access to your computer. If in doubt, ask for a reference number and call back on a number publically listed or in the phone book to confirm the call was genuine,' said Mr Young.

The bank has launched Scam Awareness and Protection Seminars across Australia to help residents identify and prevent scams.

"Scams can happen to anyone, anywhere," said Mr Young.

What to do if you think you've been scammed

If you think your identity documents might have been compromised you can call the government's Scams and Identity Theft Helpdesk on 1800 941 126.

Ms Cuthbert said people who call the helpdesk can sometimes be embarrassed to talk about their experience.

"They may ring to say they want a new Medicare card, but they don't want to say why. When we slowly unpack what has happened, it becomes clear they've been scammed.

It's important for people to know they're not the only ones to fall victim to scams.

"Scamwatch is a place for people to report the scams they see, whether they're a victim or not. The easiest way to do this is using our online form at scamwatch.gov.au," she said.

"It helps the ACCC let Australians know the scams doing the rounds, how to avoid them and what to do if they see one.

"Sharing your experiences of scams with friends, neighbours and relatives can help protect to protect them in the future."

You can also check out Westpac's Scam page for the latest information on common and emerging scams.