Over 55s spend an average of 180 weeks on Newstart nearly double that of people in their 20s.

MORE than 180,000 Australians aged over 55 are jobless and barely surviving on Newstart allowance of just over $40 a day.

Their chance of ever getting off the payment is slim - the average length of time over 55s spend on Newstart is more than 180 weeks, nearly four times that of younger unemployed people (46 weeks for a male under 25 years).

Ageism among business owners and recruiters, a lack of workplace-desirable skills, insufficient job opportunities, especially in regional and remote areas, and physical and health challenges all conspire to keep many out of the workforce.

Currently the fortnightly rate of Newstart is $555.70 (single, no children) which, for people aged over 60, rises to $601.10 after nine continuous months on the payment. Most are also eligible for an energy supplement of $8.80 per fortnight.

Anecdotal evidence reports older Australians selling their homes as they are unable to meet mortgage or even rates payments. Others are forced to live on the streets, live with adult children or access superannuation to make ends meet, exhausting future retirement income. 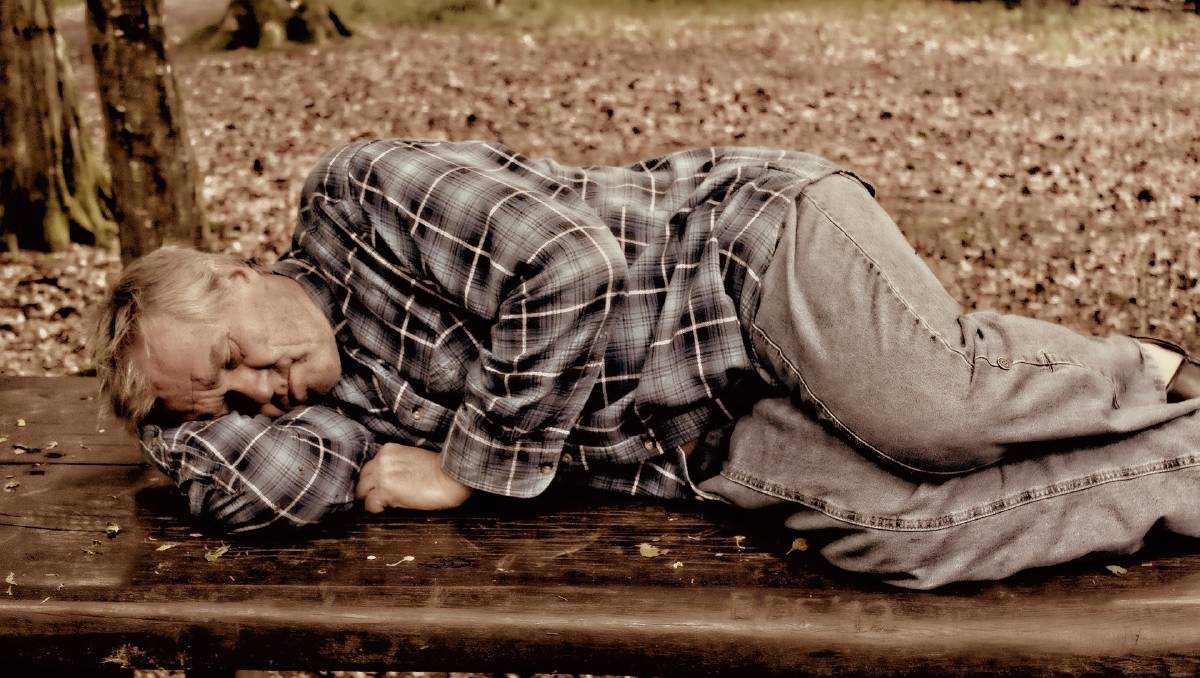 The inadequacy of Newstart is forcing many older Australians into poverty and homelessness. Image Pixabay.

The situation is particularly difficult for non home owners as Newstart, even with government rental allowance, leaves little left to pay for a roof over their heads.

Many older Australians will transition from unemployment benefits to the more generous but still widely-regarded as inadequate age pension. Even that, however, has been made more difficult with the age of eligibility for the age pension going up on July 1 from 65.5 years to 66 years.

It will increase again to 66.5 years in 2021 and 67 in 2023. Plans to increase the pension age to 70 years were dumped by the Morrison government last year despite it previously being a key Coalition policy.

Welfare groups have stepped up their campaign to have the rate of Newstart payment increased. It has not increased in real terms for more than two decades.

However, Prime Minister Scott Morrison's announcement in August that age pensioners will be prioritised ahead of the unemployed for any boost to welfare payments has been met with dismay by welfare advocates and seen seniors' groups adding their voices to the condemnation.

They struggle to find a job, struggle to make ends meet, forcing them to eat into their retirement savings - and as a result, they struggle to stay out of poverty when they do eventually retire. - Ian Henschke Chief Advocate National Seniors

"This is all part of the retirement ecosystem, with the emphasis on "eco" as in economics.

"The government's own figures show more than 170,000 people between 55 and 64 are on Newstart, the largest of any age group.

"They struggle to find a job, struggle to make ends meet, forcing them to eat into their retirement savings - and as a result, they struggle to stay out of poverty when they do eventually retire," he said.

The advocacy organisation is demanding the allowance be included in the upcoming Productivity Commission review into retirement income and that it, along with the aged pension, be set independently of government.

Mr Henschke said to have Newstart left out of the retirement review was inexplicable.

"We call on the government to include it in the review on retirement income.

"It's false economics to punish older Australians needlessly as they head towards retirement because they will end up on a full pension after chewing up their savings and super," Mr Henschke said.

Lobby group Council on the Ageing (COTA) has added its voice to the demands for a review of Newstart calling for a $75 a week increase.

The rate of Newstart is woefully inadequate and has not been increased in real terms since 1994. It's a big issue for older workers, who are too often excluded from the workforce simply because of their age, said a COTA statement.

"There are more workers aged 55 to 64 years receiving Newstart than in any other age group - and it's older workers who spend the longest on Newstart. This is pushing many older workers into poverty and forcing them to live off vital savings that were meant to provide for their needs in later life."

The Treasury has estimated a $75 a week increase would cost $12.5 billion over four years.

A survey by the Australian Council of Social Service of 489 people on Newstart or Youth Allowance found more than half have less than $100 a week after housing costs. It also found 84 per cent skip meals to save money, 66 per cent don't use heating or cooling, 63 per cent don't eat meat, 54 per cent don't buy fresh produce and 68 per cent only buy second hand clothes.

ACOSS chief executive Cassandra Goldie said: "Australia is the wealthiest country in the world, yet we have people skipping meals, staying in abusive relationships and showering once a week because they are on the grossly inadequate Newstart payment.

"Newstart is not working - $40 a day is not enough to get people through tough times and into suitable paid work.

"Our survey shows people can't afford rent, food, energy, clothing, transport, haircuts, dental care or internet access, which severely hampers their chances of getting a job, especially as there is only one job available for every eight people looking. - ACOSS chief executive Cassandra Goldie

"Our survey shows people can't afford rent, food, energy, clothing, transport, haircuts, dental care or internet access, which severely hampers their chances of getting a job, especially as there is only one job available for every eight people looking.

"An urgent increase of $75 a week is the absolute minimum we need after 25 years without a real increase."