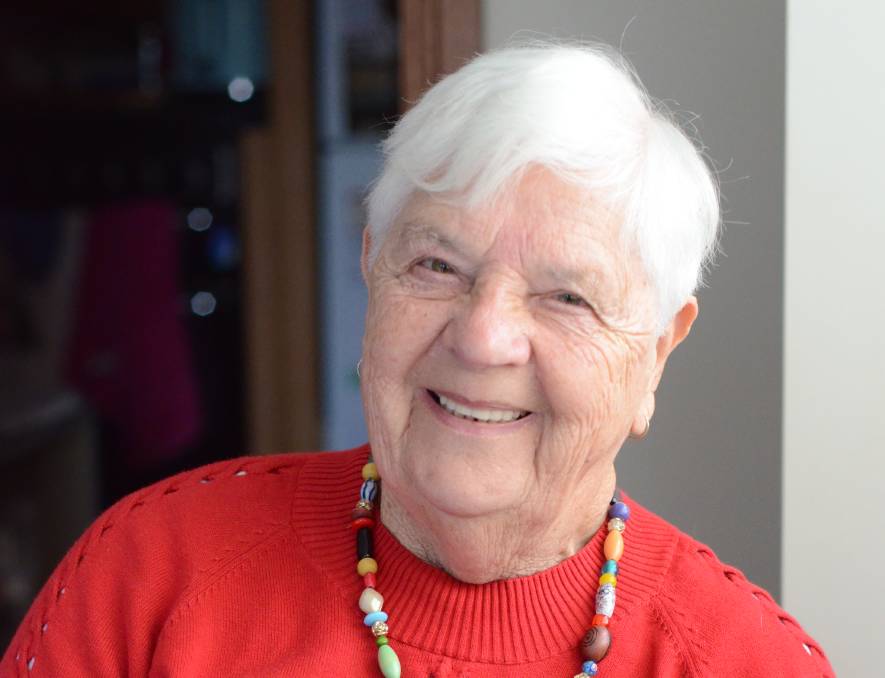 A writers' group member has a special story which is set to be published.

BECOMING a published author would be a life achievement for anyone.

So for Betty Anne Kaeding, who could not read or write for the first 60 years of her life, the publication of a book of her poetry and prose this Sunday will be extra special.

She missed out on much of her education when her childhood in England was interrupted by World War II, as she and her five brothers were evacuated to Wales.

She was married at 17, and soon found her abusive first husband wanted her very much to stay at home, look after the children and not enjoy any sort of independence - so she never learned.

"I thought I was just meant to be a mum," she said. "I never really thought about it - I just focused on the children and doing what the man wanted."

The only letters she ever learned to form were those in her own name.

She hid her illiteracy from her children and their teachers, and from anyone else who might have found out.

"I used to pretend I'd lost my glasses," she said. "I used to get strangers to fill out social security forms for me.

"It was very difficult, but you get through it."

It was only after she escaped that abusive marriage in the 1970s that she came to Murray Bridge and was asked what she wanted to do with her life.

Her answer was definite: she wanted to learn to read and write properly.

Since then, creative writing has been an outlet dear to her heart, which has raced with every word of praise from a reader and every nervous word she has read at a meeting of the Edwards Crossing Writer's Group.

She has had work published in an anthology by Adelaide's Friendly Street Poets and in Positive Words magazine.

Her book, simply titled Betty, is a collection of poetry and short stories reflecting on her life, including the many happy years she spent with her late second husband, Harold, who had encouraged her to produce it.

Writer's group tutor Di Walton described it as "an insight into Betty's search to discover her lost youth and the family she left behind or never knew existed" and "a celebration of new beginnings ... (that) inspires you to believe that no matter how dark life has been, there is a world of beauty and light".