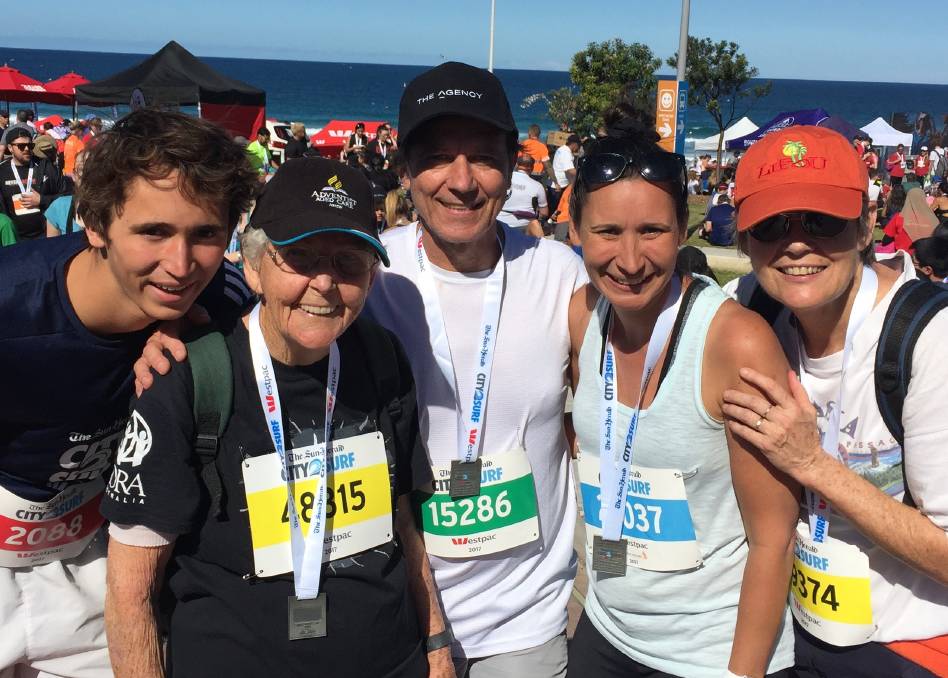 NEXT time you wearily put your feet up after a walk around the shopping centre, spare a thought for 98-year-old Enid Webster who walks 10,000 to 20,000 steps every day, and next month will take part in the Sydney City to Surf ..... for the fifth time.

The Cooranbong, Lake Macquarie great grandmother took part in her first City to Surf in 2014 after a neighbour, who was planning to participate in his 30th event, asked her if she would like to join him. He was 93.

That year Enid completed the 14 km course in 2 hours 47 minutes 22 seconds, her best time so far.

Even the notorious Heartbreak Hill which weeds out many of the less hardy, doesn't faze Enid. "I divide it into four stages and just aim to get to the top; and when you get there the view is absolutely superb so it's worth it," she said.

In 2017 at the age of 96, Enid did the course in 3 hours 3 minutes and it's that time that she's hoping to beat this time round although she says it's not the finish time that's important, it's the achievement.

Enid only took up walking in 2012 when she decided to try the Complete Health Improvement Program (CHIP), which promotes a plant-based diet and regular exercise - because she wanted to get fitter.

Last year ill health kept her out of the City to Surf and in February Enid had heart surgery in Sydney to replace an aortic valve. Her surgeon said she was the oldest patient he had ever operated on and her recovery has amazed everyone.

Enid won't be walking alone, however. Twelve family members representing three more generations will walk with her from Hyde Park to beautiful Bondi along with an anticipated 80,000 other participants.

To train, Enid walks whenever she can including up and down the road and around her retirement village where she lives independently. She also does all her own housework, cooking and gardening.

"I grew up on a farm and I've always been fairly fit," said Enid.

And when she not walking she's playing the ukulele in a band which entertains the elderly residents of nursing homes, making ukuleles for family and friends, knitting for charity, doing jigsaws which she buys from op shops, playing Suduko and raising money for the non profit aid organisation Adventist Development and Research Association.

Then of course there's the time Enid spends on the computer which she learned to use at age 80 and her new interest - an Apple iPhone.

Her daughter Rosemary sums Enid up perfectly: "She's an all round amazing person".

Read more: Building community resilience the name of the game for Geelong Sustainability