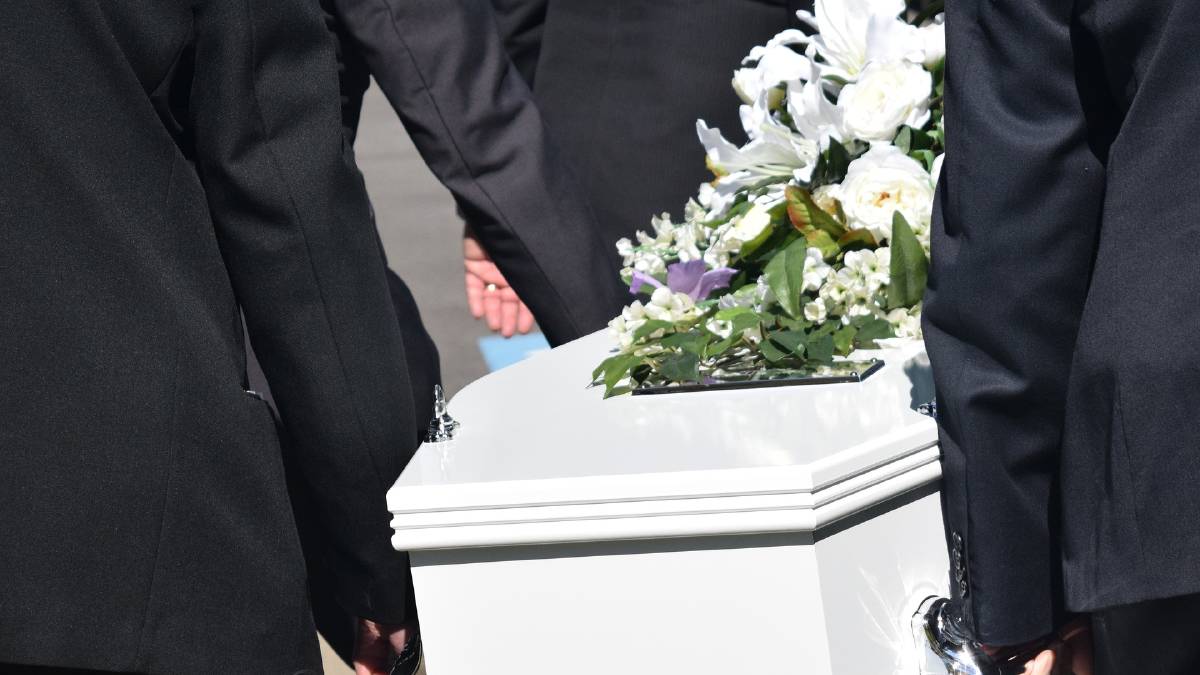 When it comes to funerals, over-50s are looking to cut costs and think out of the box.

A BIT of a laugh, ditch the black and bring on the latest whiz-bang technology: funerals are changing.

From live-streaming funerals to drones dispersing ashes, Australians are changing the way they farewell their loved ones.

A new report from The Australian Seniors Series found that two-thirds of seniors would prefer funerals to focus on being good humoured and less serious, and would prefer more modern and less traditional funerals.

More than half believe technology should be more commonly used, and would prefer guests not wear black.

Slide shows and farewell or tribute videos are fairly common; and some funerals are live-streamed or filmed for those who can't attend.

"A lot of people are now Skyping in or doing live videos for people who can't be there," one funeral director noted. "So there'll be guests who are actually holding up iPads to record and stream what's happening."

On the downside, the Cost of Death Report showed that over-50s believe funerals are getting more expensive every year.

Some families have paid close to $20,000 to farewell loved ones.

The report found that costs varied widely across states and territories, and more so depending on whether the area is metropolitan or regional.

Cremation fees are most expensive in some of the least populated areas, with average costs in the Northern Territory, Western Australia and the ACT higher in comparison to all other states ($5000, $7689 and $4926 respectively).

You can estimate how much a funeral could cost you with the Australian Seniors Insurance Funeral Calculator HERE.

Funeral directors say a number of factors are driving costs, including the cost of a burial plot, staff and suppliers.

"One of the large increases has been press notices," one NSW funeral director said.

Some also pointed to specific regulations, as well as the landscape of the industry with larger providers "controlling the market".

Not surprisingly, the report found that more than 90 per cent of people would generally look to spend less on funerals or would opt for a simpler funeral.

There is also a shift towards environmentally conscious funerals. One in five people said they would opt for a green funeral and one in 10 would like a biodegradable urn.

Funeral directors pointed to people bucking tradition by choosing coffins made of cardboard or bamboo, or simply using a shroud.

Importantly, the report stresses the need for people to take the time to discuss their funeral wishes with their loved ones. It's no good once you're gone!

Jessie Williams, chief executive of the GroundSwell Project, an Australian not-for-profit organisation that aims to create social change around death and dying, stressed the importance of discussing death with close relatives.

"Australians on average will organise two funerals in their lifetime, so we advise thinking about arranging a funeral just as you would any other major event," she said.

"Where would you like it to be? What instructions would you give to those attending?

"We hear many stories of people having to arrange a funeral at a time of great stress and disagreements with siblings are not uncommon if wishes have not been made clear.

"Having a chat with friends or family about the kind of funeral you want is often the easiest way to broach the subject of death - even a joke about what kind of funeral song you want (or don't want!) will work for most people."

The report notes some of the more unusual funeral experiences, including having those attending a funeral draw on the coffin about something that represented the person being buried.

A South Australian woman said the family sat with their mother in the chapel for half an hour saying goodbye and then went to the beach for fish and chips to honour a promise.

What about having motorbikes painted on a coffin, which travelled to the cemetery in the sidecar of a motorbike for a final look around town?

So what do funeral directors see as emerging trends?

How about "celebrity celebrants" who can charge thousands to officiate at a ceremony? "It doesn't guarantee the content's any better," one director reflected.

Aquamation, or water cremation, could also become a trend.

"Rather than using fire in a crematorium and putting the fumes into the air, a body is placed into a cylinder and it's filled with water," a funeral director explained.

"The water is brought to 90 degrees in temperature and potassium is added to the water to alkalise it and then the water is released into the environment."

So there you have it. It's your funeral: plan it, let everyone know about it.