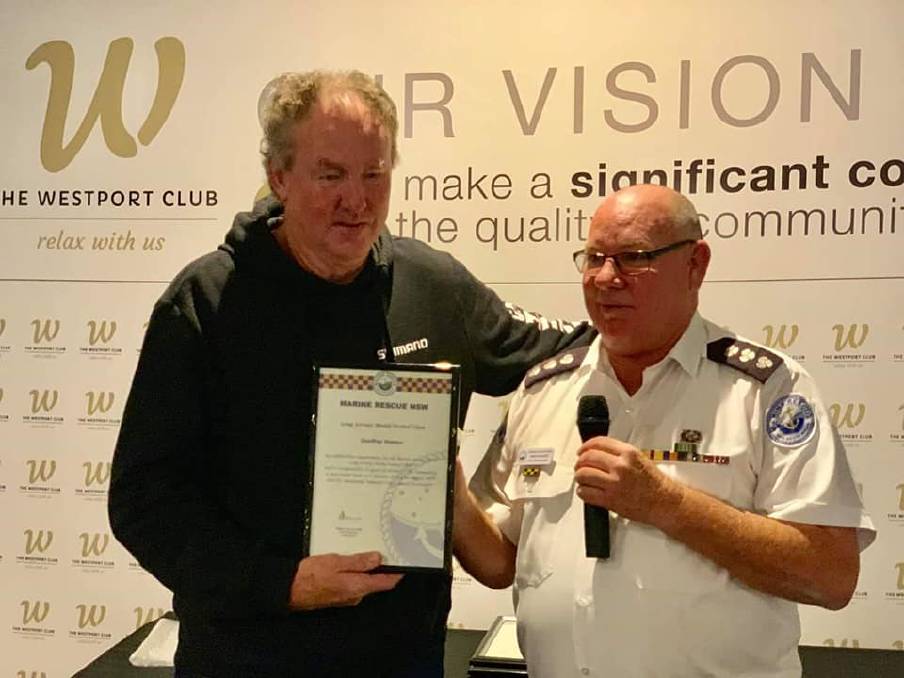 Marine Rescue Port Macquarie veteran Geoff Shelton has received an award for 30 year's service, one of the group's rarest honours.

The senior skipper was among a number of members to receive commendations at the annual meeting at Westport Club in Port Macquarie on June 26.

"It was a complete and utter shock because I knew I'd had the 20 year service award and it (30 years) was coming up but I didn't know how far away it was," said Mr Shelton.

"It has gone quickly, as time does.

"When you're enjoying something as much as I do it's not about the accolades. It's about sharing knowledge and skills; knowing that my skills can be of assistance to the group.

"It could mean saving a life. That's the most important thing to me in anything."

Mr Shelton is well known in the community for his work as a commercial fisherman, navigating river cruises, fishing charter captain and as a member of the preceding Macquarie Sea Rescue. 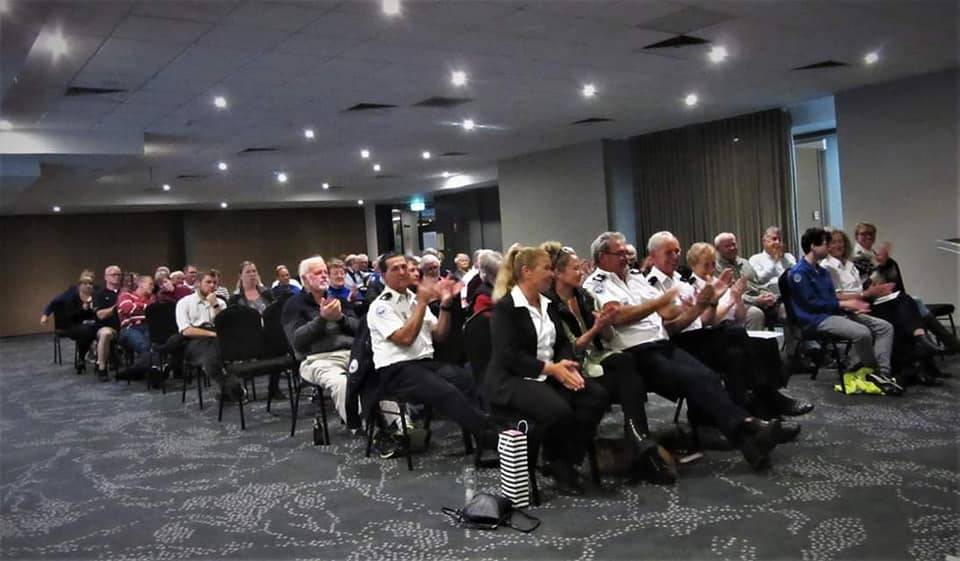 Marine Rescue unit commander Greg Davies presented the awards on the night. He commended the achievements of all members.

"It's quite a good thing being dedicated for all that time and 30 years is most definitely a rare award," Mr Davies said.

"Geoff is a very experienced skipper and we are grateful for his service."

"Gordon is an experienced radio operator and Henery is active in fundraising," Mr Davies said. 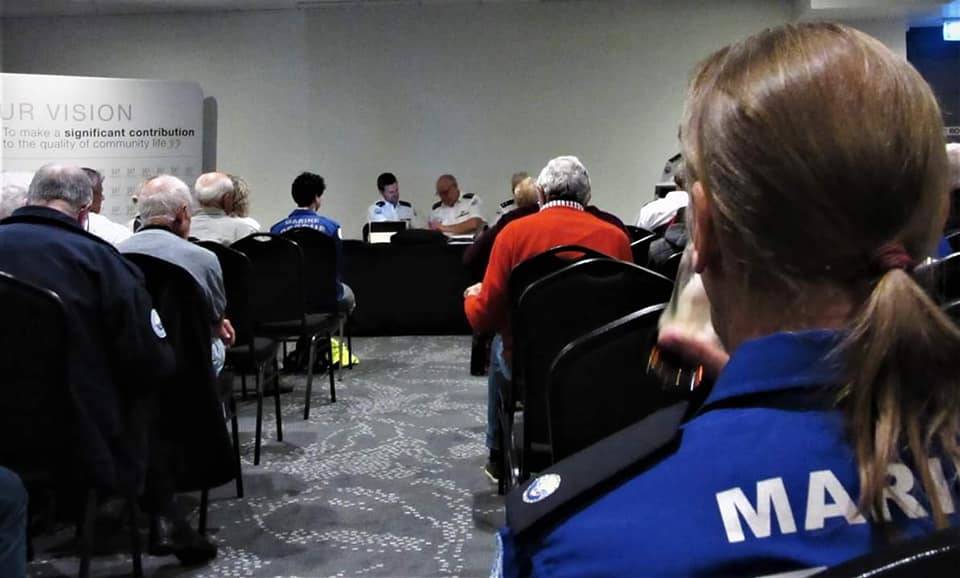 Gathering of rescuers: The AGM held at Westport Club on June 26. Photo: Supplied.

Mr Shelton said there have been challenges and triumphs in the life-saving role, but also massive changes for the group.

"The biggest change was when we changed from Port Macquarie Sea Rescue," said Mr Shelton.

"We were just a collection of like-minded mariners who did their best.

"Many people didn't make the change to Marine Rescue but I could see there was certainly benefits in it."

He also recounted the night rescue of three fishermen on a capsized fishing boat in 2009, rescuing the trio by calculating their drift at sea.

"That was one of my proudest moments," he said. "Not only did I coordinate where'd they be, but I was the skipper who went out and found them," said Mr Shelton.

"Knowing 100 per cent that I saved three peoples lives.

"The worst one was a search for a mother and three children off Lighthouse Beach. Anything to do with children is just heart-breaking.

"As rescuers I think often overlooked are the people hearing the pagers go off and families waiting for us to come back.

"I'd like to say without the support of my wife, Kathy, it would never have been possible."