UNFAIR and unjust is how struggling retirees are describing the government's lack of action on the deeming rates despite another drop in the interest rate by the Reserve Bank.

Older Australians who rely on interest on bank and term deposits to supplement their part pensions, watched their weekly income fall this month after the Reserve Bank's decision on June 4 to lower the cash rate by 25 points to 1.25 per cent - the latest in a series of seniors' income-crippling interest rate reductions.

Yet the government continues to drag its feet on making any changes to the highly contentious deeming rates.

Angry readers contacted the The Senior to express their dismay while others besieged seniors' lobby groups.

Many are concerned that the latest Reserve Bank's cut will not be the last this year.

It is a fear which may be justified as Commonwealth Bank economists are predicting two further 25 points cuts in August and September to take rates as low as .75 per cent as the Reserve Bank desperately tries to kickstart a stagnant economy.

Deeming rates apply to savings accounts, term deposits, managed investments schemes, shares, account-based superannuation income streams or pensions and debentures and is a rate the government assumes a retiree will earn on their investments.

Currently Centrelink calculates the deeming rate on two levels - for a single pensioner the first $51,200 of financial assets is assumed to earn 1.75 per cent interest with everything over this amount deemed to earn 3.25 per cent. For a couple the threshold in $85,000 of joint financial assets.

Centrelink reduces a retirees pension based on the income it assumes they receive from their investments based on the deeming rates.

While shares and other high income return investments may earn more than the deeming rate, older Australians who keep their money in the bank or term deposits are penalised as for some time the deeming rates have not reflected what is available in the market. 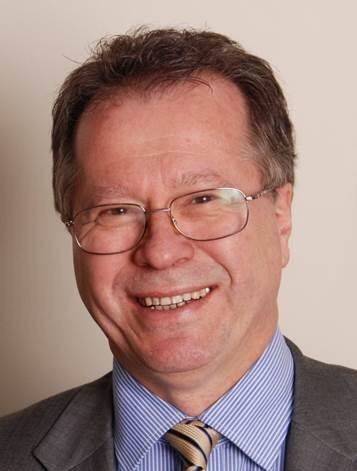 Council on the Ageing chief executive Ian Yates told The Senior that scores of concerned members and supporters had written, emailed or phoned the organisation.

He described the situation as a "perverse outcome" of government policies.

"Centrelink taking money out of your pension because they assume you earnt a deemed amount in interest when the rates they assume just are not available pushes pensioners further into cost of living pressures," he said.

"Government needs to ensure the deeming rates are reflective of the products available in the market place at any given time."

Centrelink taking money out of your pension because they assume you earnt a deemed amount in interest when the rates they assume just are not available pushes pensioners further into cost of living pressures. - COTA chief executive Ian Yates

Mr Yates said COTA was writing to the Minister for Social Services (Anne Ruston) urging her to reduce the current rate so it reflected the latest interest rates change by the Reserve Bank.

National Seniors' Ian Henschke said it was time the government reviewed the deeming rates to bring them in line with interest rates.

"Current deeming rates are now significantly out of alignment with the lower income generated by bank deposit investments," he said.

"It is not fair to apply a deeming rate that was set in 2015 to a pensioner's bank deposit income which has dropped significantly as a result of the RBA's decision to cut to a record low."

The Government should stop compounding this hardship through deeming rates based on the wrong assumption pensioners get more interest than they actually do. - Paul Versteege CPSA

Calling on the government to urgently review the deeming rates, Paul Versteege from combined Pensioners and Superannuants Association said: "It's time the Government took action and recognised the hardship imposed on pensioners by a low interest environment.

"The Government should stop compounding this hardship through deeming rates based on the wrong assumption pensioners get more interest than they actually do."

"It is clear that the deeming rates no longer reflect the actual return that many pensioners are able to earn on their savings.

It has been reported that Social Services minister Anne Ruston has sought advice on whether the deeming rate should be changed. The Senior contacted the Department of Social Services' media team but was unable to get a definitive response as to if or when this would take place.