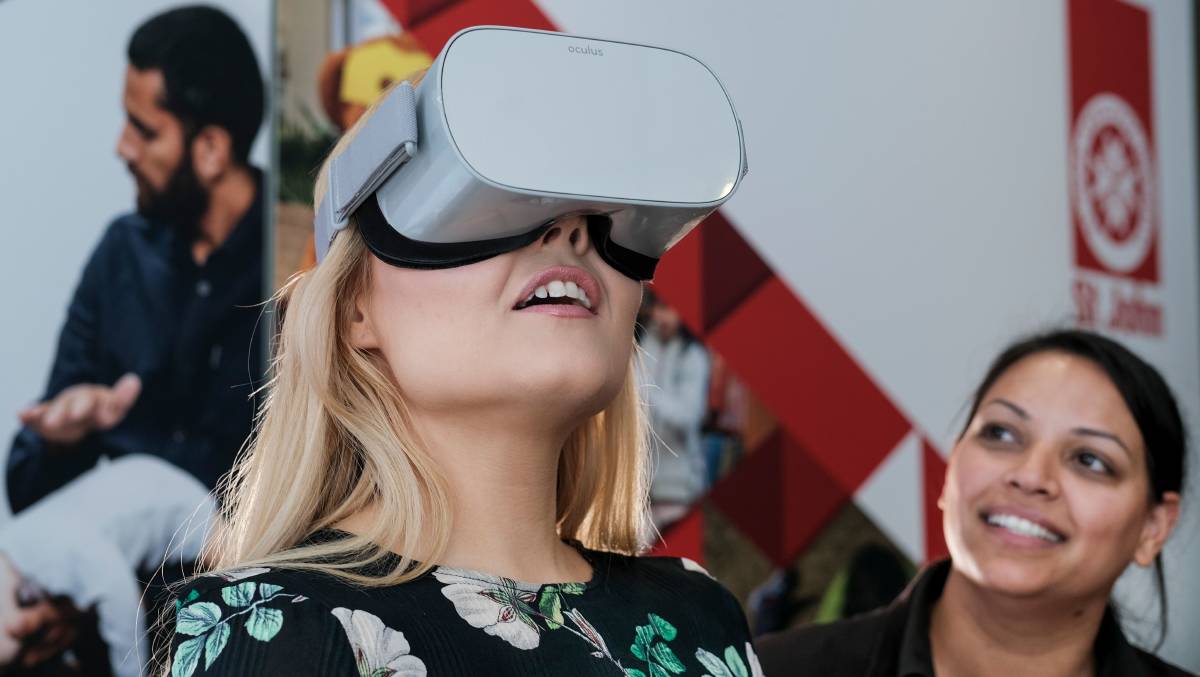 An Australian-first virtual reality CPR training program is a game-changer.

ST JOHN Ambulance Victoria has taken CPR training to the next level with the launch of a ground-breaking virtual reality course.

It can be delivered via a one-hour course for four people using virtual reality or a two-hour delivery for a group of up to 20 using immersive learning.

This format will cut up to two hours from the traditional time it takes to deliver and undertake CPR training.

Research has shown that students trained through virtual reality (VR) answer questions correctly 82 per cent of the time - 8 per cent higher than the average respondent.

VR learning has also proven to increase overall student reaction time by 20 per cent and achieve a retention rate of 75 per cent, significantly higher than the 5 per cent associated with the traditional lecture style.

"We know our lives are increasingly busy, which is why St John Ambulance Victoria has significantly cut down the time it takes to deliver a market-leading fist aid course - from almost half a day to just one hour - while still ensuring that our students get the same high-quality learning experience," said chief executive Gordon Botwright.

"Research taken from other overseas virtual reality CPR training courses has shown a significant increase in bystander response rates, from just 58 per cent to 82 per cent."

SJx training can be undertaken at the St John Ambulance Victoria training headquarters in King Street, Melbourne, or delivered to small or medium groups around Victoria.

Of those, 9 per cent of patients survived and those who received bystander CPR recorded a higher survival rate than those who didn't.