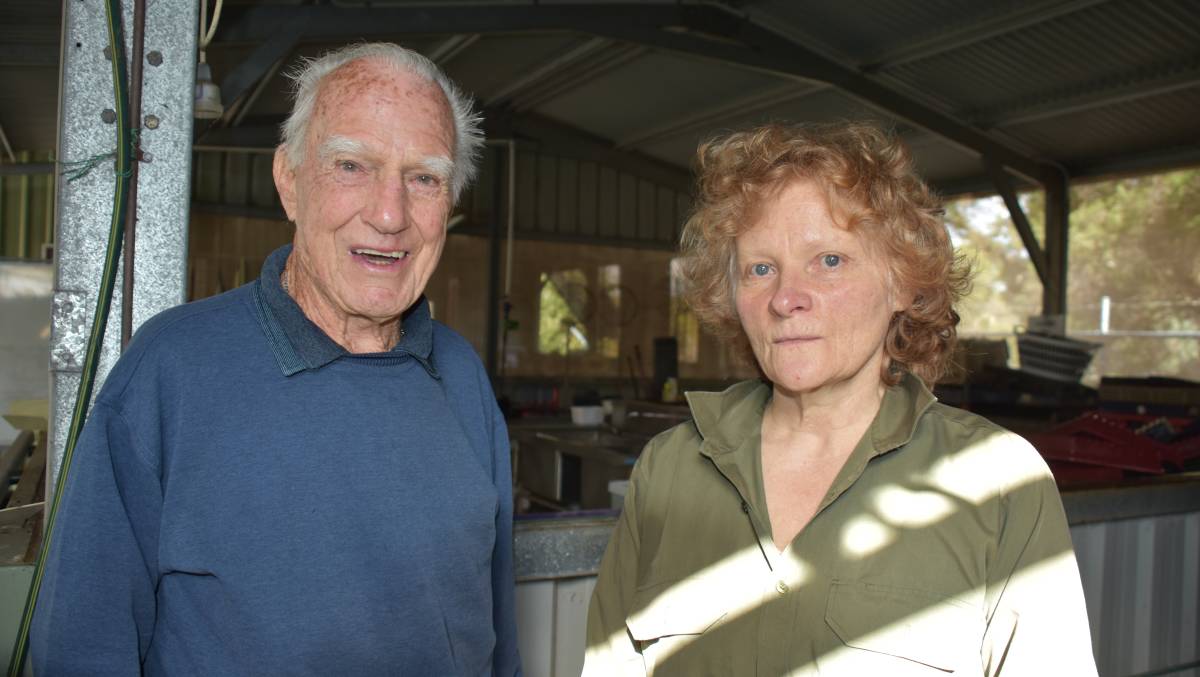 At 91-years of age Busselton resident Don Tulloch was named Senior Volunteer of the Year.

At 91-years of age Busselton resident Don Tulloch was named the Senior Volunteer of the Year at an awards ceremony at the City of Busselton on Monday evening.

The West Australian has been volunteering since he retired, partly because his wife Pam did not want him to get in the way of her activities, so he started out at the WA Maritime Museum.

"I have been retired as long as I have worked," he said.

For the last 15 years, Mr Tulloch has volunteered at the Geographe Community Landcare Nursery and has played an instrumental role in supplying infrastructure for the nursery.

"They are a nice crowd to work with and one of the good things I find about it at the nursery, is they have a lot of volunteers who are disadvantaged," he said.

"A number of people come out with their carers and I feel that is a very good role.

"My wife helped out here too for a number of years, but she is no longer able to walk or talk, I am her carer."

Ms Rocco said the conversations with Mr Tulloch at morning teas were always interesting and he had contributed to the planning and infrastructure of the nursery.

"As a role model Mr Tulloch has been fantastic, he was instrumental in setting up the potting shed and the sponge area out the front so people did not bring in die back or other diseases," she said.

"Mr Tulloch eradicated the arum lilies around here, he was the one who bought the stuff, sprayed them and did it again until they were gone.

City of Busselton mayor Grant Henley said Mr Tulloch had made an extraordinary commitment over the years.

"He is the recognised as the "backbone" of the nursery. His dedication and hard work serves to remind others that worthwhile contribution does not stop at the end of one's paid career," he said.

"Congratulations on winning this Year's Senior Award Mr Tulloch, you are most deserving."