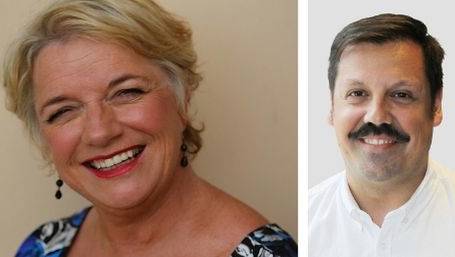 Older jobseekers face major challenges. For those with disability it's a double whammy.

OLDER jobseekers face major challenges. For those with disability it's a double whammy.

However Daniel Valiente, general manager of JobAccess, the federal government's hub for workplace and employment information for people with disability, employers and service providers, says employing people with a disability brings many benefits.

"Unemployment among people with disability is twice the rate of the general population," he said.

"Yet their retention rates are much higher, they cost less to recruit, have lower rates of absenteeism and a lower risk of OHS-related incidents. They have knowledge, and they can steady the ship when in crisis."

Not all disability is physical. For the 20 per cent of the population with mental health issues, finding employment can be a personal minefield.

She experienced mental health issues from her early teens and was diagnosed with bipolar disorder 22 years ago.

Not long after that, her brother, who also had bipolar disorder, passed away. So Ms Jackson decided to start volunteering to show her daughters there was a way to live with her condition. It took her out of her comfort zone.

"Speaking publicly about mental health was nerve-wracking, but I ended up travelling all over Australia doing forums for Rotary and Beyond Blue."

She took up part-time, then full-time employment on psychiatric wards in regional NSW, then moved into management. "Once I found meaningful employment and was open about my condition, it changed how I felt about myself."

She said older employees with experience of mental health are valuable staff members and bring a lot of wisdom to the workplace.

"However mental health in particular has a stigma and discrimination is very strong. Yet emerging research into employees with mental health issues shows they take no more time off than regular employees."