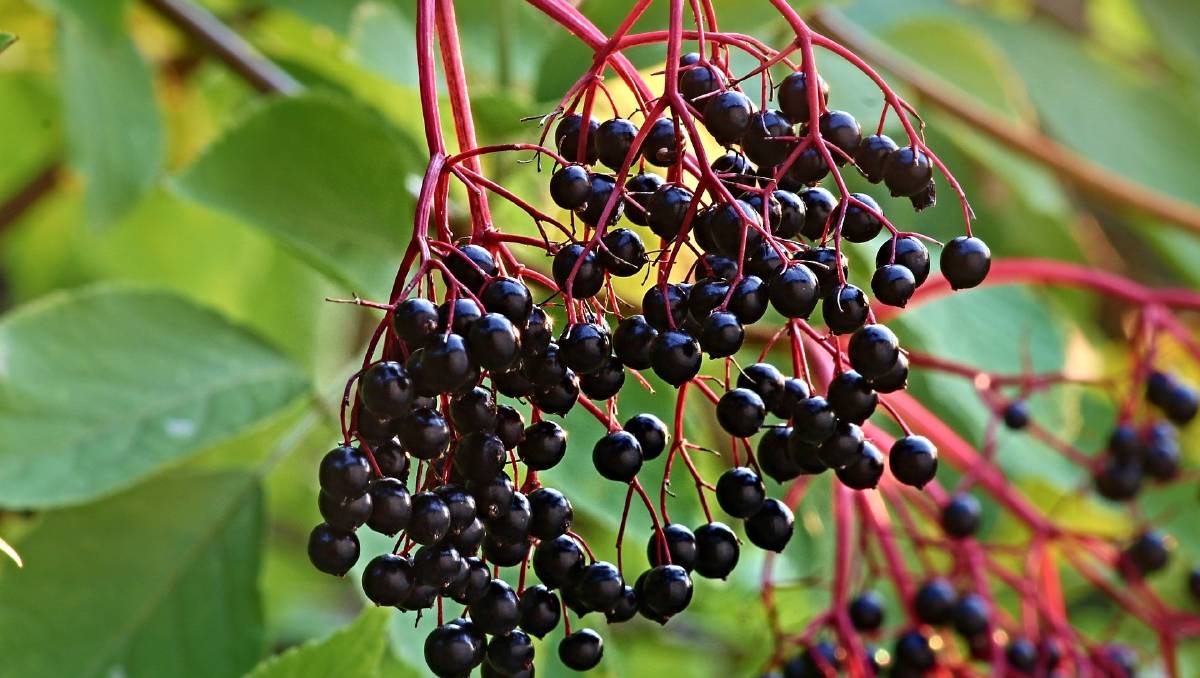 FLU FIGHTERS: Elderberries give up their anti viral secrets.

AS WE roll into flu season our thoughts turn to how we can protect ourselves from the virus that brings such misery to tens of thousands every year.

Folk medicines and herbal products have been used for millennia to combat a whole range of ailments, at times to the chagrin of modern scientists who have struggled to explain their medicinal benefits.

However a recent study by researchers at the University of Sydney has determined exactly how a popular ancient remedy, the elderberry fruit, can help the fight against influenza.

The study showed that compounds from elderberries can directly inhibit the virus's entry and replication in human cells, and can help strengthen a person's immune response to the virus.

Although the elderberry's flu-fighting properties have long been observed, the group performed a comprehensive examination of the mechanism by which phytochemicals - compounds that positive effect health - from elderberries combat influenza infections.

The study was conducted by Professor Fariba Deghani, Dr Golnoosh Torabian and Dr Peter Valtchev at the ARC Training Centre for the Australian Food Processing Industry.

"What our study has shown is that the common elderberry has a potent direct antiviral effect against the flu virus. It inhibits the early stages of an infection by blocking key viral proteins responsible for both the viral attachment and entry into the host cells," said Dr Torabian.

The team also found that the elderberry's antiviral activity can be attributed to its anthocyanidin compounds - phytonutrients responsible for giving the fruit its vivid purple colouring.

Otherwise known as sambucus nigra, the elderberry is a small, antioxidant rich fruit common to Europe and North America that is still commonly consumed as a jam or wine. It has been widely introduced into Australia and can be found in gardens and growing wild.

The researchers used commercially farmed elderberries which were turned into a juice serum and were applied to cells before, during and after they had been infected with the influenza virus.

The phytochemicals from the elderberry juice were shown to be effective at stopping the virus infecting the cells, however to the surprise of the researchers they were even more effective at inhibiting viral propagation at later stages of the influenza cycle when the cells had already been infected with the virus.

"This observation was quite surprising and rather significant because blocking the viral cycle at several stages has a higher chance of inhibiting the viral infection," explained Dr Valtchev.

We identified that the elderberry solution also stimulated the cells to release certain cytokines, which are chemical messengers that the immune system uses for communication between different cell types to coordinate a more efficient response against the invading pathogen. - Professor Fariba Deghani

"We identified that the elderberry solution also stimulated the cells to release certain cytokines, which are chemical messengers that the immune system uses for communication between different cell types to coordinate a more efficient response against the invading pathogen," said Centre Director, Professor Deghani.

The influenza virus is one of the leading causes of mortality worldwide, affecting nearly 10 per cent of the world population. It contributes to one million deaths annually.