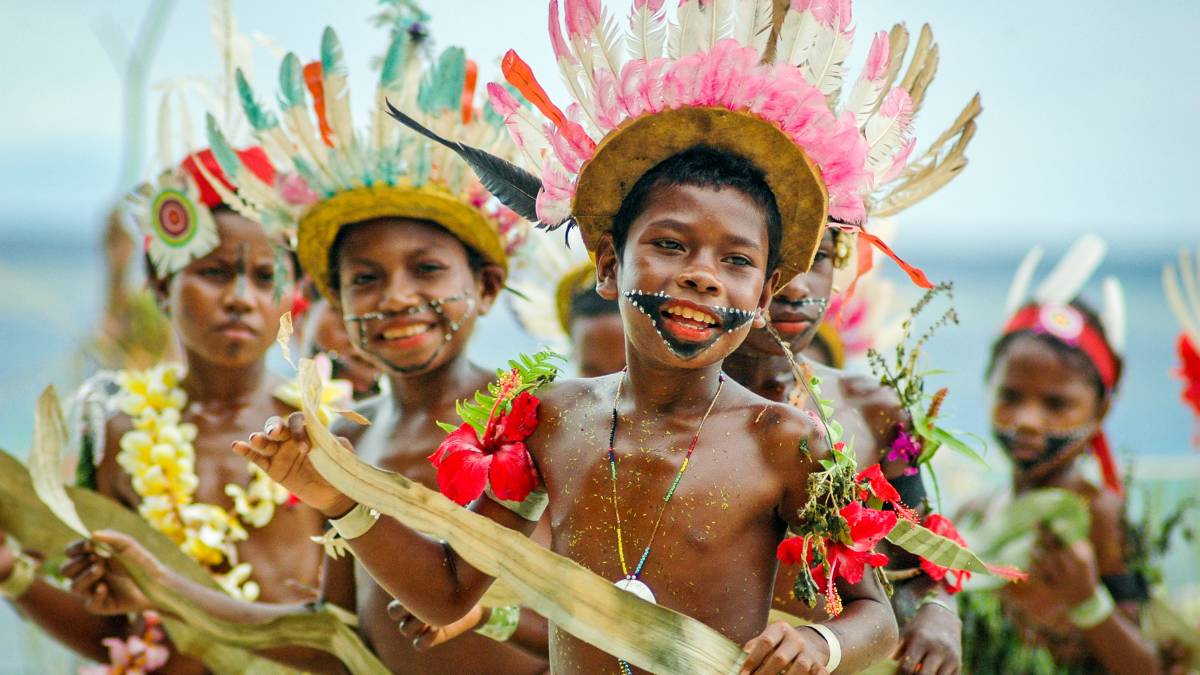 HELLO: Meet the locals on our escorted cruise to Papua New Guinea.

Go on the adventure of a lifetime with us to Papua New Guinea.

VOLCANOES, dense jungles and a rich history - our neighbour Papua New Guinea is a treasure just waiting to be explored.

The Senior and Travelrite are leading a fully escorted exploration cruise to the island in February 2020 aboard Cunard's Queen Elizabeth for a journey you won't soon forget.

After sailing Sydney and spending a day in Brisbane, our first experience of our closest neighbour is Alotau.

The port city is the usually the first stop on most PNG cruise itineraries, and for very good reason. It played a pivotal role in World War II's Battle of Milne Bay.

It's here the Japanese forces suffered their first loss of the war at the hands of Australian and American troops. Late on August 25, 1942, 2000 Japanese marines landed here to try capture Milne Bay. They were met by almost 9000 Allied troops, and this defeat is widely considered to be a turning point in the war.

Now, Alotau is a busy working port, servicing the 160 islands in the area. Hundreds of small ships and boats make their way here for trade and transport.

It's also home to several war memorials and relics, which we'll see on our guided tour. We'll start at the Top Town Lookout, where we'll discover the connection between Alotau and the original provincial capital Samarai. We'll also learn more about the history of the Battle of Milne bay before meeting students at Cameron Secondary School, the province's first established high school. 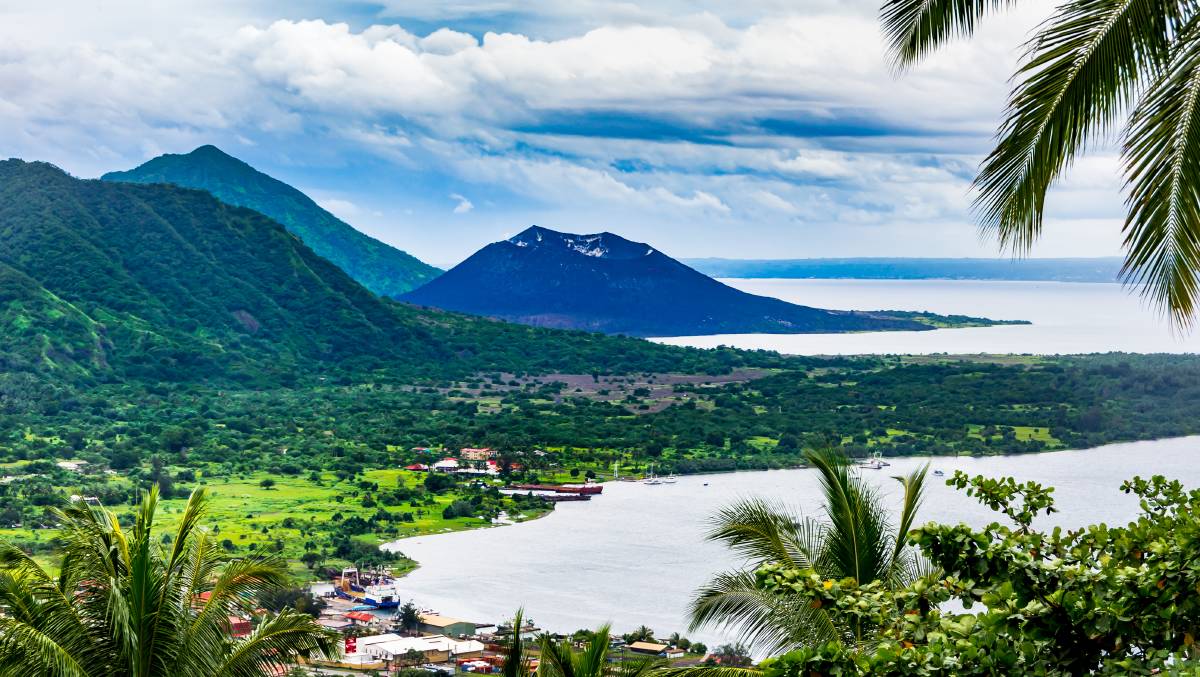 The picturesque Rabaul is home to absolutely breath-taking scenery.

It's then onwards to Kiriwina, the largest and most populated of the Trobriand Islands. But with only 12,000 people calling it home, it's still got that untouched paradise feel. The culture here is still colourful and fascinating. We'll take a guided morning tour of the island and see the local church and markets, where you can pick up intricate trinkets carved from coconuts.

Rabaul is our next stop. A township situated on the edge of a flooded caldera, Rabaul was a base for the Japanese in the war. We'll have a half-day sightseeing tour where we'll see the graves of many Australians who died in battle.

We set sail to our last stop in Papua New Guinea, the Conflict Islands. About 80km from the nearest point of the country, the Conflict Islands are one of the most remote locations of the Coral Sea. It's isolation means it's home to one of the world's most bio-diverse reef systems. We'll enjoy a walking tour of the area and learn about the the islands' fascinating history, including the Battle of the Coral Sea.

Before coming back to Sydney, we'll dock at Cairns, where we'll enjoy a trip on the Skyrail cableway above the rainforest canopy. 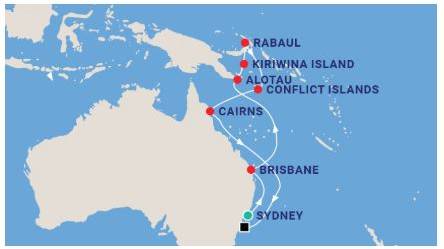 Our time at sea is spent in the plush luxury of the Queen Elizabeth. The ship marries fine service, food and entertainment with the most advanced technological features. On our sailing days, you can enjoy gourmet restaurants, swimming pools, the casino, theatres, the cinema and even a spa.

Plus, there's daily activities including educational lectures, musical performances and even ship sports.

Prices start from $4995, per person, twin share and include more than $1500 in sightseeing tours, entrances and gratuities.

Solos don't have to worry about travelling alone, with Travelrite matching people in twin share cabins when available to save travellers paying the single supplement. There'll also be group activities every day, so making friends will be easy.