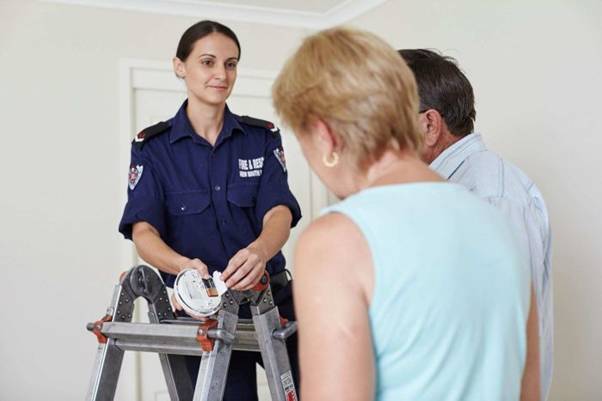 BE SAFE: If you find it is too tricky or unsafe to fit a smoke alarm yourself, contact your nearest Fire and Rescue NSW station for advice.

Is your home fire safe? Why seniors are most at risk.

SENIORS are most at risk from fires, and people over 65 are more likely to die in a fire than younger residents.

According to figures from Fire and Rescue NSW, a quarter of all fire-related deaths in NSW have been from this age group.

Which is why the organisation is urging seniors, and those who care for them, to be aware of basic home fire safety.

Often older people may be affected by mobility issues, reducing their capacity to escape if a fire breaks out in their home.

They also may be more likely to economise and use older appliances, such as portable heaters and electric blankets.

And they could have difficulty installing and maintaining working smoke alarms 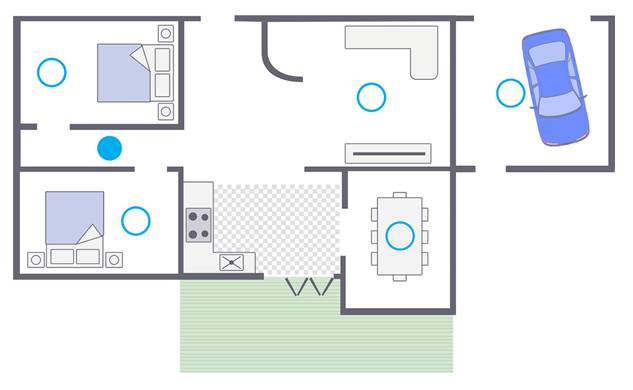 BE ALARMED: An example of the minimum smoke alarm requirement (solid blue) and the recommended placement of alarms. Image: Fire and Rescue NSW

“NSW legislation stipulates that smoke alarms must be installed on every level of your home,” said Fire and Rescue NSW leading firefighter Phil Weekes.

This includes owner-occupied homes, rental properties, relocatable homes, caravans and campervans, or any other residential building where people sleep.

These alarms must be placed in hallways near bedrooms; however, if bedrooms are in different parts of the house, you must have alarms installed in each of these locations.

“If there are no hallways associated with the bedrooms, alarms must be installed between the part of the home containing the bedroom and the rest of the house. 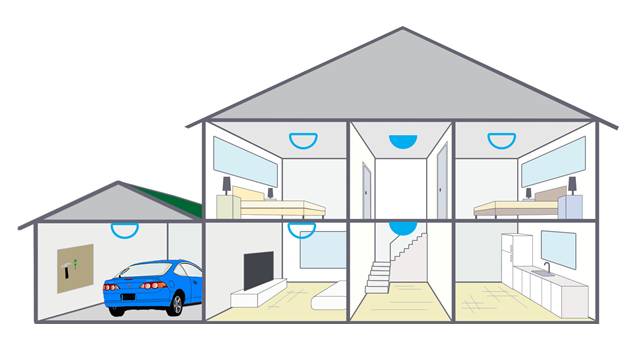 CROSS SECTION: NSW law states residents must have at least one working smoke alarm installed on each level of their home. Image: Fire and Rescue NSW

“You must have smoke alarms on all levels of your home even if there are no bedrooms located on that level.”

Mr Weekes said it is important to always install smoke alarms in accordance with manufacturer’s instructions. “If it is difficult for you to fit one yourself, contact your local Fire and Rescue NSW station for advice,” he said.

On average, 21 deaths occur in residential fires across NSW every year. According to the RNSW Fire Investigation and Research Unit, a third to a half of those fatalities may have been prevented if the homes had working smoke alarms and had a practised home escape plan.