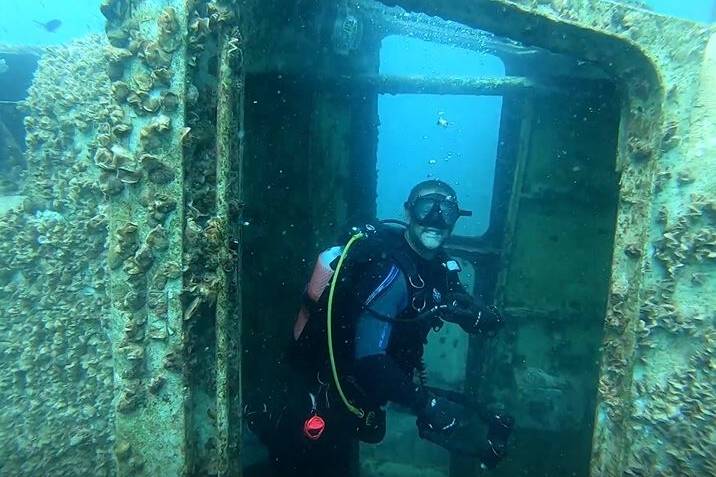 TOBRUK LIVES: The ex-HMAS Tobruk has found a new life as a dive site.

SCUBA divers from around Australia are expected to begin flocking to Australia’s newest dive site on the Fraser Coast.

Commercial operations have begun to the ex-HMAS Tobruk and operators expect busy times as they work through long waiting lists.

“The ship is resting on her starboard quarter about 25 nautical miles from Hervey Bay in 28 metres of water and it will be an extraordinary experience for beginner and experienced divers alike,” said Fraser Coast Tourism and Events manager Martin Simons.

“The side of the ship will be within about 10 metres of the surface and divers of all skill levels will have access to the vessel’s major compartments as well as an outside view of the propeller and rudder.”

When in service with the Royal Australian Navy, the 127-metre amphibious heavy-lift ship could carry up to 18 tanks, had two helicopter decks and provided accommodation for up to 520 troops.

Launched in 1980, HMAS Tobruk was involved in 26 major operations including to the Middle East, Fiji, Bougainville, East Timor and the Philippines before being decommissioned in 2015.

Mr Simons said the uniqueness of the Tobruk as a naval dive wreck was its size.

“There is plenty of room to move around its wide companionways and large transport decks,” he said.

“The sea life is extraordinary,” he said.

A new high-speed vessel is due in April-May.

Mr Bowman said the ex-HMAS Tobruk would become one of the best dives in Australia.