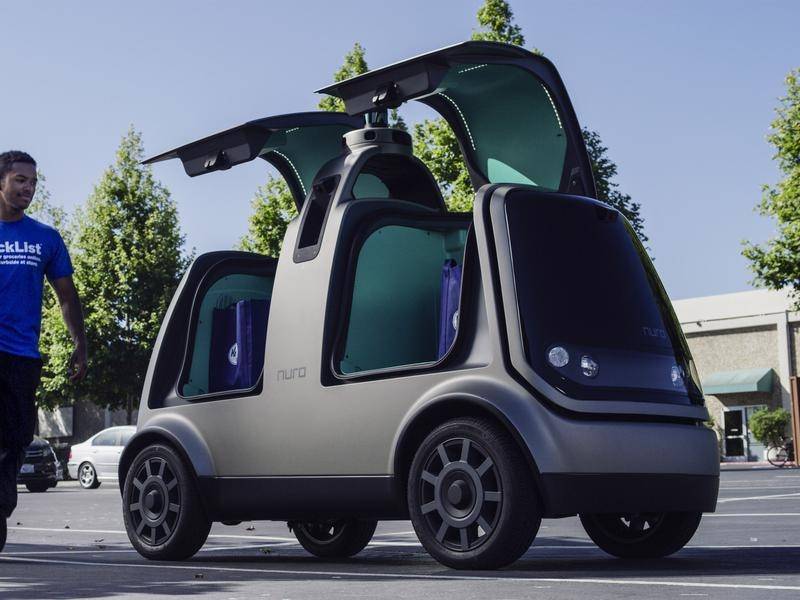 The introduction of autonomous vehicles has already been realised in self-driven monorails.

As robots replace humans and artificial intelligence becomes entwined in everyday life, tech expert Michael Bancroft is brimming with optimism about the oppor...

As robots replace humans and artificial intelligence becomes entwined in everyday life, tech expert Michael Bancroft is brimming with optimism about the opportunities new technologies are opening up.

Co-host of Globalive Media's television series Beyond Innovation, Mr Bancroft interviews everyone from scientists and software engineers working towards what could become remarkable inventions.

Recently he spoke with someone who is researching technology that has the potential to reverse the effects of diabetes, and another who is using nanotechnology to modify brain stem cells.

"This is useful in fighting brain diseases, imagine if we could cure Alzheimer's in the future when this technology is further developed."

"There are so many things AI could help cure in healthcare, it's about making it for good use and the governance around that," Mr Bancroft told AAP.

As the new year gets into full swing, Mr Bancroft predicts AI technologies and robotics will continue to grow at a rapid pace, as well as what's been labelled "the internet of things".

This includes any device connected to the internet which sends and receives data such as a Fitbit or a set of remotely controlled smart speakers. While the application of these "things" are normally designed to be used in isolation, in the new year their integration will be far more cohesive.

"Take scenarios like disaster relief, where the robot can navigate hostile situations first, even helping to find and save people," Mr Bancroft said.

"They aren't taking these jobs away from people, we still need the humans there to help, but the robots and humans will start working together for better outcomes."

The introduction of autonomous vehicles has already been realised in self-driven monorails, and in the near-future automation is bound to take up even more space in the workforce.

For those wanting to adapt, Mr Bancroft recommends early training and education in rapidly expanding fields like data mining, a global race Australia is falling behind in.

"About 2.5 quintillion bites of data are created everyday, it's a scary thing that we are still trying to wrap our head around, people now have to work out how to mine it," Mr Bancroft said.

"And that's where AI has a huge part to play."

Lawyers are starting to utilise new technologies that can pour over case studies and extract the most useful information. In theory this should reduce their billable hours drastically.

Another area of expansion is personalised healthcare. Instead of the one-size fits all approach, now there are algorithms that can tailor treatments for different ailments, and applications for patients to book nurse visits at home rather than having to go into hospital.

Around the world billions is being spent on developing smart cities, where traffic lights and signals will be helping ease congestion based on real-time responses and demand, and garbage bins can indicate just how full they actually are.

But if companies expect consumers to readily adopt and trust these new areas of technology, transparency and education will be key for building that relationship early on.

"At the end of the day you want to make sure consumers are comfortable, when it comes to data and security, companies should focus on transparency and doing that properly," Mr Bancroft said.

"We grew up with our parents telling us not to hop into cars with strangers, now we are doing that everyday in Ubers."