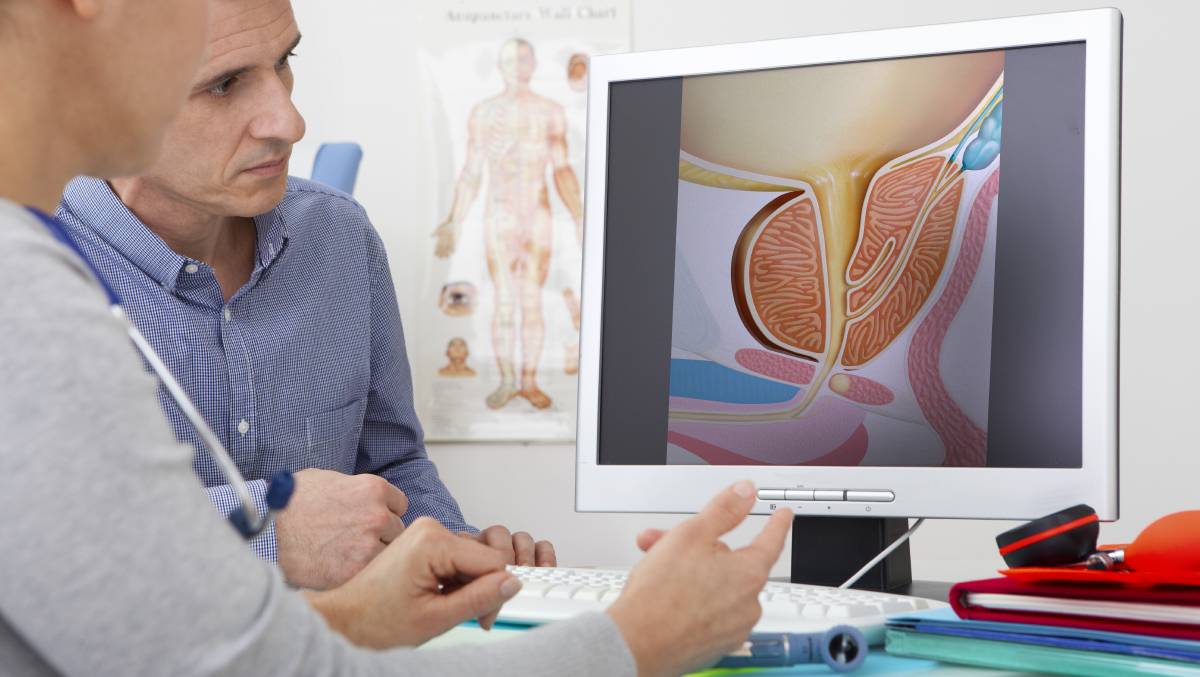 PROSTATE: Research shows some men would prefer to sacrifice survival odds rather than suffer the side-effects of prostate cancer treatment.

SOME men with prostate cancer are willing to accept lower survival odds to avoid incontinence, impotence and repeat treatments, according to researchers.

Prostate cancer is one of the most common forms of cancer in men but in many cases it is a slow growing disease with relatively good survival, even if left untreated.

Treatment can include surgery or radiotherapy, but both can cause urinary incontinence and a loss of sexual function.

Some patients will spend weeks or months recovering from treatments and some may need a second round of treatment.

A new British study suggests that while patients value a longer life, they also value quality of life and may be willing to choose less treatment on that basis.

“Men with early prostate cancer have to choose between active surveillance, with regular check-ups, and more invasive therapy, such as removal of the prostate gland or radiotherapy,” said Hashim Ahmed, chair and Professor of Urology at Imperial College London and chair of the National Cancer Research Institute’s Prostate Cancer Clinical Studies Group.

Previous research suggests that men with low-risk prostate cancer do not gain improvements in survival at 10 years following treatment.

Men with high-risk prostate cancer gain a 5 per cent improvement in 10-year survival with treatment. In men with medium-risk disease there is uncertainty over whether treatment affects survival.

“Men who have treatment do suffer side effects including urine incontinence, requiring daily use of pads, loss of erectile function, despite medication like Viagra, and some will require further treatment,” Professor Ahmed said.

“We know men wish to live longer, but many men get depressed following treatment and their quality of life and personal relationships are affected.”

Professor Ahmed and his colleagues worked with 634 men who had been newly diagnosed with prostate cancer at UK hospitals. The men had only been told their diagnosis and given general information. They had not yet discussed any specific treatment with their clinicians.

Men were presented with two hypothetical treatments that were different in terms of their likely impact on survival, incontinence, impotence, recovery time and the chance of needing further treatment.

They were asked to say which of the two treatments they would pick and this was repeated several times with varying impacts on survival and side effects.

The results showed that survival was the most important factor, followed by avoiding incontinence, not needing further treatment and finally, maintaining an erection.

However, they also suggested that patients were willing to make trade-offs between side-effects and survival.

“It’s easy to assume that patients’ key motivation is survival, but this research shows the situation is more nuanced,” Professor Ahmed said.

“Men do want long life but they highly value treatments that have low side-effects –  so much so that, on average, they were willing to accept lower survival if it meant the risk of side-effects was low.

“The amount of lower survival they were willing to accept is about the same as the small benefit they might expect from radical surgery or radiotherapy instead of active surveillance.

“Each patient differs as to what treatment they prefer but it may help them to know that many men think about the balance between the quantity and the quality of life, and they should not feel it is wrong to have similar thoughts.

“I am interested in strategies that reduce patient harm and limit the impact of treatments on side-effects and quality of life. For many patients that means opting for active surveillance or less invasive treatments such as focal therapy.”

Focal therapy uses heat or cold to target the cancer, as opposed to the whole prostate, in order to reduce side-effects; but it is not available in all hospitals. The researchers did not gather information on which treatments the patients ultimately chose, partly because the real options available varied between hospitals.

Professor Ahmed said more research is needed into less invasive treatments and into how active surveillance can be improved by using imaging instead of repeat biopsies.

For information about prostate cancer: www.prostate.org.au