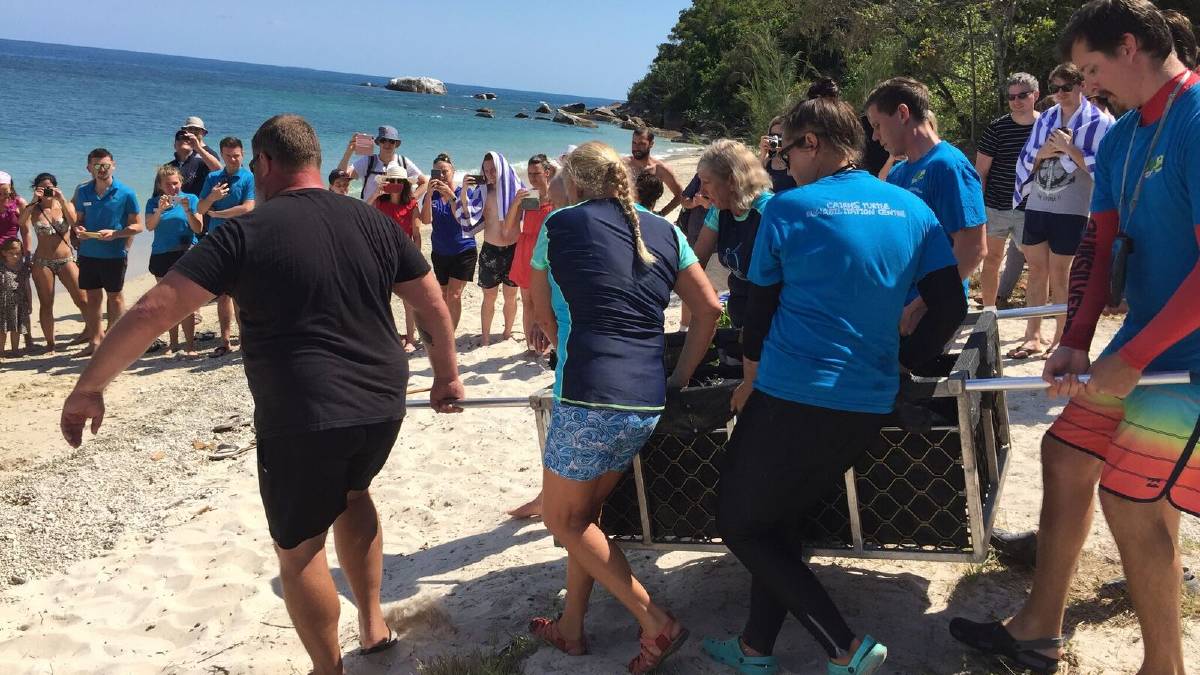 SHELL SHOCKED: Margaret the turtle is gently carried to the shoreline.

Turtle's amazing recovery: Margaret heads back to the ocean

A LARGE green sea turtle named Margaret has been released back into the Great Barrier Reef after her dramatic rescue three years ago.

When she was rescued Margaret was suffering pneumonia and impaction from marine debris.

Presumed to have been floating for many months the severely malnourished turtle was so large that eight people were needed to lift her on to the boat.

Since then has been recovering at the island’s Turtle Rehabilitation Centre.

More than 80 years old and over a metre in length, Margaret is one of the oldest female breeding turtles ever rescued. She now has a state-of-the-art satellite tracker attached to her so researchers can follow her journey. 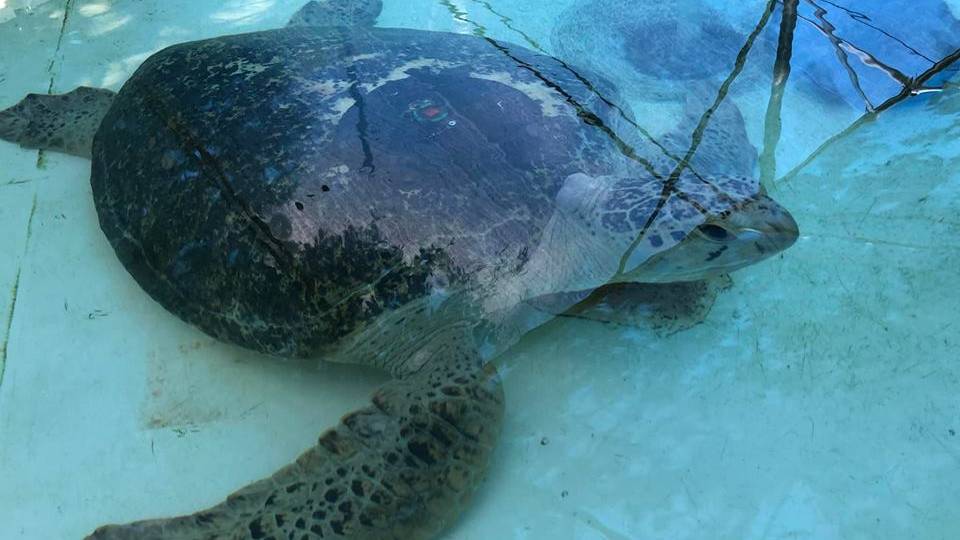 The turtle’s namesake, the late Margaret Deas, was one of Australia’s oldest conservationists who celebrated her birthday in 2015 by completing 102 squats – one for every year of her life – to raise funds for the Australian Wildlife Society.

The $5000 she raised was donated to the Society’s marine turtle project at the Cairns Turtle Rehabilitation Centre, allowing Margaret the turtle to eat fine-dining seafood.

Sponsored by Fitzroy Island Resort the Cairns Turtle Rehabilitation Centre is a volunteer operated, non-profit organisation dedicated to the rehabilitation of sick and injured turtles with 14 turtles currently in care.

Turtles can also be seen in the wild at Fitzroy Island with snorkellers likely to see green sea turtles and the occasional hawksbill turtle in Welcome Bay and at Nudey Beach. 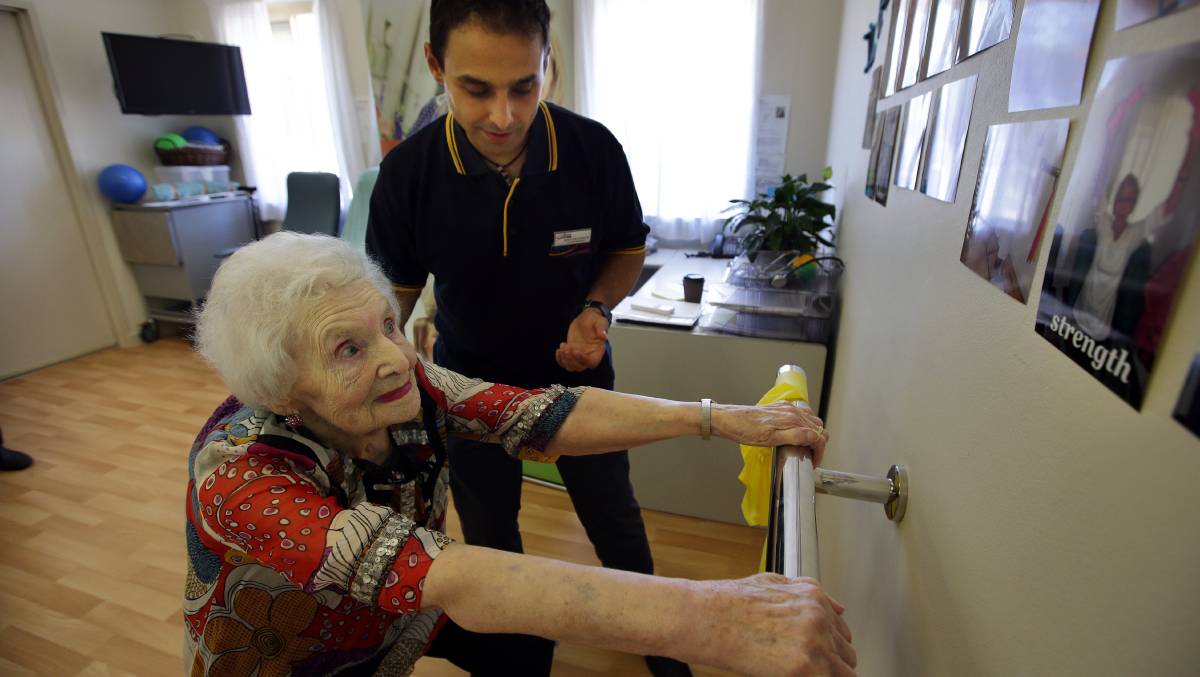 Conservationist Margaret Deas (after whom Margaret the turtle was named) completing 102 squats on her 102nd birthday.