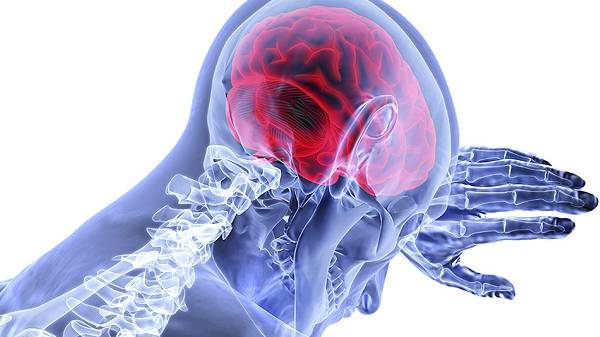 SILENT KILLER: People with atrial fibrillation are five times more likely to have a stroke than those without.

Are you at risk from this undetected killer?

Thousands of Australians are living with an undetected killer putting them at serious risk of stroke, and this number is on the rise.

Around 460,000 Australians have atrial fibrillation (AF), an irregular heartbeat, which can have fatal consequences if left untreated. And around 100,000 Australians are estimated to be living with the condition undiagnosed.

People with AF are five times more likely to have a stroke than those without, according to Dr David O’Donnell, clinical adviser with health promotion charity hearts4hearts.

The not-for-profit works to improve the diagnosis, treatment and quality of life for people affected by heart rhythm disorders.

“Further, the strokes caused by AF are more commonly severe or fatal than those caused by blood clots for other reasons, so detecting and treating this dangerous condition is vital to our health,” said Dr O’Donnell.

Atrial fibrillation is the most common type of abnormal heart rhythm, but once detected, it can be managed. - Tanya Hall, hearts4hearts

The number of Australians aged over 55 with AF is expected to the double by 2040.

So this Atrial Fibrillation Awareness Week (September 17-23) hearts4hearts is joining with the Stroke Foundation to encourage Australians to ‘feel the beat’ at free screening events around the country.

“Atrial fibrillation is the most common type of abnormal heart rhythm, but once detected, it can be managed,’’ she said.

She is urging people to attend a screening event in their local area or visit their own health provider to get checked for atrial fibrillation.

Stroke Foundation chief executive Sharon McGowan said while your risk of AF and stroke increases with age, the diseases could impact anyone of any age.

“Currently, there is one stroke every nine minutes in Australia and by 2050 this number is expected in increase to one stroke every four minutes. Yet most strokes can be prevented,’’ Ms McGowan said.

“More than 80 per cent of strokes can be prevented by managing conditions - including AF – and living a healthy lifestyle.

“Join us this Atrial Fibrillation Awareness Week and help fight this undetected killer.”

What is atrial fibrillation?

Atrial fibrillation is a particular type of irregular heartbeat.

In a healthy heart, all four chambers beat at the same time, somewhere between 60 and 100 times per minute.

If someone has an irregular heart, the left side of the heart (left atrium) beats rapidly and unpredictably and can beat irregularly at over 400 times per minute.

If untreated, it can result in a high risk of stroke.

Atrial fibrillation affects up to 460,000 Australians and causes around 36 per cent of strokes.