BELOW THE POVERTY LINE: An independent tribunal is needed to fix the inadequate age pension, say National Seniors and the Benevolent Society.

A LEADING advocacy group has called for an independent tribunal to set the age pension.

National Seniors believes a tribunal would take the politics out of the pension-setting process and help alleviate the chronic poverty being faced by pensioners – it is estimated that one-in-three over-65s live below the poverty line.

The organisation has teamed up with Australia’s oldest charity, the Benevolent Society, to achieve a fair go for age pensioners as part of a Fix Pension Poverty campaign.

The age pension has become a prime target for federal budget savings, with an ageing population and the overall cost used to justify cutting the number of people receiving the pension.

Next year the age at which people can access the age pension will rise to 66, leaving many unemployed seniors barely surviving on a the meagre NewStart allowance for even longer.

Many part-pensioners have lost access to the welfare payment due to changes to assets tests, while others have become ineligible for a pensioner concession card.

National Seniors chief advocate Ian Henschke said recent public debate about the age pension had become “toxic”, with younger taxpayers being told by government they were bearing an increasing burden to fund it.

“Politics must be taken out of the process,” he said. “An independent age pension tribunal is the first step to a fairer retirement income system that meets the needs of older Australians.”

Mr Henschke said the proposed tribunal would calculate a fair and adequate pension rate, along with supplements, based on need and circumstances.

Its decisions would be accepted by government without debate in the same way monetary policy was set by the Reserve Bank, with determinations made every November to provide enough time to be accounted for in the May budget.

Of the 1.5 million people receiving a full age pension, 40 per cent rely on it as their sole source of income. 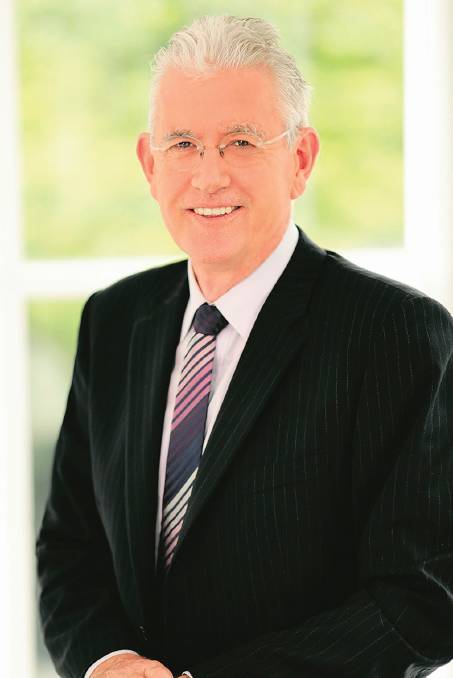 TOXIC DEBATE: Younger taxpayers are being told by government they are bearing an increasing burden to fund the age pension, says Ian Henschke.

“If you are a single person receiving the age pension and you aren’t entitled to rent assistance (because you are a home owner), your income is $56 a week below the poverty line,” Mr Henschke said.

“Older renters are particularly hard hit. More than 250,000 pensioners don’t own their home and, on average, a pensioner receives only a third of what’s required to pay rent these days.

“Single older women are more likely to be living in poverty. They have less savings and superannuation because they take time out of the workforce to raise children and care for aged parents.

“It reflects poorly on government when older Australians live in poverty.”

Mr Henschke said National Seniors and the Benevolent Society were building a grassroots campaign for change in the way the age pension was set.

“We’ve been visiting our branches and speaking with members and will be lobbying federal parliamentarians from all parties to support establishment of an independent age pension tribunal.”

The Benevolent Society report, The Adequacy of the Age Pension,  exposes the desperate plight of many older Australians.

"We know that there are areas of severe deprivation, where particular groups go without adequate food, housing, heating, medical supplies, dentistry and other vital essentials,” the report says.

“None of these shortfalls would be part of a reasonable standard of living acceptable to most Australians.

“The shortfalls are concentrated among singles, women and renters, especially when someone falls into several of these categories. At the very minimum, our age pension policy should redress these deprivations.”

“A government that cares about older people is one that does not accept the dire circumstances faced by too many who are relying on an inadequate age pension,” Mr Pringle said.

“We haven’t seen a lot of that lately, but the Fix Pension Poverty campaign aims to change that.”

An OECD (Organisation for Economic Co-operation and Development) report says the old age poverty income rate in Australia is high at 26 per cent compared to 13 per cent across other countries.

The twice-yearly pension increase is due on September 20.  The amount has not yet been announced.

Wage increases have virtually flatlined for most Australian workers, which will be reflected in the increase since pension rises are linked to prices and wages, and allowances to the Consumer Price Index.