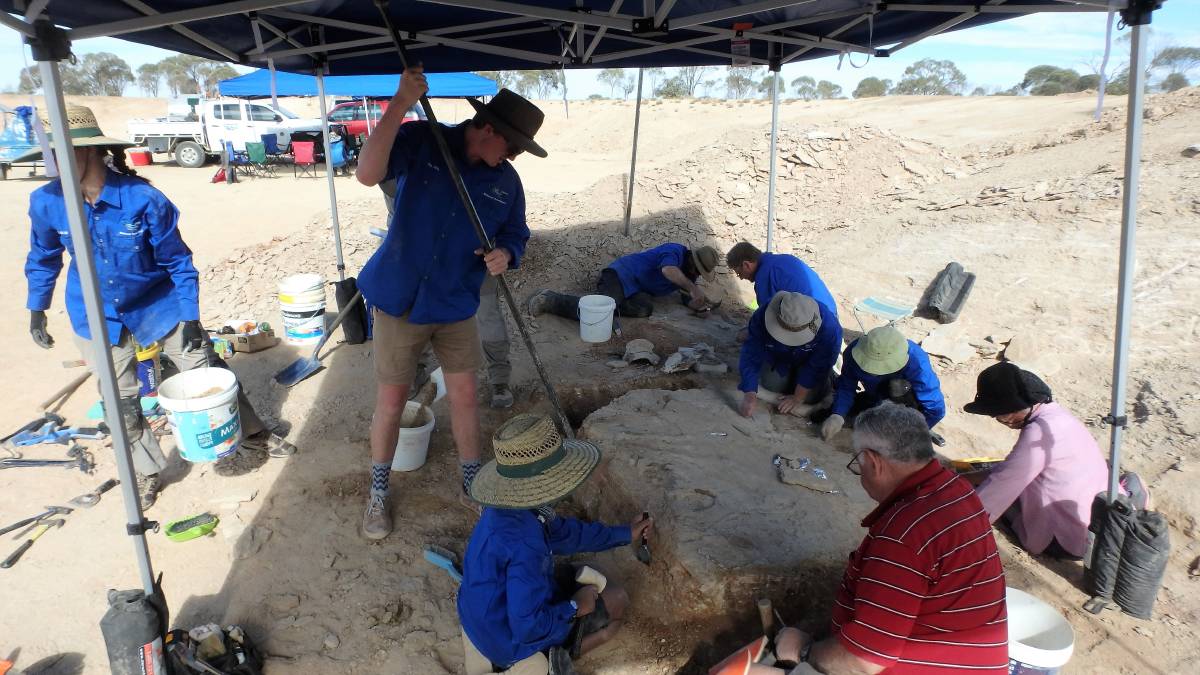 ANCIENT HISTORY: The site where the Ichthyosaur was unearthed in Richmond during the annual Big Big. Photos: Michelle Johnston

The outback town of Richmond held its annual Big Dig in July and unearthed an Ichthyosaur.

Thirteen participants exchanged their time to gain experience by excavating something that was pretty big, in more than one way, along with two Kronosaurus employees and one volunteer.

Kronosaurus Korner Curator Michelle Johnston said the partial Ichthyosaur was around 100 million years old and the size of a car.

“It’s a dolphin-like creature with the attitude of a crocodile,” she said.

Ms Johnson said there were a mix of experienced diggers and novices on the two week dig.

An Ichthyosaur is a dolphin-like creature with the attitude of a crocodile. - Curator Michelle Johnston

“We give instructions and guidance on how we remove the specimen,” she said.

A 1.8m square jacket, plaster cast, is holding the specimen while waiting for transport from the dig site.

“The plaster is like a protective jacket over the fossil which enables us to safely flip it before transportation back to the museum. The specimen will become available for research or display.”

Each year the Kronosaurus Korner, invites the public to join a palaeontologist in digging up a large fossil specimen. 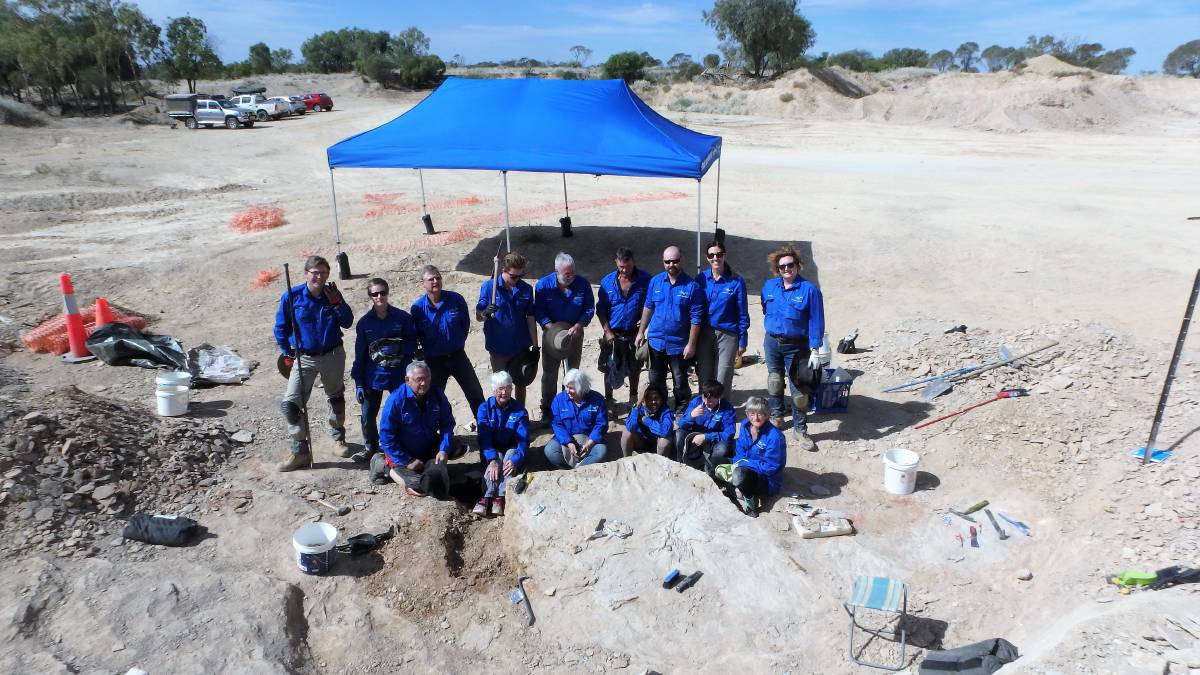 The Diggers at the site