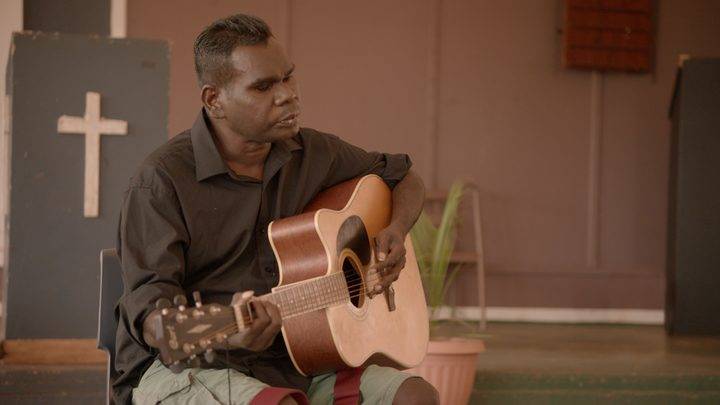 The singer, known as Gurrumul, travelled the world with his music. Photo: 6 Seasons Productions.

Gurrumul is now the seventh-highest grossing Australian documentary of all time.

The documentary delves into the songs inspired by his community Galiwin’ku on Elcho Island in far north-east Arnhem Land.

The news comes as ‘Djarimirri’ is about to be released on vinyl after being honoured with Album of the Year, Song of the Year and Artist of the Year at the National Indigenous Music Awards last weekend.

“It is significant that Australia has opened its mind and its heart to this important release,” producer Michael Hohnen said.

“Djarimirri is not just an album of songs, it’s a historical document. The record is an account of his community and its history that G created to open up the world and build a bridge between Yolngu and Balanda (non-Indigenous people).

“To see his vision coming to life and for his work to be creating understanding of the beauty in his culture would make him very happy. It is on many levels the completion of his life’s work,” Mr Hohnen said.

Said to be one of the most important and acclaimed voices to come out of Australia, Gurrumul, born blind, died at only 46-years-old in July last year.

The documentary was released across the country to rave reviews.

Seen by hundreds of thousands of people, Gurrumul spreads the story of music and family to all corners of the globe.

The singer's family broke with cultural tradition to allow the use of his name beyond his death, in an effort to ensure his legacy lives on.