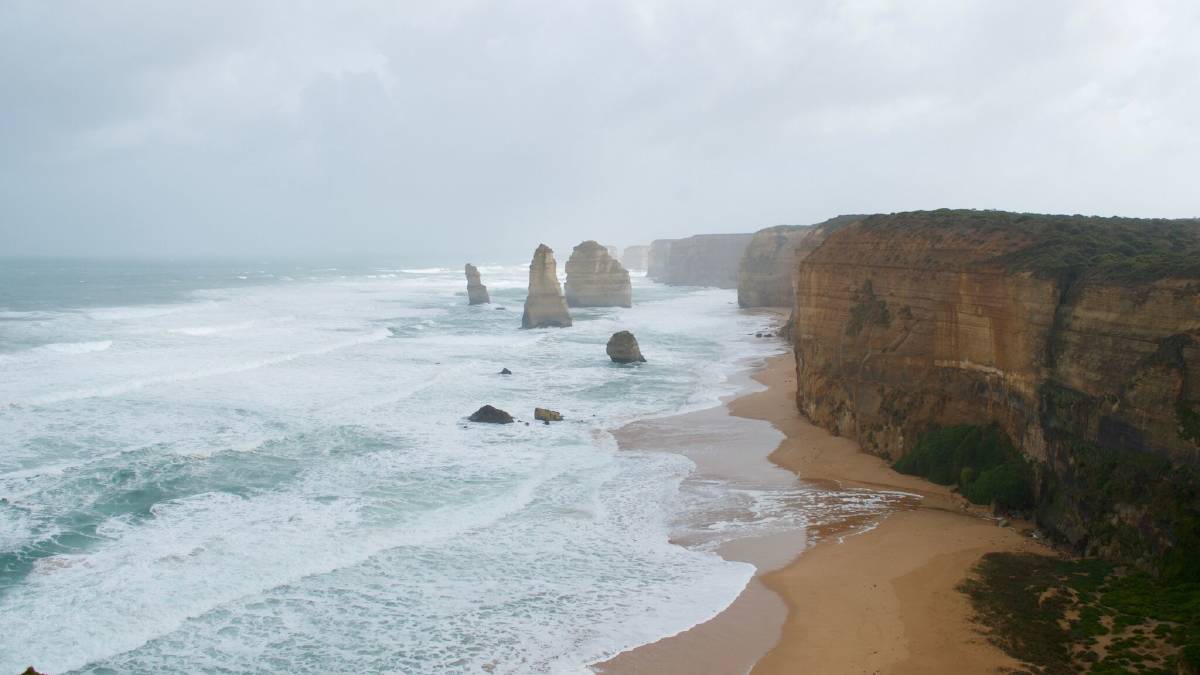 Are the The Twelve Apostles one of the “Seven Wonders of Australia”?

The iconic Twelve Apostles have been nominated in a nationwide voting drive to determine the “Seven Wonders of Australia”.

The landmark limestone stacks are in the running along with other tourist hotspots like the Great Barrier Reef, Fraser Island, Uluru and the Shrine of Remembrance as part of the Experience Oz campaign.

The one-off campaign is aiming to encourage Australian travellers to explore their own backyard, as well as highlight conservation and environmental issues. 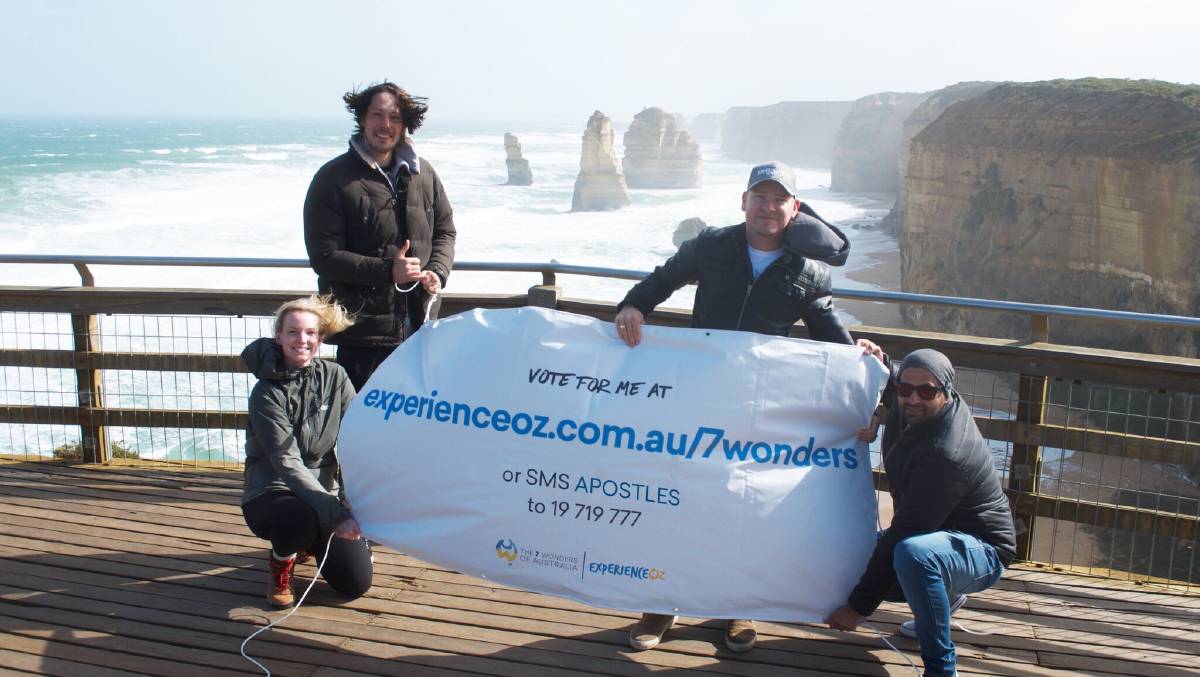 Visit: The Experience Oz team encouraging people to vote for the Twelve Apostles as part of a new campaign.

“We’re asking people to weigh in based on a number of criteria such as desirability as a travel spot, natural and historic value, beauty and a number of other factors that make Australia’s sites and their experiences so amazing,” he said.

“We are thrilled to see the Twelve Apostles nominated as a contender for one of the ‘7 Wonders of Australia’ and we encourage everyone to have their say and get involved in championing what they believe are the greatest wonders.”

“Melbourne and regional Victoria are bursting with experiences,” he said.

Public voting closes on October 7 before the top 20 most popular sites will be deliberated on by a panel of experts.

For more information or to vote visit experienceoz.com.au/7Wonders or SMS APOSTLES to 19 719 777.