FROM an “old school hero” to an “extraordinary role model” the country’s top aged care volunteers have been recognised for their tireless generosity.

Whether it is driving elderly people to appointments or helping care for those with dementia, there are many volunteers working behind the scenes in Australian aged care facilities and services helping improve the lives of older people and their carers.

Five such dedicated people have been named state finalists in the Volunteer of the Year category at the Aged and Community Services Australia’s (ACSA) annual Aged Care Awards.

When Western Australia’s Gilbert ‘Gil’ Hicks retired from work as a carpenter, he took up volunteering as a way of ‘giving back.’ He drives clients with Astley Care to appointments, shopping and social outings often out of regular business hours.

Those that nominated Brian O’Reilly – winner of the New South Wales and ACT category – did so “not because he does things that garner attention, but because he’s an old-school hero who just puts in regular and constant commitment to make others’ lives better behind the scenes.” 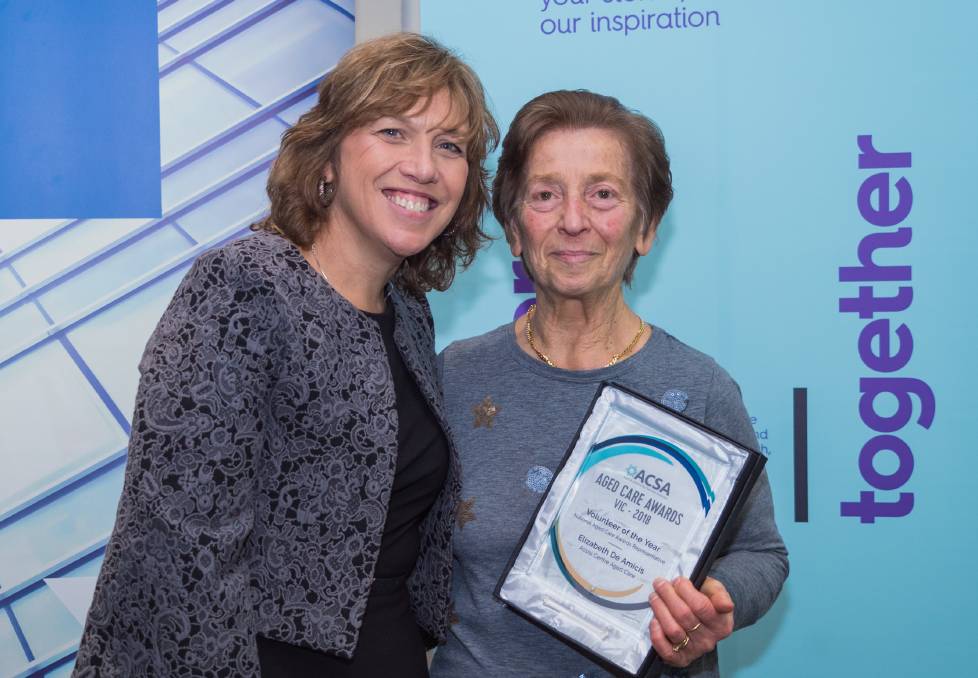 Volunteering with Presbyterian Aged Care NSW/ACT, Brian is described as a “loyal and committed volunteer” showing up for the residents of Ashleigh Lodge for 27 days every month for over a decade.

In Queensland, Alison Day has been volunteering with Blue Care for 20 years.  Alison was recognised for her care, commitment and hard work assisting residents with dementia in Blue Care’s memory support area.

Victoria’s Elizabeth De Amicis has volunteered her own time every weekend for the past six years at Assisi Centre Aged Care, providing comfort and support to the most vulnerable residents in the centre’s memory support unit as well as helping with the daily care of residents in the broader Italian community.

Meanwhile in South Australia, Pina Deguisa has been volunteering with The Society of Saint Hilarion Aged Care since 1978. She was recognised for being an “extraordinary role model to others in the local community, as well as an inspiration to promoting the growth of volunteering within the organisation.”

More than 30 individuals, organisations and initiatives were recognised at the state awards.

“ACSA’s state awards recognise some of the wonderful people who commit themselves tirelessly day-in-day-out to the care of others,” said ACSA CEO Pat Sparrow.

“Our industry is run on the strength of those selfless efforts. ACSA’s State-based awards are an important way of giving back some of the recognition they deserve.”

All finalists now go on to the ACSA National Awards which will be held as part of ACSA’s National Summit, September 3-5.

More information on the awards and the State and Territory winners, as well as the Summit, can be found HERE.