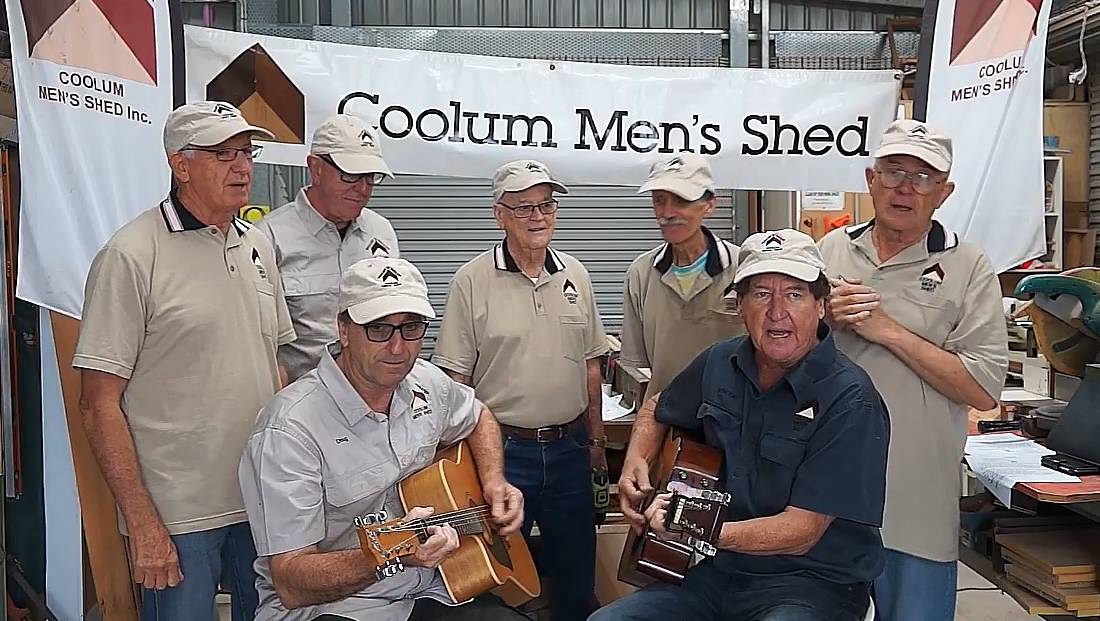 Shedders from Coolum Men's Shed have reworked a John Williamson song into a shed anthem.

Coolum Men's Shed has created a Men's Shed anthem with the help of John Williamson.

COOLUM Men’s Shed has a global humdinger on its hands after the online launch of a revamped ode to the mancave that’s resonated with thousands of YouTube viewers.

With permission from balladeer John Williamson, the Aussie folk classic ‘All Australian Boys Need a Shed’ has been tweaked as a Men’s Shed anthem.

All us Coolum men need a shed.

A place where we can do to remind us we’re not dead;

To whinge about the things our woman said.

Yeah, all us Coolum men need a shed.

While the accompanying video clip, filmed and produced by harmonica player Paul Nicholas, underscores the activities of Coolum Men’s Shed specifically, the message of mateship of has proven universal.

“It’s taken us all by surprise,” RoscoE admitted to The Senior.

“We fellas aren’t that good about talking about ourselves and our feelings but put it into song and it’s relatable. This is a Coolum Men’s Shed song that’s hitting the chord with members of the movement all over Australia and the world!”

RoscoE is now recording a series of children’s songs.