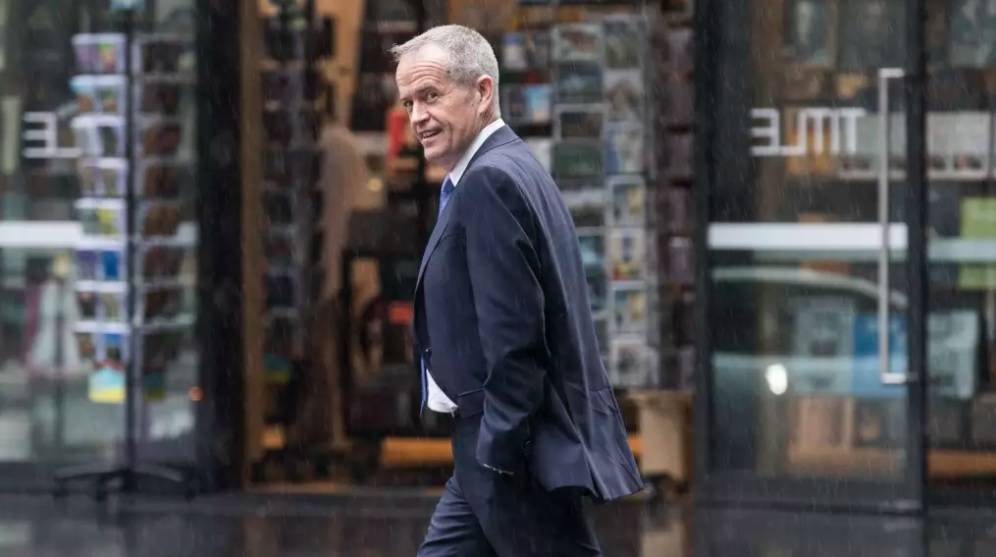 As the government accused Mr Shorten of “stealing” tax refunds from pensioners, groups including National Seniors Australia and super fund owners called on Labor to shelve the plan.

But the Opposition Leader gained support from key voices including former prime minister Paul Keating, who introduced tax credits for dividend payments in the 1980s and said the cash refunds should never have been added in 2001.

A crucial fight looms on the number of taxpayers who will bear the brunt of the plan, which would start on July 1 next year if Labor takes power at the next election.

Labor treasury spokesman Chris Bowen declared that “less than one per cent of full pensioners” would be hit by the changes, equivalent to just 15,000 people.

“We fully recognise this will lead to a government scare campaign,” Mr Bowen said.

“The fact of the matter is that Labor’s reforms are carefully designed.”

Fairfax Media understands up to 250,000 people on part-pensions would also lose cash refunds – almost one third of the part-pensioners across the country.

Mr Bowen revealed a different calculation, however, by telling the ABC on Tuesday night that the effects would be smaller.

Mr Bowen fended off questions about the average earnings of those who would lose cash refunds, noting that many in retirement had low taxable incomes but substantial super fund balances.

“The bulk will be paid by people with very large balances in their self-managed super funds,” he said.

The impact will also be felt by hundreds of thousands of Australians who have funded their own retirement, sparking fury from those who manage their own superannuation funds.

“It fails the test of fairness because it will benefit taxpayers on higher incomes at the expense of those on lower incomes,” said Michael Lorrimer, the managing director of the Self Managed Super Fund Owners’ Alliance.

A central claim in the dispute is that retirees with higher incomes, for instance from property investments, would see no change while those on lower incomes would lose the cash refunds they rely on for their household budgets.

National Seniors Australia chief advocate Ian Henschke said this could amount to $4000 for a retiree with a share portfolio who counts on betting a cash refund under dividend imputation rules.

“That may not sound like a lot to some people but it could be 10 per cent of that person’s income,” he said.

“It’s still a long way until the next election and there is still an opportunity for Labor to look at the unintended consequences here. We believe the policy needs to be reconsidered.”

The Labor policy document claims that some self-managed super funds collect cash refunds of $2.5 million because they invest heavily in Australian shares that qualify for franking credits under dividend imputation rules.

The rules offer tax credits on dividends on the grounds that companies have already paid tax on the profits they distribute to shareholders, a system that prevents the income being taxed twice.

While many taxpayers with higher taxable incomes use the franking credits to reduce their tax bill, those who rely heavily on dividends – such as retirees – end up with a tax credit that is paid to them as a cash refund from the Australian Tax Office.

Mr Shorten has made it clear that Labor will keep the dividend imputation scheme and will restrict its changes to cancel the cash refunds, arguing this will only hurt 8 per cent of the country’s 14 million taxpayers.

“The vast bulk of the dividend imputation scheme that we’re talking about reforming goes to the top end of town,” he said.