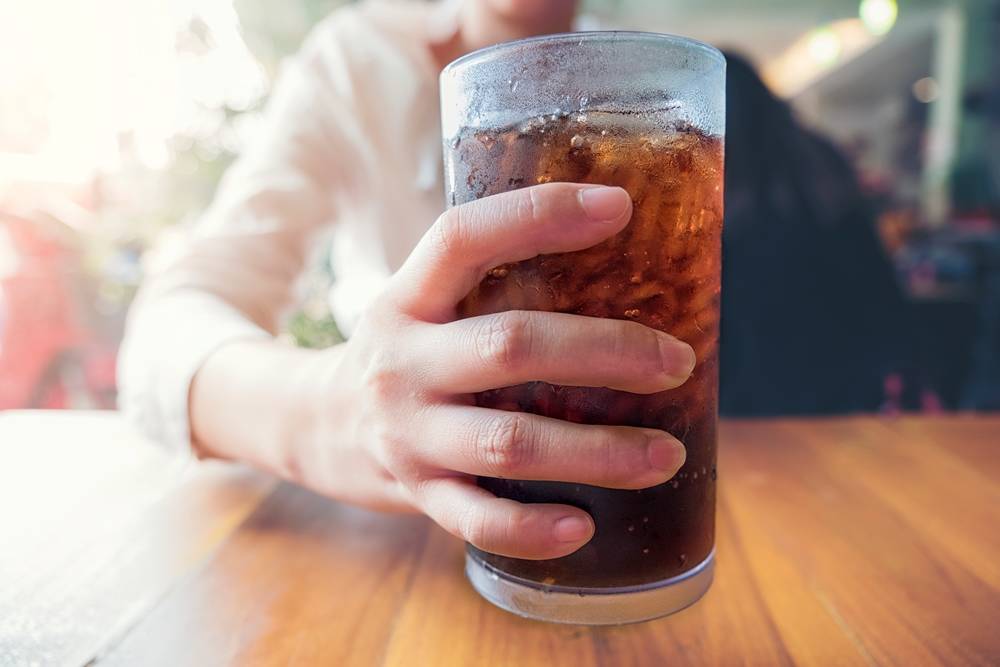 People who regularly drink sugary soft drinks are more at risk of several types of cancer than those who don't say researchers. Photo: Shutterstock

DRINKING sugary soft drinks could increase cancer risk, regardless of body size, according to new research from Cancer Council Victoria and University of Melbourne.

DRINKING sugary soft drinks could increase cancer risk, regardless of body size, according to new research from Cancer Council Victoria and University of Melbourne.

People who regularly drank sugary soft drinks were found to be more at-risk of several types of cancer than those who didn't, according to the study.

"These particular cancers are commonly associated with obesity, however our research found this risk existed for all participants, no matter their size," said Associate Professor Allison Hodge of Cancer Council Victoria's Cancer Epidemiology and Intelligence Division.

The findings are based on a research study of more than 35,000 Australians who developed 3283 cases of obesity-related cancers.
"We were surprised to find this increased cancer risk was not driven completely by obesity.

"Our study found that the more sugary soft drinks participants drank, the higher their risk of cancer. This was not the case with those who drank diet soft drinks, suggesting sugar is a key contributor," said A/Prof Hodge.

"Even people who were not overweight had an increased cancer risk if they regularly drank sugary soft drinks."

Cancer Council Victoria chief executive Todd Harper said these findings provide yet another reason for people to cut back their consumption of sugar-sweetened soft drinks.

"Sugary drinks, including soft drinks, are already known to be a cause of obesity, which greatly increases the risk of 13 types of cancer," he said.

"And cancer is just one of many chronic health conditions associated with sugary drink consumption - including increased risk of type 2 diabetes, heart disease, and tooth decay."

"We need more people to understand the connection and make the switch to water."

The study looked at adult soft drink consumption, but the problem is likely even more significant in younger Australians, according to Obesity Policy Coalition executive manager Jane Martin.

"Big brands bombard kids with marketing for these unhealthy sugary drinks, including through sport, which can set kids up for a lifetime of health problems."

"A 20 per cent health levy on sugary drinks can help deter people from these cheap and very unhealthy drinks, and help recover some of the significant costs associated with obesity and the increasing burden this puts on our public health care system."

Ms Martin also said people should still be cautious about drinking artificially-sweetened drinks, as these have also been associated with weight gain and obesity, which is in turn associated with cancer.

A/Prof Hodge said she would like to see these findings confirmed among other populations, and understand why - and the extent to which - sugar seems to increase cancer risk.

"This is one of the first studies to identify an association between sugary soft drinks and cancer risk, and so we hope this study will encourage more research in this area going forward," she said.

The research, Consumption of sugar-sweetened and artificially sweetened soft drinks and risk of obesity-related cancers, was published in the Public Health Nutrition journal.