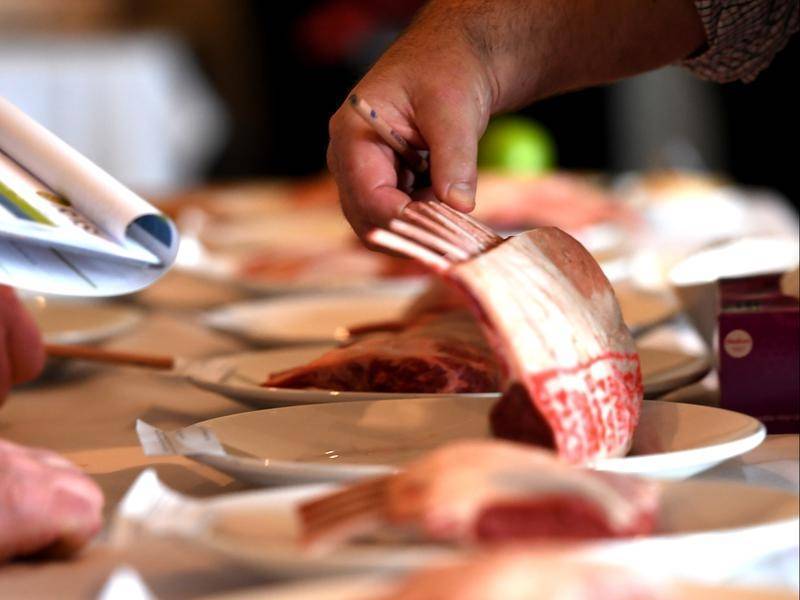 Researchers at Edith Cowan University's school of medical and health sciences examined the diets of 541 Australians and measured the levels of amyloid beta (Ab) in their brain, pieces of protein which clump together in the brains of those with Alzheimer's disease.

The study, published in the Journal of Alzheimer's Disease, found participants with higher levels of protein in their diet were less likely to have high levels of Ab in their brain.

Those with the highest consumption, about 118g a day, were 12 times less likely to have high levels of Ab than those in the lowest consumption group, who ate only 54g of protein a day.

"The research clearly demonstrates that the more protein eaten the lower the chances someone has of having a high Ab burden on the brain, which corresponds to a lower risk of developing Alzheimer's in the future," lead researcher Dr Binosha Fernando said.

The mechanism driving the association between high protein intake and low Ab is not known.

"We also know that developing cardiovascular disease increases your risk of developing Alzheimer's disease," she said.

Protein is found in animal products such as beef, pork, lamb, eggs, fish and poultry, as well as plant-based foods such as legumes, whole grains, nuts and seeds.

Without a medical breakthrough, the number of Australians to be diagnosed with dementia including Alzheimer's, the most common form of dementia, is expected to increase to 536,164 by 2025 and almost 1.1 million by 2056, according to Dementia Australia.

To get the potential protective effect demonstrated in the Australia study would not be "too hard", Dr Fernando said.

It would require people eat about 120g of protein each day, she said.

"For example, if you had a mixed bean and tuna salad for lunch, 100g of chicken and salad for dinner and snacked on a handful of peanuts during the day, you would be getting very close to enough protein to lower your chances of having a high Ab burden in your brain," Dr Fernando said.

PROTEIN IN COMMON FOODS PER 100G: