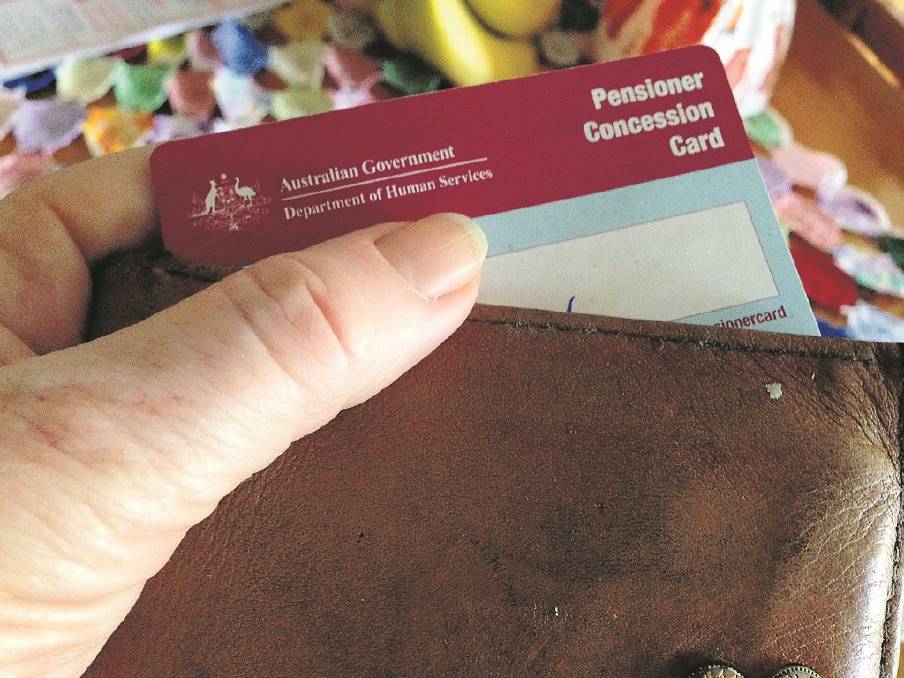 CARD IN THE MAIL - Many retirees will welcome the return of the pensioner concession card.

MORE than 92,000 retirees can look forward to having their pensioner concession cards reinstated this month.

MORE than 92,000 retirees can look forward to having their pensioner concession cards reinstated this month.

Many lost their card on January 1 when the government restructured the amount of assets people could have and still claim a part pension.

Retirees whose asset levels were above the amounts which made them eligible for part pension also lost their pensioner concession card.

These people were issued with a Commonwealth Health Care Card, which gave access to some medical benefits. However, they could no longer access help with hearing services and a range of state, territory and local government concessions for power, rates, vehicle registration, licences, some travel concessions and some state-based health concessions.

The federal government eventually bowed to intense lobbying by seniors' advocacy groups and announced the card would be reinstated as part of the 2017-18 budget measures.

"It's becoming clear to governments that you can't do things like this without some form of electoral anger. When people collectively make their voices heard, governments have to listen."

Mr Henschke said retirees had been doing it tough in the past 12 months with major prices increases in areas such as electricity and health insurance, and more doctors giving up bulk billing.

The new cards will start arriving from October 9.

A spokesman for the Department of Social Services said other eligibility requirements, such as portability, needed to be met.

THE assets test level is increased on March 20 and September 20 each year. Pensions will not be automatically reinstated if a person's assets once again make them eligible. The pension has to be applied for.

The current assets levels at which part pension cancel (from September 20, 2017) are:

For more information about reinstatement of the pensioner concession card, phone 132-300 or go to www.humanservices.gov.au/individuals/news/pensioner-concession-card-reinstatement