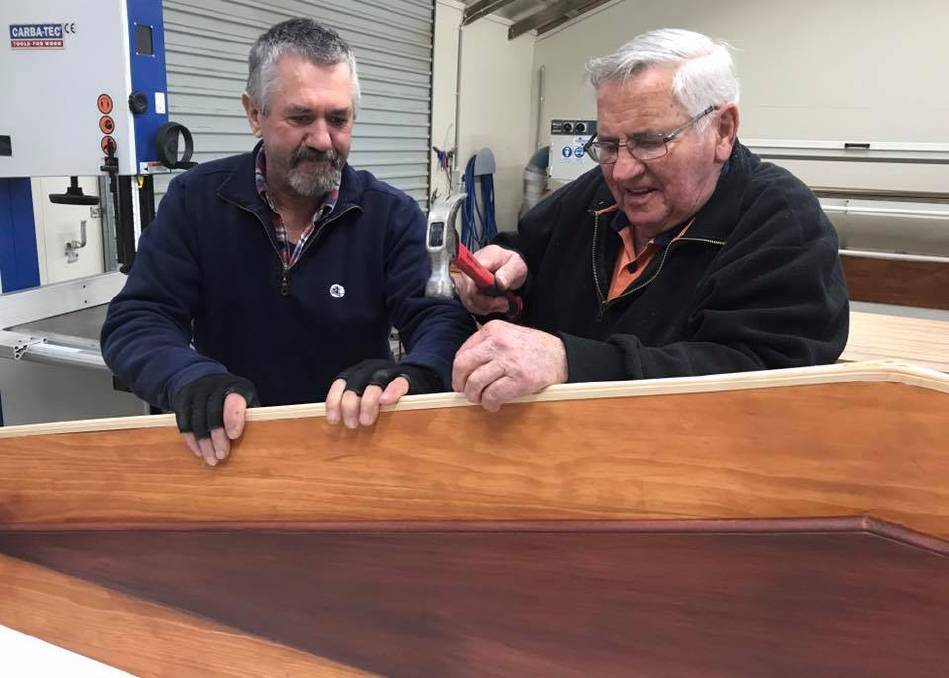 THE Ulverstone Community Coffin Club set up a year ago to allow people to design and build their own coffins.

DEATH might be one of the things you can count on in life, but the details of how you say goodbye might still hold some unpredictability.

Enter the Ulverstone Community Coffin Club set up a year ago to allow people to design and build their own coffins.

What may be considered morbid by some is empowering for others. So far, four people have built their coffins through the club and another three coffins are in the making.

Started in response to a North-West community member's need to make a coffin for their loved one, the club has since developed templates for coffins and secured a space to build them under the guidance of coffin-building mentors.

Lead volunteer Lynne Jarvis said it can take up to six weeks to create a coffin, based on a few hours each week.

"The whole process is about process," she said. "If you're making a coffin as a piece of furniture that's different to those who have a long-term illness."

Making your own coffin can be a cheaper option, but it also means you can personalise it.

"It's also about being in control," Lynne said.

"Whether they build their own coffin or purchase it, it's about having control over that part of the process."

Making your own coffin and painting it purple (or whatever colour or design you want) is one thing; but the more important issue is telling your family or loved ones what your wishes are when you die.

"Those conversations are really important to have," Lynne said. "If nobody knows what you wanted then it's harder."

The club has received inquiries from other communities and organisations interested in doing something similar.

"We've had lots of contact from the mainland, England and the US," Lynne said.

The club is crowdfunding until October 11 to raise money to buy a van to pick up coffin materials, drop off coffins and even transport loved ones after death if needed.

The Community Coffin Club is held every Tuesday at the Community Shed, Ulverstone, 10.30am-12.30pm.

For more, take a look at https://www.facebook.com/CommunityCoffinClub/?fref=ts