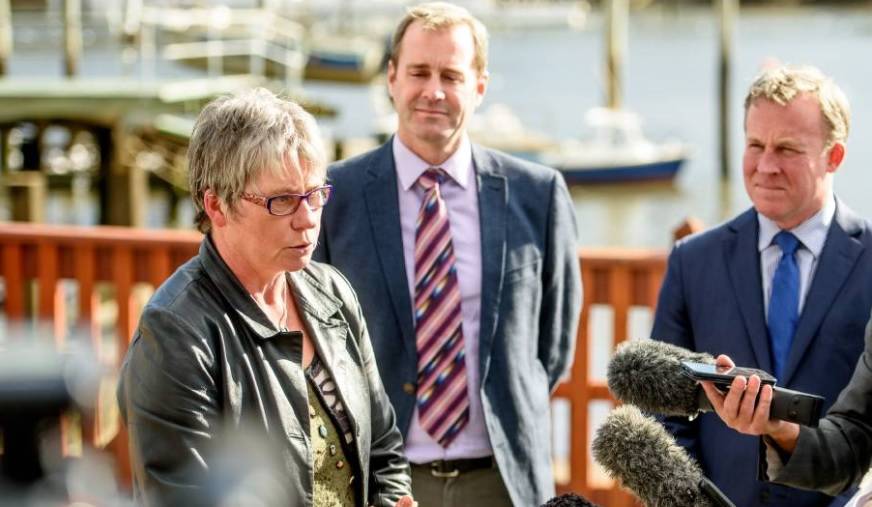 From September 1 medical specialists will be able to prescribe medical cannabis products for patients where conventional treatments have failed.

While the focus is on, but not limited to, paediatrics, Ms Groot hoped as many people as possible took advantage of the scheme.

“I’m hoping that anybody who thinks this may assist them in their epilepsy or their other chronic condition will actually access it because it is proven with the guidelines to be a safe, controlled access scheme,” she said.

Premier Will Hodgman said the scheme would allow people to “access the product in a safe way in a way that ensures people aren't put at risk but most importantly can we hope, ultimately provide comfort and treatment for Tasmanians who are suffering”.

This year the state government allocated $3.75 million to progress the scheme.

Health Minister Michael Ferguson said the scheme was not restricted by age or disease, and the criteria was only a referral to a medical specialist “after a comprehensive clinical work-up”.

“We’ve made it as easy as we can for the patient which simply starts with a message to please discuss it with your family doctor,” he said.

Mr Ferguson said the scheme would begin on Friday and it was then in the hands of doctors to utilise.

He stressed people should discuss changes with their GP.

“We’re encouraging anybody in the Tasmanian community to not change any of your medications without first getting medical advice,” he said.

Unlike other states, Tasmania’s Controlled Access Scheme is not limited to particular diseases.

With a prescription, the government will subsidise the product for patients through hospital pharmacies across the state.