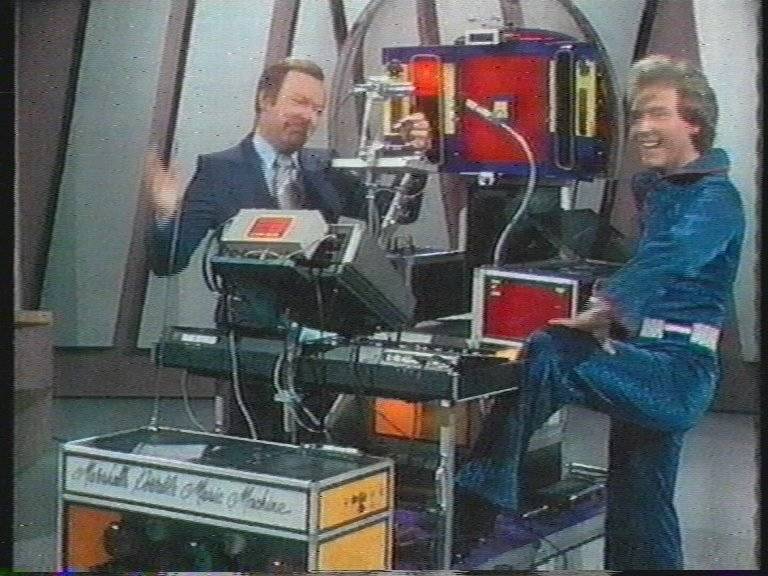 DO you remember Marshall’s Portable Music Machine, the number one 1972 hit single by Robin Jolley?

DO you remember Marshall’s Portable Music Machine, the number one 1972 hit single by Robin Jolley?

Well, this blast from the past is back with his portable music machine and wants to take his show on the road to help dementia patients.

Marshall, as he is known these days (whose real name is Leslie Barnett), might not have had another number one hit, but he went on to become a well known personality, making regular appearances on TV shows including The Today Show with Mike Walsh and In Melbourne Tonight with Graham Kennedy.

Now, he wants to take his talents to nearby retirement villages.

Marshall, 66, recently moved into a Maleny retirement village. He said the experience had opened his eyes to the reality that a lot of residents living with dementia had become isolated and were unaware of the onset of their condition.

“A lot of people have the problem that they can’t really understand there is a problem,” he said.

“People can slow the growth and live out their lives.”

Marshall said research suggested regular “mind exercises” and being aware of the onset of dementia could help delay progression.

“All that (opportunity to) exercise goes when you don’t have a person to sit there and talk with you.”

Marshall noticed that many of the people with dementia at the village seemed isolated from the wider village community.

“To a lot of people, either you’re in the club or out of the club; people don’t have that kind of compassion, kindness and understanding,” he said.

So he began talking to residents who seemed a little lost and, encouraged by their responses, started performing regular live shows with the goal of stimulating minds and getting people to “start dancing and moving”.

Marshall said he would perform at any village within a reasonable distance for a charitable donation of $10 per audience member to be paid directly to Alzheimer’s Australia.

His show, Hits and Memories, is a quirky tribute concert featuring hits from the 1960s and ’70s, which also gives audience members the opportunity to role play and “perform” as acts such as The Beatles with the assistance of wigs and props. Prizes are awarded for best dressed and best performance.

A highlight of the show is a live puppet act, in which participants from the audience put on a ventriloquist’s dummy mask so Marshall can give them a new voice – and make them say some things they might not normally say!

“I feel God gives us a talent and it’s not just about making money, it’s about sharing that talent with others.”