The trial follows research that shows an association between higher levels of brain iron, the presence of the Alzheimer protein amyloid and poorer memory and language skills. 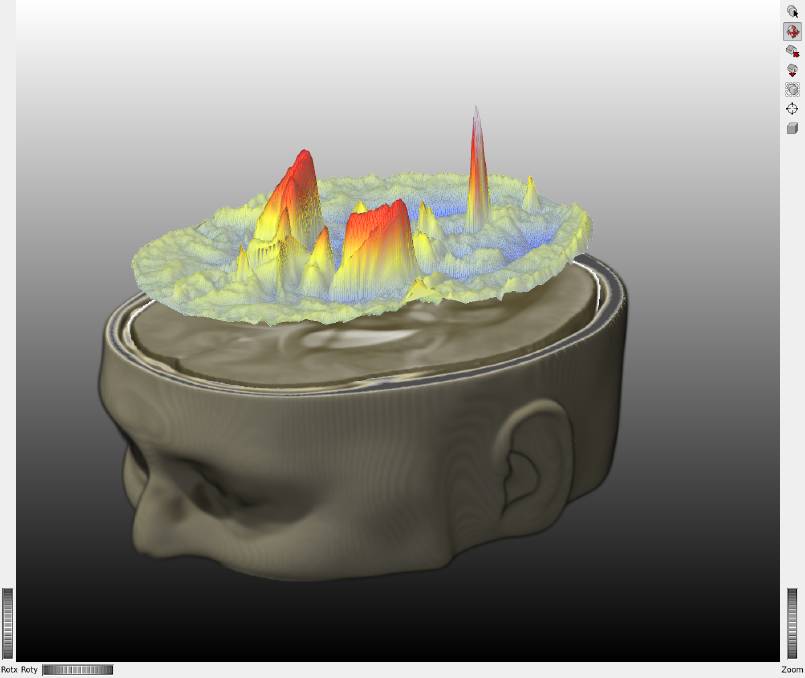 A NEW Alzheimer's disease therapy will soon be trialled in Australia.

The trial follows research that shows an association between higher levels of brain iron, the presence of the Alzheimer protein amyloid and poorer memory and language skills.

It requires participants aged over 65 and who have noticed their memory is declining, or who are newly diagnosed with dementia.

The research into the link between brain iron and Alzheimer's disease was a collaboration between scientists at the Florey Institute of Neuroscience and Mental Health and the CSIRO. It used data gathered from 117 participants in the Australian Imaging and Biomarker Lifestyle study.

Scientists have long known that the slow build-up of a substance known as amyloid in the brain determines whether people will eventually experience Alzheimer's disease.

The Australian researchers have shown that about 30 per cent of people in their 70s have high levels of amyloid in their brain, but confusingly, some retain all their cognitive faculties much longer than others.

Some other factor had to be involved - and it turns out, that something else may be iron.

Six years ago, 117 Australian Imaging and Biomarker Lifestyle study participants had their levels of amyloid protein and brain iron measured using brain scans - PET for amyloid and MRI for iron. Their memory, language, attention and executive functioning were tested every 18 months. The researchers used this data to see whether brain iron and amyloid could predict people's cognitive performance.

"Cognitive abilities like short-term memory, executive function and language ability declined much faster in people with high brain iron levels and high amyloid levels, even if they were otherwise healthy, than those with low brain iron who were also amyloid positive," said Dr Scott Ayton of the Florey Institute.

Although this study used correlations between iron, amyloid and cognitive performance, iron can't yet be called a "causative" agent in Alzheimer's disease but the results make compelling biological sense.

Our powers of language are mainly centred in our temporal lobe (just above where our ears sit) and our frontal lobe, and higher iron in these brain regions predicted poorer performance in language-based tasks.

"These results suggest that iron acts together with amyloid to speed up the Alzheimer's disease process," Dr Ayton said.

"Those individuals with high amyloid but low iron will also eventually go on to develop Alzheimer's disease, but much later than their high-iron counterparts."

The discovery was made possible using technology developed by the CSIRO and conducted in a collaborative study funded by the Co-operative Research Centre for Mental Health.

"We've refined MRI technology to allow the very precise mapping of iron levels in the brain," said CSIRO researcher Dr Olivier Salvado, one of the lead authors of the paper published in the medical journal Brain.

The study opens up a promising new avenue for Alzheimer's drug treatments.

To test the theory, Florey scientists plan to use an existing drug, deferiprone, to "mop-up" excess iron in the brain to see if it can slow down the progression of the disease.

"The 3D trial is extremely exciting because for the first time we will able to assess someone's risk of progressing into cognitive decline without needing to perform invasive and costly tests," said Professor Ashley Bush, one of the research lead scientists.

"We will also be testing a compound that may prevent or slow the natural course of the disease.

"If the 3D trial results prove that low iron slows disease progression, we imagine a future where your GP sends you off for your 60-year health check, including a brain iron MRI scan, which is quick, cheap and painless.

"If you have high brain iron, then we would order an amyloid PET scan. Once we had those two measurements, we could predict the likely onset of Alzheimer's and begin you on therapy to lower the iron, and delay disease onset."

Anyone interested in taking part in the study must live close to one of the participating hospitals in Sydney, Brisbane, Newcastle and Melbourne. To register your interest email: 3D@florey.edu.au

Eligible participants will be contacted when the study opens for enrolment later this year.