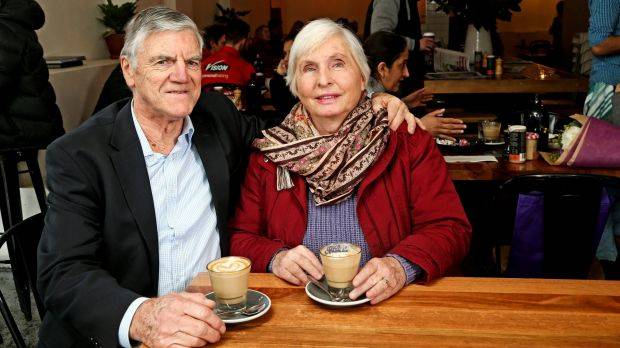 New Zealand just pips Australia to be in fifth place, with Sweden in fourth. Norway takes top spot followed by Switzerland and then Iceland.

The study by Natixis Global Asset Management, a global fund manager, is based on more factors than retiree finances alone. It scores countries on indicators including finances, material wellbeing, quality of life and health.

It also rates the performance of each economy and then combines scores to produce an overall ranking, which it updates each year.

A higher score for Australia for quality of life and finances offset declines in material wellbeing and health, for an overall score of 78 per cent, unchanged from last year.

Kevin Haran, Australia managing director of Natixis Global Asset Management, says though both Australia and New Zealand do very well, they could do better in the material wellbeing category.

"This can be boiled-down to income equality. The Nordics have a lot greater income equality than ourselves," he says. "We are a rich nation, but we are drifting towards being less evenly spread," Haran says.

Australia has had compulsory superannuation since 1992 and the retirement savings pool is expected to increase $3 trillion in just three years, up from $2.4 trillion now.

New Zealand has a government-administered superannuation program called KiwiSaver. It was launched in 2007 and while not compulsory, has a high level of take-up.

New Zealand scores highly in quality of life measures such as air quality and happiness.

It's an impressive result for both countries, especially given that they don't have the cradle-to-grave welfare systems of some of the countries that top the rankings.

However, the overall scores can cover some of the real differences in the experiences of retirees. A survey of almost 600 Australian retirees and just over 400 pre-retirees found that about half have no investments outside of super.

And one of out 10 workers over 60 who were surveyed do not know how much they have in super. More than 60 per cent were "confused" or completely unaware of the government's super reforms and what they mean for them.

"What's clear is that many Baby Boomers – through reliant on super for their retirement – don't understand it and don't have a plan for their retirement," says David Bryant, the chief executive of Australian Unity Wealth, which commissioned the survey.

However, pre-retirees were fairly clear on what they envisioned for their retirement. Financial circumstances and lifestyle are intimately connected.

Many pre-retirees framed their goals in terms of financial comfort and security, wanting to be able to maintain their standard of living, enjoy a few treats, and not have to worry about money.

The most commonly mentioned specific "treat" was travel, with many pre-retirees talking of wanting to explore Australia, visit dream holiday destinations overseas, take an annual holiday, or visit family.

John and Jenny Bold are enjoying their retirement. They live comfortably, though not extravagantly. And though they could afford to go on regular overseas holidays they have been able to give some modest financial support to their five adult children, including help to get a foothold onto the property market.

John, 72, is a former school principal, and Jenny, 67, worked part time but is now retired. John retired from teaching in1999 but continued to work full-time for five years. He still does part-time and casual work.

"How many people are lucky enough to be able to do that," he says.

They live in Vermont in Melbourne's outer eastern suburbs in the home they own. John has a defined benefit pension which is paid for the rest of his life and is adjusted for inflation.

"The super scheme for teachers was a magic scheme and is the basis for our security," John says. "We are by no means wealthy, but that ongoing super for life is just magic," he says.

"We are pretty frugal," he says. "We have just spent a fortnight in the Kimberley, for example, and that is the first expensive holiday that we've had for the last three or four years."

They are both in good health. "I've always had something to do by way of paid work, someone to love and something to look forward to," he says.

Actuary Milliman in its Retirement Expectations and Spending Profiles report, which is based on real-world expenditure data of more than 300,000 Australian retirees, shows those aged 65 to 69 spend a median of $31,068 per person each year.

The Association of Superannuation Funds Australia says single people need $24,250 for a "modest" retirement and $43,665 for a "comfortable" retirement, so the Milliman spending figure is somewhere in between. However, since it's per person, it puts couples closer to ASFA's "comfortable" standard, which is $59,971.Not everyone agrees with the ASFA standards.

The Milliman figure takes into account the substantial contribution of the age pension, set at a maximum of $20,745 a year, including the energy supplement, which funds substantial portion of most retirees' spending.

As the retirement savings should be diversified between investment classes, including shares, actuaries model on the certainty of returns, as there could always be a downturn in investment markets.

Milliman estimates that to fund this expenditure with 75 per cent certainty would require a super balance of about $130,000 invested in a balanced superannuation investment option.

Spending in retirement varies considerably across the country. Canberra residents have the highest annual spend of any region in Australia at $38,923, while Tasmanian metro residents spend the least at $28,816.

A Canberra resident would need a far higher balance, $280,444 at retirement, to fund their greater median annual spend of $38,923 with the same level of confidence.

That's more than twice as much super, although the age pension would still provide two-thirds of expenditure over the course of retirement. By contrast, a Tasmanian metro resident would need a super balance of just $91,829 to fund their much lower median annual spend of $28,816.

The biggest single factor, apart from health, in standard of living in retirement is likely to be whether or not the retiree owns their home.

It's becoming clearer that housing affordability, particularly in Sydney and Melbourne, has wider implications than just for the young trying to get a foothold on the property ladder.

Skyrocketing house prices are increasing the gap in living standards in retirement between those who own the property they live in and those who rent. And the gap is likely to widen.

Home ownership in retirement is important, not only because the retiree is not paying rent or making mortgage repayments but because of the privileged position it has within the tax and superannuation systems.

And, of course, it's not only the cost of the rent, but the lack of security when living in rented accommodation that can be particularly worrying in older age.

Milliman finds the impact of home ownership is biggest, not surprisingly, in the parts of Australia with the highest rents such as Sydney, Melbourne and Canberra.

Sydney retirees residents stuck in the private rental market are not so fortunate. They must find a further $21,679 a year, based on CoreLogic median estimates net of Centrelink Rent Assistance.

To fund Sydney homeowner's annual expenditure through retirement with 75 per cent certainty requires a balance of just $145,597.

However, to fund non-homeowners' much higher annual expenditure through retirement with the same certainty would require a super balance of $595,482.

An increasing portion of the population is renting for life.

The latest census data shows how the housing affordability pressures are really starting to hit home.