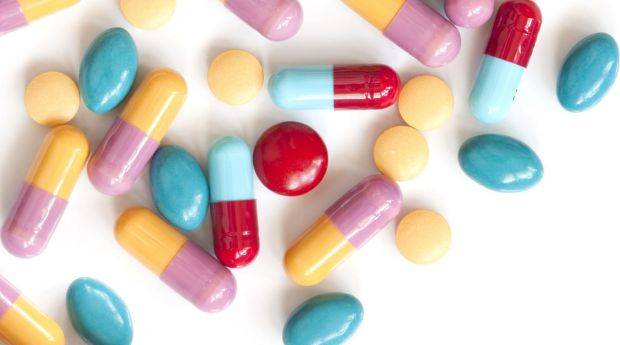 AUSTRALIAN GPs are prescribing antibiotics at up to nine times recommended rates, a new study has found, in a trend that could see the emergence of deadly superbugs and put common medical procedures at risk.

AUSTRALIAN GPs are prescribing antibiotics at up to nine times recommended rates, a new study has found, in a trend that could see the emergence of deadly superbugs and put common medical procedures at risk.

Antibiotics are not recommended for people with chest colds caused by acute bronchitis or children with bronchiolitis. But patients with these conditions were given antibiotics in 85 per cent of cases, a study published in The Medical Journal of Australia has found.

Making sure antibiotics are only taken when absolutely necessary is something that will help fight the spread of superbugs, says Professor Cheryl Jones.

Researchers believe that GPs were prescribing antibiotics at a rate four to nine times higher than recommended by clinical guidelines for acute respiratory infections including rhinosinusitis (which affects the nose and sinuses) and bronchitis.

Up to 4.61 million patients could have been inappropriately prescribed antibiotics.

"We knew that Australia was a higher prescribing country. We didn't it expect it to be quite as extreme," Bond University Professor Paul Glasziou said.

"We can't continue the rates of antibiotics prescribing because we don't have new antibiotics to use, and we are developing resistance to all the ones that we got."

The overuse of antibiotics is a global problem that has accelerated the emergence of drug-resistant superbugs.

About 700,000 deaths every year are blamed on antimicrobial resistance and there have been warnings the toll could rise to 10 million people annually by 2050, which is more than cancer kills today.

Antibiotic resistance could also undermine the basics of modern medicine, by making it dangerous to perform chemotherapy and major surgeries such as caesareans and hip replacements.

"We need to take action now if we don't want this to be a complete disaster in the decades to come," Royal Australian College of General Practitioners president Bastian Seidel said.

The latest Australian study used research from about 22,500 cases managed by GPs over five years to March 2015.

The researchers believe GPs over prescribing antibiotics may be worried about missing a serious infection or complication in their diagnosis, an idea backed by Australian Medical Association vice president Tony Bartone.

"Nowadays we are always very, very cautious to make sure we are covering all possibilities and that over cautiousness can sometimes come back to bite us," Dr Bartone said.

The Melbourne GP explained the vast majority of respiratory infections were caused by viruses "and viruses do not respond to antibiotics".

Dr Seidel said he was not surprised by the study's findings and said that patients often had unreasonable expectations about when they should receive antibiotics.

But he said the over prescribing rates may also be inflated by the practice of "delayed prescribing" – where scripts for medications were given for people to use only if they got worse.

"We are telling patients 'look it sounds like it is a mild infection, give it two or three days, and if you're not improving then use the antibiotics, but not before," Dr Seidel said.

While Australia is a big user of antibiotics in the community compared to countries such as the Netherlands, Sweden and Denmark, Professor Glasziou said this overuse should not be blamed on Australian patients or the Australian psyche.

Instead, he said Australia needed a better education and management program, with initiatives such as encouraging delayed prescribing of antibiotics and using test kits to establish if antibiotics were needed.

Last month letters were dispatched to 5300 Australian GPs warning them they all had a higher than average rate of antibiotic prescribing, as the Department of Health continues to monitor dispensing of antibiotics.

Concerns have also been raised about antibiotic use in farming and in hospitals. In Australia's hospitals on any given day in 2014 almost 40 per cent of patients were given antimicrobials, with almost half inappropriately prescribed or flouting guidelines.