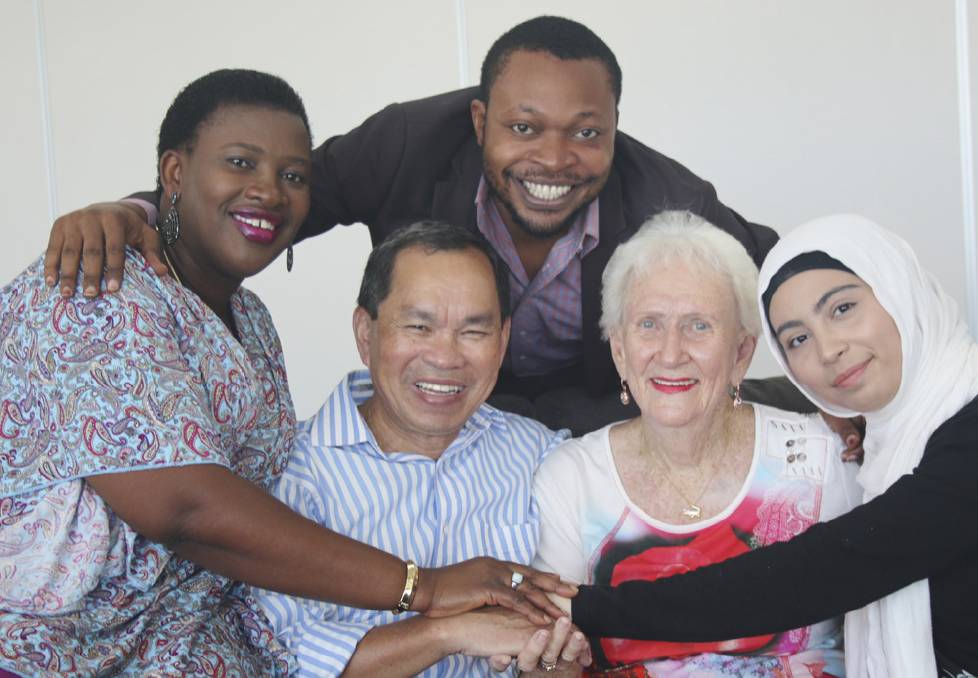 LOGAN'S Noeline Clamp is an incredibly giving and tolerant woman. It takes a lot to rile her.

LOGAN'S Noeline Clamp is an incredibly giving and tolerant woman. It takes a lot to rile her.

But after more than 30 years of opening up her home and heart to newly-arrived refugees from war-torn countries, the 81-year-old is tired of having to justify her actions.

“Unless we are of First Australian heritage, we (in Australia) are all migrants. We or our ancestors have come here from other lands,” an exasperated Noeline said.

“Yet the number of times I am asked why I put time and money into helping ‘foreigners’ instead of Australians – well, it beggars belief.

“I do it to give these human beings who have been through unimaginable hardships – experiences that would break many an Aussie’s spirit – a chance to feel welcomed and appreciated and safe.

“I hope our efforts give back some stability.”

Noeline says many of the negative headlines so often seen in the media are based on ignorance and fear. “What I’ve learned above all else is that despite the atrocities, despite the losses refugees endure, they retain faith in humanity.

“They are so grateful for what they have and they repay it by working hard and studying hard.”

Hundreds of refugees have come into Noeline and husband Des’s lives.

Originally the couple and a small band of friends scrounged op shops to kit out private rental units in Logan City for arrivals from overseas refugee camps.

Over the years, men, women and children from nine nationalities found sanctuary in the Clamps’ own three-bedroom townhouse when rental accommodation was not available.

The couple have been there for refugees for the long haul, through crises and celebrations.

“She is Mum to so many of us,” said Blaise Itabelo, 28, originally from Congo.

“Most come to this country with no family and so much to learn.

“To find someone like Noeline, who is truly like a mother teaching a child the ways of life, it makes settlement so much easier.”

And the care works both ways.

When she was seriously ill recently, it was refugee women who Noeline had helped settle into Australian life who showed up nightly with meals.

The volunteer effort Noeline and Des began has now turned into the not-for-profit multicultural organisation Access Community Services for which they continue to volunteer.