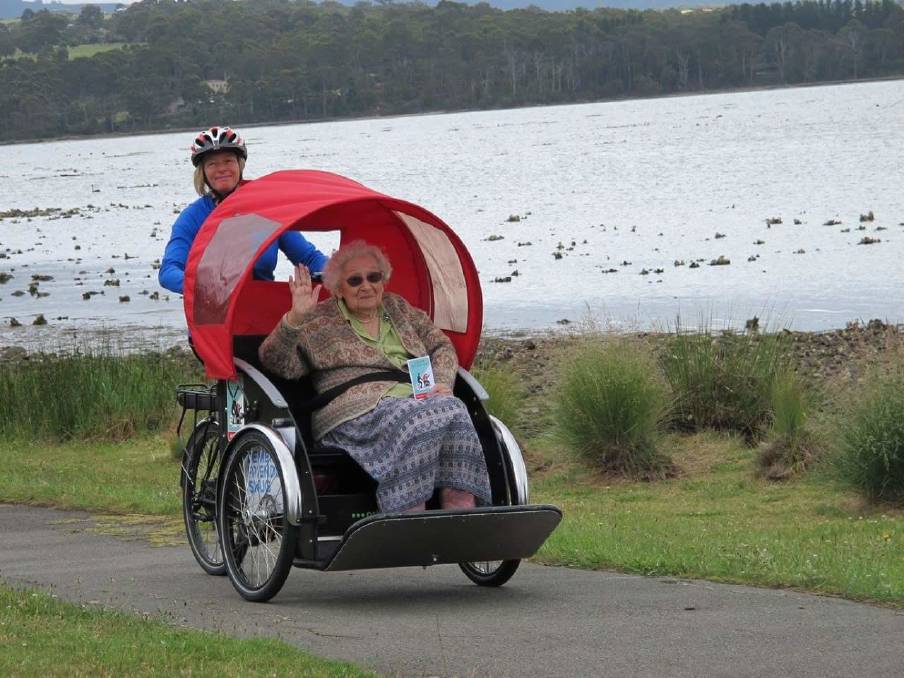 FULL CYCLE – Cycling Without Age aims to take seniors down memory lane by offering them bike rides... and it’s about to start in Australia.

OLDER people with mobility issues will be absolutely “spoked” about a new initiative that aims to get them out in the fresh air and engaging with the wheel world.

OLDER people with mobility issues will be absolutely “spoked” about a new initiative that aims to get them out in the fresh air and engaging with the wheel world.

Cycling Without Age, a social program that started in Copenhagen in 2012, is coming to Australia.

The program aims to connect seniors and less able bodied people with volunteer cyclists who take them for a ride on customised bikes called trishaws.

Co-founder Dorthe Pedersen was working in the Health and Care Department at the City of Copenhagen when she first met Ole Kassow, who had a dream to get older people back on their bicycles. But he had to account for the fact that many were limited in their mobility.

After regularly noticing an elderly neighbour sitting outside the same cafe day in and day out, Ole decided to offer him a ride on his cargo bike.

The man enjoyed it so much that Ole was soon offering rides to residents in a local nursing home and thinking about developing a customised bike.

When he approached Dorthe in her role with the City of Copenhagen to seek financial support to build the bike, she knew she wanted to get involved.

Dorthe had been working to develop initiatives to reduce social isolation and loneliness in her previous role and was immediately intrigued.

“No one wants to be isolated and excluded from society. Everyone wants their voice heard,” she said.

While the initiative primarily took a mental health approach, the act of being out and about on a bike also provided some physical benefits and improvements to overall quality of life.

“If they are talking to other people on the streets, people are much more inclined to look after themselves physically,” Dorthe said.

She said the experience had helped to improve the eating and sleeping patterns of a number of participants and had been beneficial to dementia patients.

Cycling Without Age is now available in 28 countries and owns 500 trishaws in Denmark and 1000 worldwide.

Project facilitators in NSW, Tasmania, Victoria and the ACT have already signed up to help establish chapters.

Dorthe said the group was interested in hearing from anyone who would like to take part, either as a passenger or volunteer, as well as those interested in being facilitators in states and territories where the project has not yet been established.