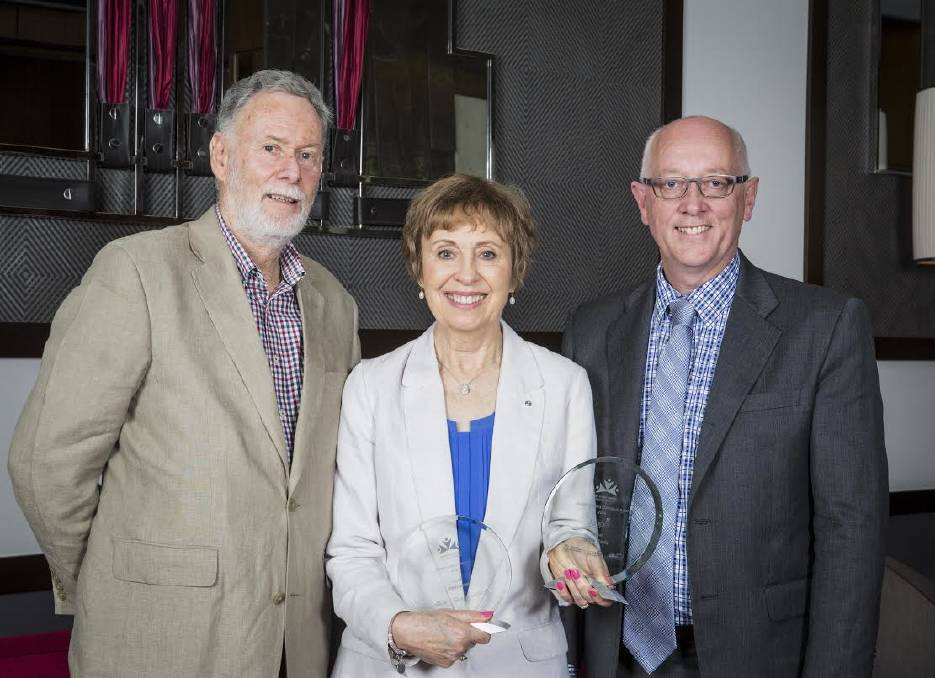 MOUNT Hawthorn resident Jenny Davis has been celebrated for combining her love of the theatre and her passion for a good story to strengthen ties between seniors and the wider community.

MOUNT Hawthorn resident Jenny Davis has been celebrated for combining her love of the theatre and her passion for a good story to strengthen ties between seniors and the wider community.

The 67-year-old actress and director was announced as the 2016 Juniper Champion for Seniors at the Western Australia Seniors Awards during Seniors Week in November.

Mrs Davis received the award for her outstanding contributions to the Agelink Theatre community project, which she formed in 1993.

She said her father had grown up as a child in England during World War II and she had always wanted to “collect his stories”, but when he died, she realised she’d missed her chance.

After some thought, she began asking seniors in her community about their stories with a view to taking them to the stage.

“I really wanted to celebrate seniors, help to affirm their value and show them they still had a lot to offer,” she said.

“I’ve been very fortunate to work all my life in the arts as a director, so it’s really nice to give something back.”

The organisation stages interactive, intergenerational theatre projects based on the real life stories of seniors.

Mrs Davis said she had heard some amazing, harrowing and eye-opening stories over the years.

She recalled a Serbian woman telling of how she and her brother hid in their cellar alone as German troops searched their house during World War II.

“Their mother had been killed and their father was fighting in the war,” she said.

“They could hear boot heels clacking on the floorboards overhead.”

When the soldiers finally left, they had taken most of the food, but the girl and her brother managed to survive on goats milk until they were found and rescued from the property a considerable time later.

“What people can live through and survive is just extraordinary,” Mrs Davis said.

She said each production took a different shape, which was dependent on the stories themselves.

Some productions have taken place in theatres, while others have been staged at schools, nursing homes and other community venues.

Many of those who started out contributing stories for the group have become involved in other aspects of the creative and production processes.