THINGS are looking up for battling little Coonalpyn. A public art campaign is under way to restore the fortunes of the community in the Coorong district, with a 30-metre-high mural on its grain silos the centrepiece. 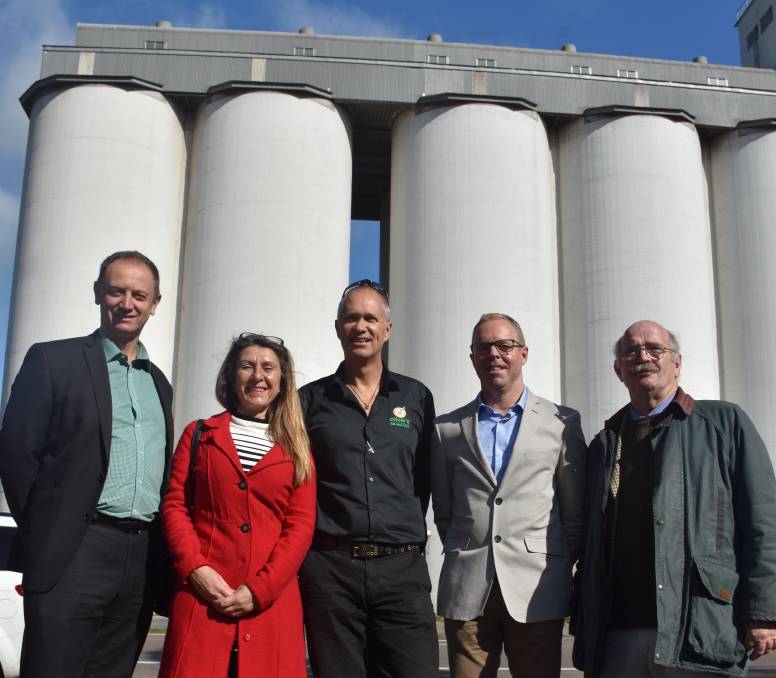 THINGS are looking up for battling little Coonalpyn. A public art campaign is under way to restore the fortunes of the community in the Coorong district, with a 30-metre-high mural on its grain silos the centrepiece.

Creating Coonalpyn is a program focused on renewal through the arts. Altogether, it will comprise six community arts projects led by Coorong District Council, the Regional Arts Council and Country Arts SA.

The mural will cover the front five cells of the Vitrella-owned Coonalpyn Silos, with artwork completed by Brisbane street artist Guido van Helten, who will work with the community to develop the design.

Van Helten is no stranger to this kind of work. He spent a month in the Victorian town of Brim getting to know the locals, some of whom he chose as his subjects for the mural there.

Once struggling, the tiny town in Wimmera now attracts tourists from around Australia and the world – a feat Coonalpyn aims to emulate.

Located on the busy Dukes Highway, the new mural will be seen by thousands of vehicles each day.

Coonalpyn District Council mayor Neville Jaensch said it would “literally stop these travellers in their tracks”.

It is also hoped the project will energise the community of 200-odd residents, which is facing a range of economic and social pressures, many of them brought on by drought.

Already, local youngsters have come up with the Twitter hashtag #futureselfie.

Other Creating Coonalpyn projects will be an upgrade to the existing student artwork installed at the railway underpass; a high-impact artwork along the highway route; a large mosaic in the centre of town; an environmental installation representing local farmers; and 20 nylon applique panels to be exhibited in shop windows.

Other positive developments are in the offing.

Fast-growing franchise Oliver’s Real Food store will open its first SA business in the town next year, adding to its list of stores in NSW and Victoria.

former supermarket, which, in a blow to the community, closed its doors this year.

In anticipation of the opening, Mr Gunn has also begun to sponsor community initiatives.

“I knew there was something special about the Coorong region when I first visited in 2015, and I’m looking forward to being a part of what is an exciting time here,” he said.

In even more positive news for the region, the council will this year launch a preventative health program – Coorong Healthy Highways – that will help local cafes, restaurants and food retailers create healthier menus for people travelling throughout the area.

Again, it is the only initiative of its kind in the state.

And less than an hour’s drive way, the multi million-dollar The Bend Motorsport Park is under construction near Tailem Bend, making Coonalpyn a perfect pit stop en route.

Among other races, it hopes to host a round of the V8 Supercars during next year’s championship.

Plans are also afoot for rally, rallycross, drag and karting circuits, a hotel, caravan and camping ground, and even an airstrip and pilot school.