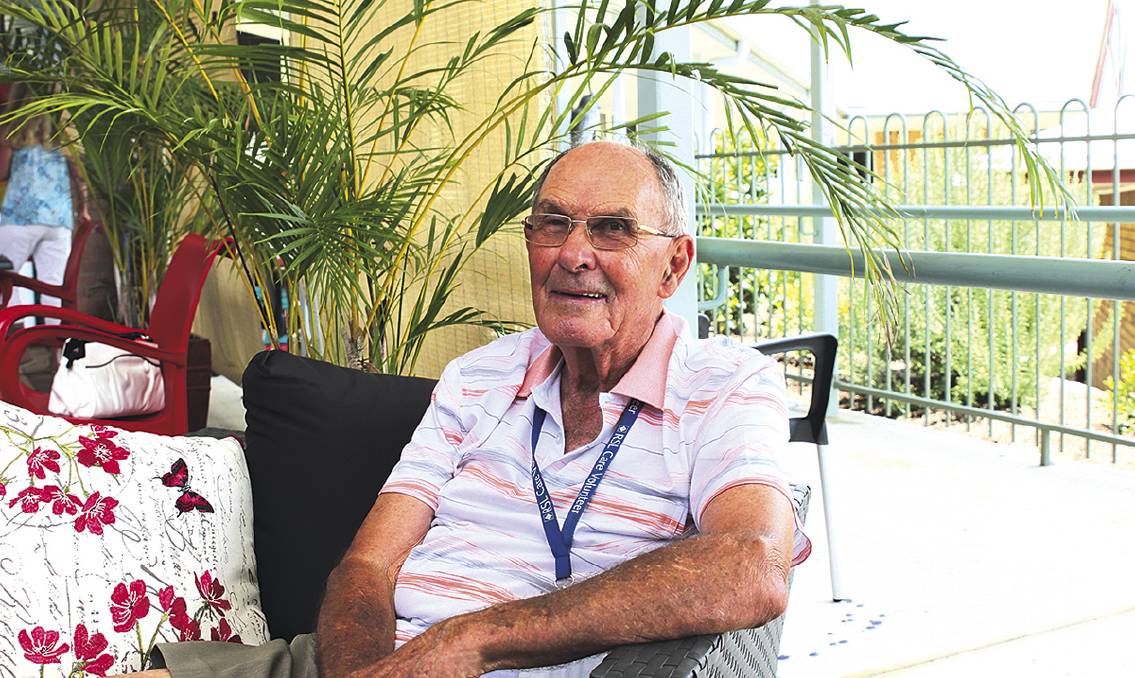 Volunteering at RSL Care Inverpine is a labour of love for John Gray.

VOLUNTEERING at RSL Care Inverpine is a labour of love for John Gray.

John, 82, was named Queensland Organisational Volunteer of the Year at the Aged and Community Services Australia awards in June for his outstanding contribution to residents at the Murrumba Downs community over the past three years.

His volunteering role began in 2013 when his wife moved into residential care.

“I started volunteering at Inverpine because it was my way of saying thank you to the staff here for taking such good care of my wife,” he said.

“I felt I could never fully repay them for what they have done but I was sure going to try.” Now John sees his wife every day and enjoys chatting with staff and residents.

He is one of 400 RSLCare volunteers who contribute thousands of hours each year.

The Employee of the Year award winner was Tracy Foster, of RSL Care Darlington, in Banora Point.

The organisation award was won by integratedliving Australia.