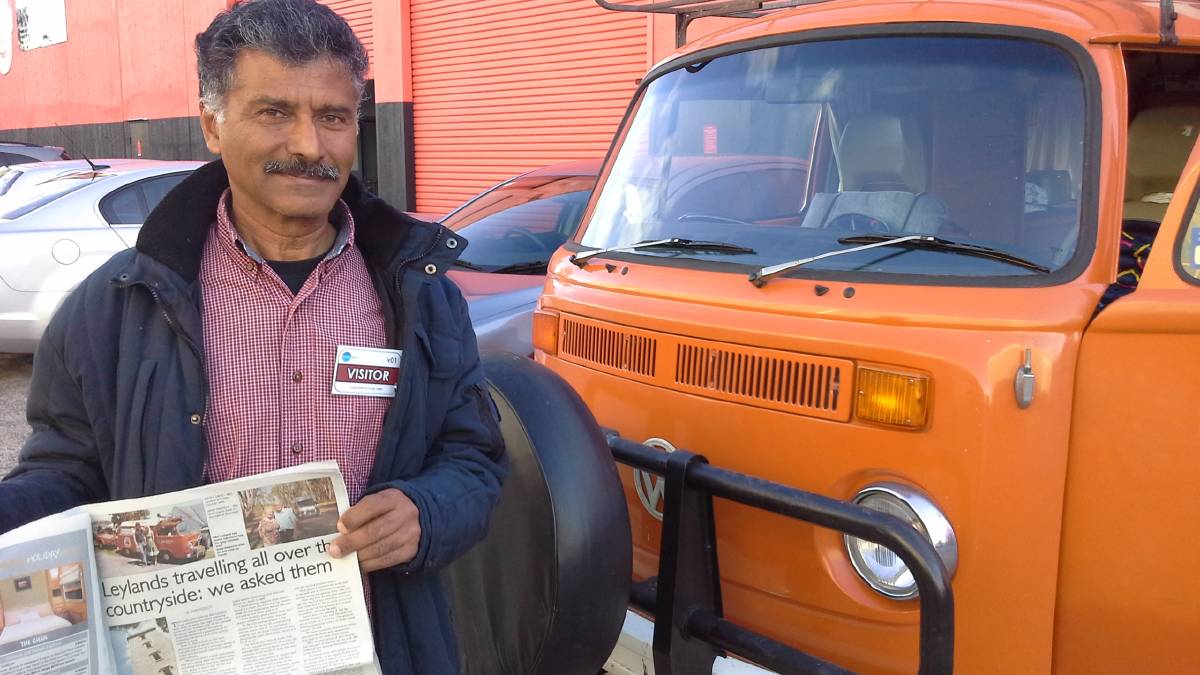 THE famous orange Kombi in which Mal Leyland and his family travelled all over the countryside in the 1970s has been rediscovered.

THE famous orange Kombi in which Mal Leyland and his family travelled all over the countryside in the 1970s has been rediscovered.

Alive and well on the Central Coast, the Kombi has been a treasured member of another family for decades – and has had a few adventures of its own.

The connection with the TV adventurers was only realised when Central Coast man Ash Baweja saw a photo of the van while reading an article about Mal in January’s issue of The Senior. The retired 61-year-old engineer was immediately struck by the Kombi’s similarity to the one his parents, Paul and Kamla, bought from a young couple (not the Leylands) in 1978.

“I thought that looks very familiar – the white edge on the roof and the roof bars were just the same,” he said. “Then I happened to look at the registration number and there it was – it was the same vehicle!”

Kamla, now 85 and living with her daughter’s family in southern Sydney, told The Senior she was so happy to learn the van belonged to the Leyland Brothers.

“My husband would have been thrilled – we really enjoyed the van.”

Like the Leylands, the couple also toured Australia in the van. “The story of the Kombi is the story of my mother, Kamla,” Ash said. “At the age of 29 with three children under six she relocated from India to Ghana, West Africa, with my father’s work as an electrical engineer in 1959.

“My father, Paul, owned a succession of air-cooled VWs, beetles, station wagons, and like so many people of the era, grew fond of the reliability and characteristic sound of the old VW engine.”

The family emigrated to Australia in the early 1970s and for them, like many others, a good holiday was a camping holiday, tent pegs and all.

“Not content with staying put in one place, the tent was ritually put up and down while travelling to Wilsons Promontory in Victoria as well as many locations in NSW,” Ash said.

“The inspiration to explore Australia may well have come from watching the Leyland Brothers episodes.

“After the tent got wearisome, along came the VW Kombi with a familiar engine sound. “Many trips ensued – North Queensland, the Nullarbor, Uluru, Tassie, WA and, in 1996, the trip around Australia.

“Over many short trips the Kombi was gradually kitted out for ever longer journeys, taking two months to plan the longest trip of 73 days, which was the round-Australia adventure.”

Kamla said it was a happy time for the couple. “My husband enjoyed travelling but also home meals, so we divided the work. He was the driver-mechanic and I was the cook.” And what a cook she was, conjuring up a daily fare of chapattis, dahl, yoghurt and spiced vegetables.

“The curried aroma of the Kombi attracted many curious campers, and often she would cook double portions to share with friendly campsite neighbours,” Ash said.

“Every space in the Kombi had a function, with the yoghurt maker being placed in the driver’s footwell during the overnight stops. The only time they ate out was at Point Samson (in WA) for the famous fish and chips and on the Indian-Pacific during the return journey home to Sydney.”

An Indian-Australian couple exploring the outback in an orange Kombi was not a common sight in outback Australia, but Kamla always remembers the kindness of the people she and Paul met along the way.

“We felt welcome wherever we went. “I enjoyed all the trips – it was less work in the van than in the house!”