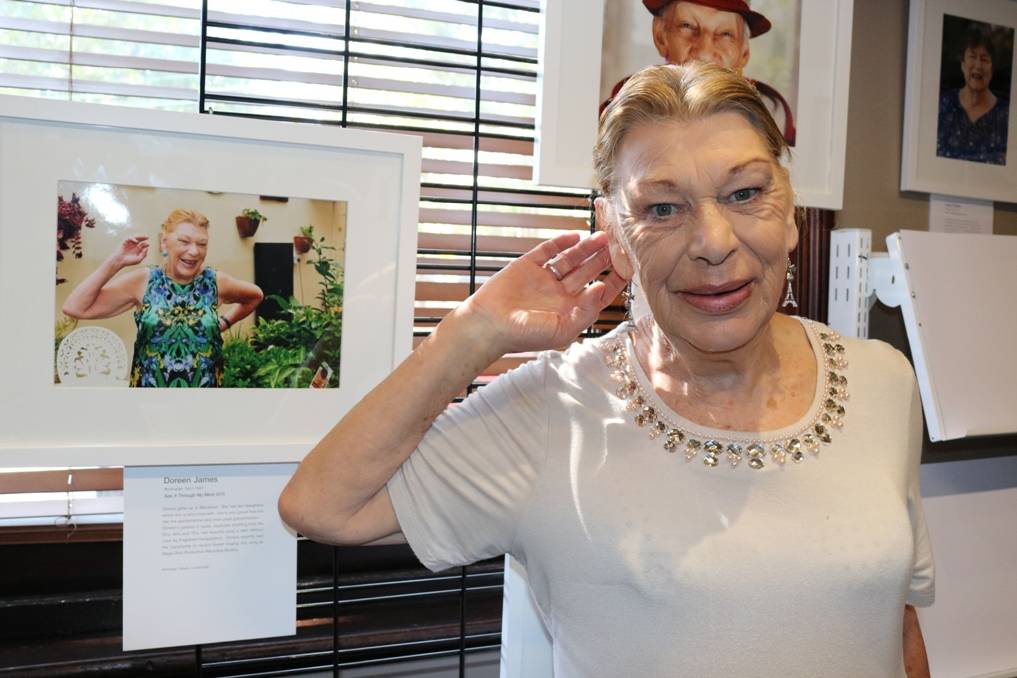 THIS IS MY LIFE – Doreen James poses in front of her portrait at the See It Through My Mind exhibition.

About 30 residents of Annesley House in Leichhardt became celebrities in a special photographic exhibition that aimed, in part, to raise awareness of mental health issues.

ABOUT 30 residents of Annesley House in Leichhardt became celebrities in a special photographic exhibition that aimed, in part, to raise awareness of mental health issues.

Annesley House is an 86-bed home operated by Uniting (formerly UnitingCare). It caters for seniors who have previously been homeless or who are living with mental illnesses.

Held in conjunction with Mental Health Month, the See It Through My Mind exhibition featured a series of portraits, with a brief narrative revealing something about the life story of each resident.

The idea for the exhibition came about because many residents had never had a professional photograph of themselves and some, for many years, had not even had a home in which to display photographs.

Staff contacted Leichhardt professional photographer Justin Buckland, who volunteered his time to take the portraits in the Leichhardt area and at Annesley House.

The exhibition also aimed to look beyond the mental illness to focus on the person and their story.

The opening featured background music from a recording of Annesley House residents.

Many of them love to sing and play instruments, so staff arranged for a visit to a recording studio to produce a professional audio recording.